Woman! A devoted mother, caring wife, dedicated daughter, a loving sister and the list of her roles continues. Our society respects, values and encourages woman. But how safe is today’s world, for women?
This Page Has Inspired
1378
People So Far.. 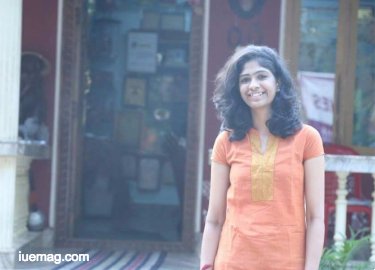 Despite, all the insecurities, challenges and fear, very few of the women overcome the negative comments, ignore the discouraging statements and jump out of the boundary in which they are locked in and shine greatly by standing as an inspiration to the entire world.
Breaking all such stereotypes which hinder women, the young enthusiast cultures the sense of courage and gives it a unique flavor in her own way. Being bold enough to object the wrong and rising up for right, she dived deep into the darkness of begging mafia in order to uproot it and uplift the society. Here is more to it!

Introducing to you, Shrigouri S. Joshi, the brand ambassador of courage and determination, never hesitated to go by her will even in the toughest of the toughest situations. Born and raised in a city of India, she had a keen interest on social issues and concerns right from her childhood. The same acted as a base for her to take up journalism. “Although, I took up science as my course subject till my twelfth grade, I chose to go by my passion” is what she says in regards to her career. Presently, working as a lecturer at Alvas Education Foundation- center for Post Graduate Studies and Research, she has published more than 200 reports and 40 articles in newspapers and websites including multimedia productions. All of us set goals but how many of us really achieve them? 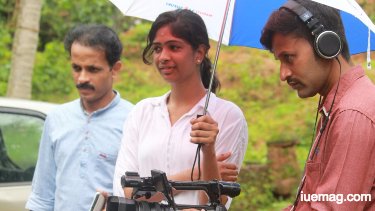 How many of us put in all the necessary efforts to become successful in our lives? This makes the difference between an aspiring achiever and an achiever. Gouri’s story clearly depicts that life gets its meaning only when the purpose for which we are born, is fulfilled. Following the policy of ‘growing together,’ she has always been attracted towards helping and raising people. Her love for children and her craving to free them off every thorn of the outside world made her decide to uplift the society by raising her voice against the evils of begging mafia, all alone.

"Begging mafia is one such issue which literally gives goosebumps. Although the intensity of seriousness of the issue and the gravity of the situation are known, there is lack of concern and attention to deal with it effectively. The term "begging mafia" in itself frightens us. I am a person who never quit irrespective of any challenge. This quality helped me climb every step to free the victims- women, kids and old-aged people, from the trap” shares the lady.

Courage automatically takes its place when you are bound to the end purpose. “I remember the times wherein I followed the beggars and spoke to them for collecting information, which was not an easy task at all! Even after facing many rejections, I still had a thick ray of hope surrounding me that kept me going” she confesses. 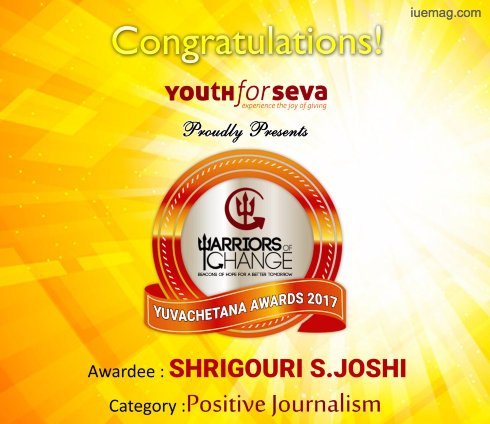 The kids from the slums are rented and they are commanded to beg; women and old-aged people are taken under control and are ordered to beg. Some of them would crave to escape from this evil while some get back to the trap even if they are given a chance to cure themselves at rehabilitation centers. Realizing that there is a serious need to eradicate the problem, the socialist took part fervidly to portray her ideas to solve the issue.

Sometimes, the problem may seem like a giant and we may feel it is beyond our abilities to resolve it. The issue which she dealt with was no different from the mentioned perception. As her focus was entirely on freeing the people from this dark evil, she used what she already had. She employed her writing skills to actively stand against the wrong. However the fact- words do it all cannot be denied. Inking down not just her views but also the description of the reality, she knocked righteousness. The impact which she created through her work and deeds has immensely contributed in igniting, influencing and inspiring the young nation to do its part in promoting the welfare of the society. The academic excelian ranks 2 for her bachelor’s degree at Mangalore University.
Get the Latest & Recommended articles in your Inbox 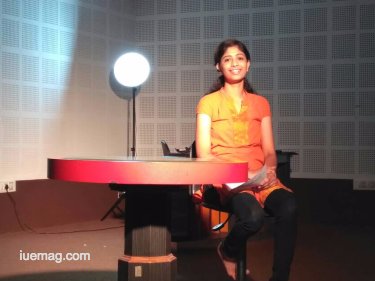 The society has given so much to us. What are we going to give back to it? It’s just a little love, care and concern. When the world is the reason for our wellbeing, don’t you think it is essential for us to be the reason for its further betterment? The real hero nurtures the nation by what he/she already has. It’s a mere positive attitude and open mind that is required to devote ourselves to pour light on our society. Demonstrating the heroism of service, shri gouri celebrates the meaning of growth, victory and realization.

“We must certainly grow but our progress should not stamp others. Success cannot be achieved easily and even if we do, it may not be retained on long term. But, when you win it through hard work, along with you the world also shall cherish and respect it” are her words of guidance. Being deaf to all the negative comments and criticism, focusing only on the goal and neglecting the noise of discouragement, and wearing the jewel of courage, dedication and determination, she has been an exemplar & a role model to the doers and dreamers in the world.

We wish her all the success.

Many inspiring stories are all around us, there are many doing great work but aren't getting the deserved pat on their back and there are even more who could have taken a leap had they just received that little appreciation for what they have already done. We hope we @iUeMagazine can be quick applaud for such incredibly inspiring work. If you know anyone who you think deserves to reach the world with their story simply eMail us.
Copyrights © 2023 Inspiration Unlimited eMagazine

This Page Has Inspired
1378
People So Far..
Any facts, figures or references stated here are made by the author & don't reflect the endorsement of iU at all times unless otherwise drafted by official staff at iU. This article was first published here on 30th September 2017.
Rakshitha R
A very positive lady who is envisioned to inspire young minds.