There is no place for religion in education

What is the role of religion and church in modern society and, in particular, in education? Can society be considered modern if religion reigns in it?
This Page Has Inspired
1434
People So Far..
It's very hard to shoot cartoonists, blow up skyscrapers, kill teenage homosexuals and imprison young singers if you do not believe that you do it for God. But if you do it for the Almighty, then everything is fine. God is the best way to avoid responsibility.

It is impossible to believe in what you know exactly, for example, in the fact that two times two is four. But you can believe in something about which you have not the slightest idea.

"I believe" always means "I do not know". Unfortunately, if we are talking about religion, it should sound like "I do not know and do not want to know". Therefore, in the religious countries, branches of science that study the nature of human, the origin of life and the work of our consciousness develop very slowly.

But science has already answered many "eternal questions" about what is a soul, what is the meaning of life, how love arises, why there is an evil in the world. But most people categorically do not want to hear these answers. Firstly, in order to understand them, they need a certain education. Secondly, these responses kill a fairy tale, a faith, and a dream. So, 70% of the planet's population stubbornly plug their ears with the fingers, close their eyes and struggle not to learn something that could shake their faith.

Knowledge destroys religion, so even Thomas Aquinas highly recommended throwing a mind to dogs if this mind interferes with faith.

It is much more expedient to devote more time to studying mathematics and foreign languages at school than to spend it on religion. But apparently, educational institutions will not soon abandon a medieval worldview. Even in the age of digital technology, students are often asked to write essays about what they mean by God. It is difficult for the generation which grew on atheistic and agnostic ideals to answer such questions, so most teenagers simply order ready-made works at a paper writing service. Such tasks are absurd, because religious reflections seem to the discussion of aliens or Santa Claus (things that no one has seen) will all seriousness.

God is a side effect of evolution

A human is a super-social creature specializing in the exchange of information. Our children try to talk before they get to their feet, and all our lives, we do not stop talking. In the absence of people-interlocutors, we talk with animals. In the absence of animals - with inanimate objects. And almost always, we are in a silent but intense dialogue with ourselves.

The presence of a constant interlocutor (the invisible, usually benevolent and knowing us better than we know ourselves) in our brain has greatly contributed to the birth of the idea of God. You could always turn to him at a difficult moment, complain about enemies and promise that you will behave well after getting what you want.

It is not surprising that the first place in the list of all possible evidence of the existence of God is occupied by the so-called "ontological argument" put forward in the XI century by Anselm of Canterbury. In a simplified form, it sounds like this: "God exists because we have an idea of him in our heads."

But it seems that this argument works well in the opposite direction: the presence of God in our heads is a reason to doubt his existence, especially if we consider that SpongeBob and Little Mermaid live next door to him.

However, if religion was just a sweet healing balm for exhausted souls, atheists would not throw rocks at it. The fact is that religion, like any ideology that wants to survive and develop, inevitably needs to conduct loyalty checks among its fans.

The phenomenon of "expensive proof of loyalty" can be found in a life of many group animals, for example, baboons. The individual who wants to be accepted into a group of conspiracy baboons planning to overthrow some of the older males in the future proves his loyalty to the group by teasing these patriarchs and being punished with very painful bites. Having proved in such a way that he is worthy of trust, the young baboon adjoins the conspirators and, in order to stay in this group, periodically repeats the suicidal teasers of the elders.

The mechanism of such proven loyalty is simple and effective: the more sacrifices we make to belong to any diaspora, the more we value it, the more we oppose ourselves to those who stayed outside the diaspora, and the more we trust our fellow parishioners, because we are in the one boat now. Also, this mechanism works with the initiation of adolescents in primitive tribes, with members of student communities. It is highly respected in secret societies.

All successful religions are also based on it. Followers of churches and sects constantly have to sacrifice, often contrary to common sense. Regular refusals of food, five-time daily prayers, severe restrictions on entertainment, the requirements to wear a certain kind of clothes, to shave the head, to give vows of silence, self-flagellation and self-castration - the history of religion has an extensive range of "expensive proofs of loyalty".

And of course, betrayal of faith must be punished in the most severe way: evolutionary logic forces churches to cruelly pursue "traitors" in order to frighten and hold the rest of the flock under control.

In a society that seeks to build a comfortable, intelligent life based on the principles of universal convenience, it is very difficult to combine this comfort and logic with self-restraint imposed by religious communities.
Get the Latest & Recommended articles in your Inbox 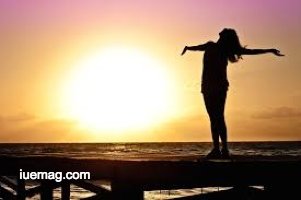 As the shark was turned into an ideal machine for murder by evolution, Islam and Christianity managed to survive and win because they severely separated the "faithful" from the "infidels", issued prohibitions, sent to the bonfires everyone who dared to publicly express doubts. So these religions turned into perfect instruments for the extermination of all competing ideologies.
Another situation was in Buddhism, the success of which was based on the ability to perfectly parasitize on any other religions and to wedge in them, slightly changing. Judaism, on the other hand, relied on the national composition of its flock and managed to survive with it. However, it did not receive global significance
Copyrights © 2022 Inspiration Unlimited eMagazine

This Page Has Inspired
1434
People So Far..
Any facts, figures or references stated here are made by the author & don't reflect the endorsement of iU at all times unless otherwise drafted by official staff at iU. This article was first published here on 28th September 2018.