The Global Pallet Rack Industry in 2018 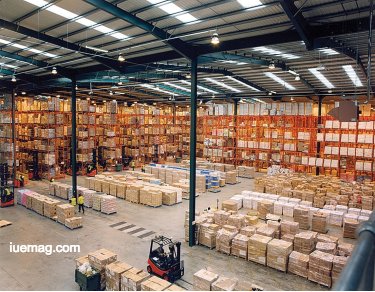 Pallet racking basically refers to one of the most used tools for storage systems around the world. It’s basically used for storing and/or stacking palletized loads. Because of so, pallet racks have easily become a fundamental tool for businesses that partake in storage, distribution, and material handling operations. It is because of such pallet racks that companies are able to efficiently operate and supply their customer’s demands.

As a result of the pallet rack’s effect on a business’ overall efficiency, the demand for it has significantly increased globally. In fact, according to Persistence Market Research’s new report, the global pallets market is now valued at a little over US$ 47,337 Mn and is expected to register a CAGR of 5.4% by 2025. Which basically means its value will grow up to US$ 76,067.2 Mn in the next seven years.

The Increasing Demand for Pallet Racking

With pallet racking’s affordable cost and the promise of efficiency, it’s no wonder its demand and market value is forecasted to increase in the next seven years.

Now that we know what’s the cause for the increased demand of pallet racking, let’s now learn a bit more about the pallet racking industry by identifying the different sectors that drive the increase of its global market value.

As of today, it has been found that the top three industries with the largest demand for pallet racking include food and beverages, automotive, and retail stores. Various companies from these three sectors have been growing their storage facilities in emerging countries like India, China, and Brazil. As a result, such companies are able to implicate better and safer transportation systems for their large-scale industries. This is according to the research that was done by Global Industrial – Australia’s leading manufacturer of pallet racking systems.

Furthermore, recent market research continue to backup the predicted forecast for the pallet racking industry for the next seven years. In fact, according to Technavio of warehouse and storage research lead analyst, Shakti Jakhar, food and beverage companies will continue to increase their demand for warehouses near cities to meet on-time delivery demands due to increased consumption of packaged food and beverages in urbanized communities.
Get the Latest & Recommended articles in your Inbox


The same thing is foreseen for the automotive industry since automotive sectors are predicted to expand their reach across the Asia Pacific and Latin American regions.

Types of Pallets that are in Demand

There are several types of pallet racks that are in demand. The top two most used types are block pallets and wood pallets.

Block pallets are the most used type around the world. Because of so, block pallets are assumed to account for the largest market share over the seven-year forecast period. As for wood pallets, they’re the most sought-after type for manufacturing purposes.

Another kind of pallet that has been catching the attention of buyers and business owners are second- hand pallet racking. Though second-hand items aren’t usually the ideal choice for certain businesses or individuals, the same may not be said about pallet racking since they’re usually made to last. Plus, pallet racks are initially developed to withstand heavy loads for a long period of time. At the end of the day, no matter what kind of pallet racking you plan to buy or use, know that you’d be better off buying them today. Especially since they’re predicted to get more expensive in the future.
Copyrights © 2023 Inspiration Unlimited eMagazine

This Page Has Inspired
1093
People So Far..
Any facts, figures or references stated here are made by the author & don't reflect the endorsement of iU at all times unless otherwise drafted by official staff at iU. This article was first published here on 26th September 2018.