This Page Has Inspired
1129
People So Far..
Perched on the highest peaks of the Aravalis in the dry state of Rajasthan, lies a lush, verdant oasis that is one of the most popular hill retreats of India. This sanctuary from the endless sand hillocks is Mount Abu which derives its name from ‘Arbuda', the powerful serpent who rescued ‘Nandi’ from a chasm. ‘Abu’, stands for the son of the Himalaya. 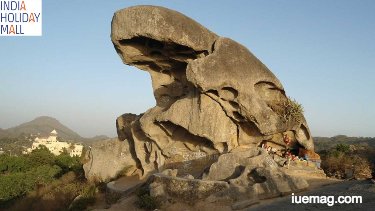 Besides being a picturesque summer resort, Mount Abu is a popular pilgrimage centre, dotted with temples and shrines of different religions. A tour of Mount Abu makes one realize that it is a 'set designed by God’.

Mount Abu is famous for the Dilwara Temples. Dedicated to the Jain Saints or Tirthankars, the Dilwara Temples of Mount Abu are a religious sanctuary where the beautiful carvings induce a feeling of tranquility and harmony. The surfaces of the walls, and arches and brackets and Pillars are carved to create a lace-like effect yet no two Pillars are alike, such was the vision of the sculptors who worked on them. Observing the statutory eulogy to the Vimala family (the financiers of the temple) you are ushered into mandapa where you see nothing but marble, more marble and even more pristine marble.
Eight ornamentally carved pillars hooked up a ceiling which does not seem to need them, as it appears to be like a finely meshed network of milk-white stone suspended in the air. Temples are open from 12 pm to 6 pm. The complex of 5 principal temples is 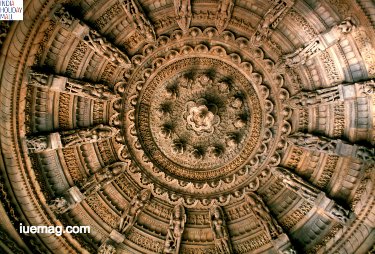 surrounded by a high wall. There is rest-house for pilgrims on the approach road. The temple complex comprises of Adinatha temple, Risah Deo temple, Luna Vasihi or Neminatha temple and the fifth temple is for Digambar Jains.


Nakki Lake is where all of Mount Abu’s population is centered around. The lake so derived its name as legend has it that the Gods carved it with their nails. The shops and restaurants are clustered in a compact centre. There is attractive countryside to explore as it is well wooded with flowering trees with numerous orchids during the monsoon and a good variety of bird-life. Situated near Nakki Lake, the temple of Raghunathji is dedicated to Lord Rama and has a beautiful image of deity that was placed here in 14th Century AD.


Another highlight is 14th century Achalgarh fort, built by Rana Kumbha of Mewar. It has some magnificent temples such as Kantinath Jain Temple (1513AD) and Achleshwar Mahadev (1412 AD). Many sages and seers had their retreat on Mount Abu, the most famous being sage Vashistha. He Performed a “Yagna” or magic fire from which were born the Agnikula Clans of Chauhans, Solankis, Parmars and Pratihars. A natural spring that flows through a sculpted cow's head, gives the shrine the name of Gaumukh Temple (Vashistha’s Ashram).

Mount Abu is both a holiday spot as well as a holy pilgrimage for the religiously inclined. It’s USP is beauty, both scenic as well as its exquisite temples.

Adhar Devi: This temple, 3 km from town, is a 15th century Durga temple carved out of a rock and approached by 220 steps. There are good views from here.

Art Museum and Gallery: It has small collection which includes some textiles and stone sculptures (9-10th centuries). It is closed on Fridays and entry is free.

Brahma Kumar’s Spiritual University & Museum: The institute offers courses of yoga and meditation with the Spiritual Museum near the horse stand. Its open daily from 8am to 8 pm. 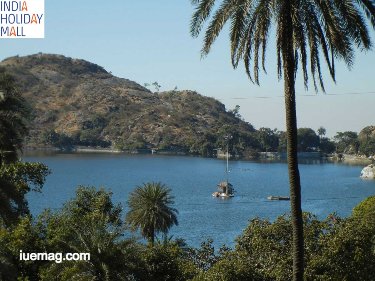 Nakki Lake: The main part of the town is situated around Nakki Talao (lake). It is sacred to Hindus, which was, in legend, scooped out by fingernails (Nakki) by gods attempting to escape the wrath of a demon. There are boats for hire and a pleasant walk around the lake past the Raghunath temple. The Toad Rock is here too. The other rock formations are known as Nandi and Camel rock respectively.

Sunset point and Honeymoon point give superb views across the plains to the west. They both can be reached by a pleasant walk from bus stand, about 2 km away. The route to Honeymoon Point goes past the Nakki Lake.

How to reach Mount Abu?

How to reach mount Abu by Road?
It is often quicker to take a bus rather than go to Abu Road and then take a train. Private bus companies run daily services to Udaipur, Ahmedabad and Mumbai.

How to reach mount Abu by Air?

Nearest airport is Udaipur, which is 185 km away.

How to reach mount Abu by Train?
Abu Road is the nearest railhead, 27 km away and there are many direct buses to Mount Abu from here. Abu Road is well connected with Agra, Delhi, Jaipur, Jodhpur and Ahmedabad by rail services.
Get the Latest & Recommended articles in your Inbox

The winter season (November to February) is a best time to visit Mount Abu. It is an ideal time for the honeymooners, religious and family trips, the weather remains pleasant to enjoy the Sightseeing.

This Page Has Inspired
1129
People So Far..
Any facts, figures or references stated here are made by the author & don't reflect the endorsement of iU at all times unless otherwise drafted by official staff at iU. This article was first published here on 24th September 2018.
Shobhit
Shobhit is a contributing writer at Inspiration Unlimited eMagazine.
Unverified