10 Most Influential and Powerful Global Leaders

You must remember the famous quote by Lord Varys from GOT, "Power resides where men believe it resides. It's a trick. A shadow on the wall." Here's a list of global leaders that have made it to the top of the ladder. Read ON!
This Page Has Inspired
1550
People So Far.. 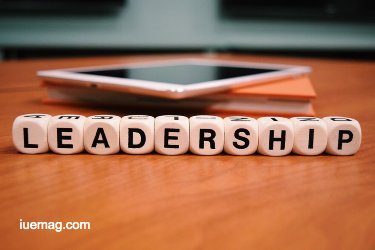 Although it's true that most people on this list drive their power from the masses, they are also strong in their core. These people bent reality with their will power and have climbed to the very top of the chain.

Today, we are gonna have a quick look at some of the most powerful people in the world right now. How they have come to such a level and how do they practice their power. So, be ready to get inspired and set your goals higher.

When it comes to Warren Buffett nothing is truer than money is power. His vision for the future made him one of the most successful investors in the world. He owns 60 of the biggest companies in the world and influences the overall global market like no one other.

His access to money, companies and human resources makes him one of the most powerful people. But the money kept him humble and he decided to donate over 99% of his money to charities.

Jumping from one investor to another. Jack Ma is probably the most successful self-made billionaire of all time. With a net worth of over 40 billion dollars, it's no wonder why Jack Ma holds so much power in his hands.

From a simple English teacher to establishing one of the largest E-Commerce businesses - Jack Ma is a source of inspiration for many people.

After winning the 2017 election (and making it look very easy) Emmanuel Macron made France the third most financially successful country in all of Europe.

Because he worked all his life in the finance and economic sector it was expected that Emmanuel Macron would make a major change in the country's financial situations.

What makes him so powerful is the support of people. We see many politicians who are not supported by their own people. But so far Emmanuel made the good decision and kept people at his grip.

The whole discussion about the power of social media can be contributed to this one person. He is the founder and CEO of Facebook, one of the largest social media sites to ever exist in this world.

Starting at the age of 19, Zuckerberg worked hard to earn his fascia of 70 billion dollars that he owns right now.But unlike the other investors on this list, money is not the source of Zuckerberg's power.

His influence over social media and how he directs and conducts the application make him powerful.

According to most people, the smartest decision taken by Donald Trump was probably making Jeremy the head of the Federal Bank. And when you are directing the economic progress of the world's largest economy you are destined to be one of the most powerful people in the world.

With strong academic and professional experience behind him, he was put forward at a time of desperate need. His unique ethics towards financial management and economic decisions are capable to bring back the stability that is asked from him. 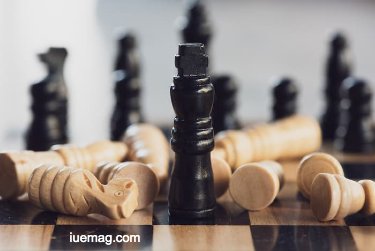 Obama's administration might not be in power right now but that doesn't stop Barack from being one of the most powerful people in the world.

With his favorable antiques and strong morality to serve, Barack Obama left a very strong impression on the growth of politics. Not to mention the huge amount of supporters, connections and international lineage that he made during his time in power.

Now we shift our focus to Southeast Asia. Chairing India (one of the fastest-growing economies in the world) for two consecutive terms is Mr. Narendra Modi.

His popularity within the country has only grown after he has completed his first term. This was proven in his last landslide victory over the opposition party. His strong stands against money laundering and his visionary changes in the economic policy within the country maximum very favorable towards the public.

Although he is criticized for his religious control over the country, he has managed to make international allies all over the world. Leading a population of 1.8 billion people is no wonder why Modi is on the list.

What's better than money or power? It’s having both of them together. Donald Trump became the richest president in the history of America after beating Hillary Clinton in the presidential election of 2017.

His surprise victory was uploaded by many but criticized by some at the same time. But that doesn't stop him from being one of the most powerful people in the world.

With more than dozens of skyscrapers in New York and multi-billion dollar companies, Donald Trump was already at the top of the chain. It seems like being the president just added a cherry on top.

Politically speaking, no one on this list is a problem more self-made than Vladimir Putin. He climbs to the top of power with controversial steps which ultimately helped him to become one of the strongest leaders in the world.

Putin's international influence is unparalleled by a large margin. A clever politician, the source of his power comes from the support of the people within his country and also the massive amount of gas and oil reserves that he has at his disposal.

After he came to power in 2012 after a landslide victory with his very famous Moto the Chinese dream president Xi Jinping has got a strong grip over his country.

Leading the most populated country in the world and the second-largest economy wasn't very easy. But with his strong sense of political aspects and strong leadership tactics, he managed to do very well. After eliminating the duration limit in the constitution he will now indefinitely sit on the throne.

His wise step to privatize companies led to a massive economic boom within the country. The majority of the world depends on China in order to import goods that are what gives China (thus Xi Jinping) immense power over the whole world.

People sitting on the other side of power like us look to this decision-maker to make life easier and more livable.

Cross your fingers and hope that the power will not make them blind and that they will do good things for humanity. That's all list for the most powerful people in the world.
Get the Latest & Recommended articles in your Inbox

This Page Has Inspired
1550
People So Far..
Any facts, figures or references stated here are made by the author & don't reflect the endorsement of iU at all times unless otherwise drafted by official staff at iU. This article was first published here on 13th September 2019.