Everything you need to know to move to Arizona

Whether you're moving to AZ because of professional or because of private reasons, change can be wonderful. That's especially true if you're moving there from a distant part of the USA, or even from another country. Whatever the case may be, here's what you need to know. Read ON
Tweet
Views
1047 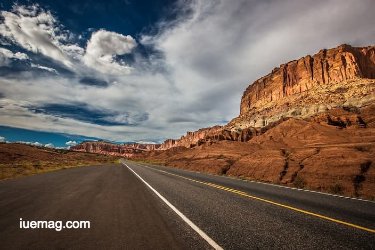 Different culture, different people, and different atmosphere are all bound to enrichen you. Arizona definitely has its advantages that make it stand out from all other states. Here are some of them.

Where to live in Arizona?

Arizona has some great movers to offer you, but before you move there, you'll need to decide where to move to. Phoenix is the capital of Arizona, and it is definitely a good choice if you want to live in a big city. A well-known architect Frank Lloyd Wright used to live there, and he is responsible for a lot of beautiful architecture in Phoenix. This was all during the first half of the 20th century, but his designs still remain mostly intact in Phoenix.

The cost of living is moderate to low, and Phoenix is one of the cities in the USA with the largest growth in recent years. Lots of people are moving there and there are jobs for a huge majority of them. This city is a growing industrial city, and jobs are plentiful. As for recreation, Phoenix is well-known for its golf courses, and you shouldn't miss visiting the Desert Botanical Garden there at least once.

Before visiting bestcrosscountrymovers.com and hiring one of the highly competent moving companies in their network, think about smaller places too. Perhaps you'll enjoy Sedona's relaxing mood. Serene nature (if you don't mind your nature being predominantly red) and general laid-back mood make this town a very nice place to live in. On the other hand, if you like Wild West and western art, then the town of Tombstone could be perfect for you. This town is designed so as to replicate the atmosphere of this unique time and place in the American history.

Learn about Native American history and culture after moving to AZ

And while we're talking about the Wild West, Arizona is also a great state for those looking to learn something about the Native American history as well. Throughout the history of "cowboy art", Native Americans were often depicted in a racist way. They were portrayed as bloodlustly savages, with only death on their minds. These works of art have forgotten that Native Americans of the time were simply defending their land against white invaders from across the ocean.

Nowadays, Native Americans' culture is seen differently. They are proud to conserve their unique cultural values, and Arizona is the perfect state to learn about them. For starters, you can visit the Heard Museum of American Indian Art & History. Apart from their interesting history, Native American art mirrors their unique culture. Beliefs such as that everything revolves in circles, as opposed to the more common perception of life as a straight line, can be very fascinating, especially as they are so different from the beliefs of other modern cultures. After moving to AZ, you can easily learn about these and other inspiring stories from Native Americans living there. 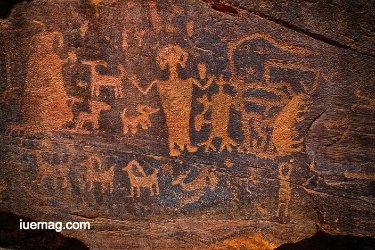 What's more, you can even visit their tribal lands and see their customs and norms first-hand. Before doing that, however, you should read these useful guidelines on visiting tribal lands, as being prepared will certainly improve your experience.

The nature is gorgeous, but specific

Before moving to AZ, you'll need to decide whether its gorgeous, but specific nature is the right fit for you. Mind you, there are green spaces there too. However, there's a good chance you'll mostly be surrounded by, as we said, mostly red-colored nature. Even if this doesn't sound like your cup of tea, however, you might change your mind after moving to AZ. That's because its beautiful caverns and fascinating rock formations are truly a sight to behold.

And we also have to mention the sunsets. Sunsets, of course, are beautiful no matter where you are. However, Arizona's sunsets bring a different vibe than all other sunsets. Imagine sitting on a red rock, while the Sun descends under the mountains in the distance, casting a poetic shadow over the plains in front of you. We recommend opening a refreshing beverage and enjoying this specific mood before heading back home. One can almost imagine a cowboy riding off into the sunset while the triumphant music plays in the background. 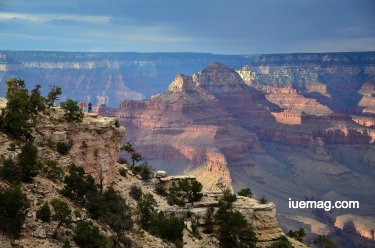 And there's, of course, the famous Grand Canyon in Arizona as well. Carved by the Colorado River and its tributaries for two billion years, the Grand Canyon is a wonder of nature. Although, we don't really need to tell you about its magnificence. Whether you like canyons or not, you have to visit the Grand Canyon. After moving to AZ, that will be easy to do and is highly recommended for some local inspiration that will refresh you before returning to your everyday life.

It's easy to have fun in AZ

Exploring nature and history is an appealing way to spend time in Arizona, but it's not the only thing you can do there in your free time. There's also a wonderful art scene, and Arizona's residents are also well-known for their enjoyment of parties and for generally knowing how to have a good time. There's something about the weather and idyllic scenery that makes Arizonians laid-back. In turn, this means that they're ready to have fun!
Get the Latest & Recommended articles in your Inbox

Subscribe!
Be it in tasteful clubs, or in their own backyards, Arizonians know how to throw a party, large-scale or intimate. This state is perfect if your job is very stressful, as all-around laid-back mood is bound to take some of the stress off your shoulders. As for the art scene, we've already mentioned that Arizona is highly inspiring. Of course, it won't be to all artists, but if you are an artist, there's a good chance that Arizona will become your new muse. Just like in Phoenix, the cost of living is generally not high in Arizona, which is great for young artists. Couple that with great museums and galleries, and it's easy to see that, if you're an artist, moving to AZ could be just what you need.
Copyrights © 2021 Inspiration Unlimited eMagazine

Any facts, figures or references stated here are made by the author & don't reflect the endorsement of iU at all times unless otherwise drafted by official staff at iU. This article was first published here on 9th September 2019.
Most Loved On iU
Have something to share? Drop us a line below!
People who loved this also loved