Mr. Abhinav Asthana - Postman - An app for your company

This Page Has Inspired
2252
People So Far..
Mr. Abhinav Asthana is an entrepreneur, programmer and a designer who has been building stuff since he was in school. Experimenting with technology is what has made him the founder of Postman, the productivity app that has more than 6,50,000 users. He is also the founder of TeliportMe.

Before graduating from BITS Pilani, Goa campus in 2010 with a degree in Electronics and Communication, he was working at Yahoo! during his summer internship in 2009 where he faced a challenge of dealing with APIs (application programming interfaces). The tools they were using at Yahoo! were quite clunky. The need for a better tool stayed in his head for some time. While building TeliportMe's 360 app, he again faced this issue. But this time he decided to curb this problem, not only for him but also for big companies like Microsoft, Google, Yahoo, Cisco and many more. "I put up the Postman app on the Chrome Web Store keeping in mind that others too faced the same problems, and since then it has grown through word-of-mouth recommendations among the developer community," says Abhinav.

In the initial stage, there were a lot of challenges which Abhinav needed to overcome, both technical and design related. He had a fear that developers would prefer something close to what they had already been using. But feedback from the first hundred users, however, was really good, which gave him a hope, and he decided to press ahead with the ideas in his head in whatever spare time he had. 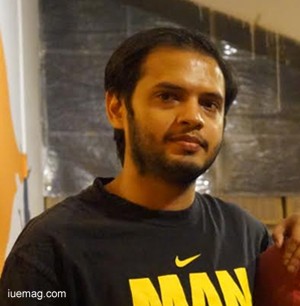 Abhinav says, "Postman's user base has grown through recommendations and that, I believe, proves the strength of the product. After a while I started seeing people tweet and talk about Postman at conferences in the US and Europe." Postman was featured on the Chrome Web Store homepage as well. This brought in requests from users as well as technical issues. Abhinav tried to make sure that the product quality was good as far as he could manage. After moving on from TeliportMe, he started working full time on Postman with the view of building a company around the product. "We have a little company Postman which now has a team of 4 people and we are serving some really good companies with their problems. We are doing some really cool stuff which I am excited about," says Abhinav.

Developers from companies like Box, Cisco, Real Networks use Postman for testing their APIs and backend infrastructure. Postman helps developers in these companies to be fast and efficient. Bugs can be disastrous to software products; bigger the company, bigger the risk. Postman helps companies avoid bugs and save a lot of money and time.

Abhinav and his team are working on some really cool stuff which will be useful for big audience at the moment. They are releasing a new version of Postman. Recently, they released a tool called Newman meant for teams. Along with that they have another extension called Interceptor. These apps can be downloaded from Google Chrome Store or from their website www.getpostman.com. "We are experimenting with quite a few ideas at the moment and the coming months will be very exciting," says Abhinav.
Get the Latest & Recommended articles in your Inbox

Subscribe!
Many companies have been offering to buy copyrights of Postman, but for Abhinav, it's his ideology that can take it to levels higher than one can think. Abhinav states, "We have a long way to go in terms of implementing the vision and the ideas we have about the product. But, knowing that Postman is used by companies around the world with the positive feedback we receive from daily users, gives us the inspiration and hope to work more and better, and the strength to implement our ideas."

Focus on the product initially. Ensure that it provides value to users. Your users should be happy before you dream about scaling up. Build a team within the company rather than outsourcing everything. Building something new is a wonderful experience and make sure you enjoy it.
?>
Copyrights © 2023 Inspiration Unlimited eMagazine

This Page Has Inspired
2252
People So Far..
Any facts, figures or references stated here are made by the author & don't reflect the endorsement of iU at all times unless otherwise drafted by official staff at iU. This article was first published here on 19th September 2014.
IJ Anita Tejwani
IJ Anita Tejwani is a contributing writer at Inspiration Unlimited eMagazine.