Sydney is such an amazing place to visit at the worst of times, and when there's a festival in the city, things get one hundred times better. With so much to see and do it's hard to decide where to go and what to prioritise. These are my favourite Sydney festivals - be sure to check them out and consider coming down to see what they are like!
This Page Has Inspired
1072
People So Far..
Sydney Festival

Of course we have to start with the actual Sydney Festival, which is a celebration of the arts based around the city itself. It has been running for more than 40 years and often includes community participation events so that everyone can get involved. There’s usually a free concert for you to listen to and theatre is a big part of it. The Festival Village pops up for Family Week and is open for free entry, with entertainment and food stalls for you to enjoy. Take a look at what has gone on in recent years if you are interested in visiting! 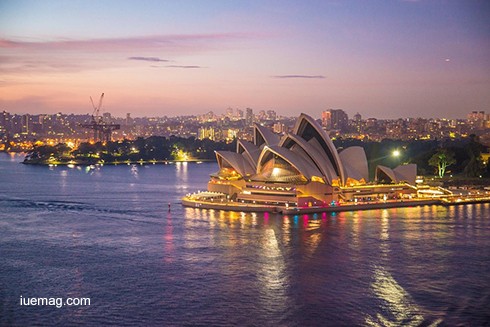 A bit of comedy is always exactly what the doctor ordered, and this Fringe festival runs for a whole month. There are events for kids, silent dinner parties, comedy acts, cabaret, musical performances, and so much more. You have to buy tickets for each event separately, but some of them can be pretty cheap – like the ’10 Comedians for $10’ regular show, which normally runs for the whole duration of Fringe. You can also take part in workshops and masterclasses to learn about performing yourself. It’s really difficult to find parking space in Sydney while this festival is on, so I use Divvy to help me get a place to put the car safely. You don’t want to pay for the informal car parks that spring up as these are often targets for thieves.

If you want something a bit different, try the science festival. It’s a relatively new addition to the calendar, but it’s a fascinating visit and is hugely educational. The Museum of Applied Arts and Sciences takes a big hand in running the festival, with lots of organisations coming together to celebrate National Science Week. Some of the shows are accessible to kids, and you can explore all elements of science, from the Large Hadron Collider to wildlife talks. You can also attend lectures about the latest scientific breakthroughs and hear about what they are trying to discover next.

This is another experience entirely. Devoted to the Japanese pop culture phenomenons of manga (comic books) and anime (cartoons, often aimed at grown-ups), this show is bright and exciting. It’s the biggest of its kind in Australia, and naturally many of the attendees come in cosplay – that is, dressed up as their favourite characters. Workshops and panels allow guests to meet and hear from their favourite artists, while displays get you up close and personal with props and models. One of the biggest draws are the many stalls, featuring art from both famous and amateur artists. You can buy indie comic books here as well as picking up signed pieces from bigger names, along with apparel and accessories featuring your favourite shows and books. It’s a hugely popular experience and there’s so much to see you won’t fit it all in.
Get the Latest & Recommended articles in your Inbox

Subscribe!
There are so many other festivals in Sydney throughout the year, but these are my favourites. They give you a little bit of everything overall – art, comedy, music, and science spread throughout the year. It just shows how culturally diverse this city is!
Copyrights © 2023 Inspiration Unlimited eMagazine

This Page Has Inspired
1072
People So Far..
Any facts, figures or references stated here are made by the author & don't reflect the endorsement of iU at all times unless otherwise drafted by official staff at iU. This article was first published here on 7th September 2016.
Alicia Mayson
Alicia Mayson is a contributing writer at Inspiration Unlimited eMagazine.
Unverified