A bit of jock itch or a burning sensation are not uncommon symptoms for a man who is sexually active. It is at the same time relatively normal, nothing to be concerned about, and something that should definitely be checked by a certified healthcare professional.
This Page Has Inspired
1050
People So Far..
Common Sexually Transmitted Infections come in three broad varieties, bacterial, viral and parasitic.

Bacterial STIs include Gonorrhoea, Syphilis and Chlamydia. They are caused by a bacterial infection and, unless you catch a scary antibiotic resistant superbug, can generally be cured by antibiotics.

Viral STIs include HIV, HPV, Herpes and Hepatitis B are incurable. Once established the virus remains in the body for life. However, there are plenty of treatments to suppress the infection or relieve symptoms. 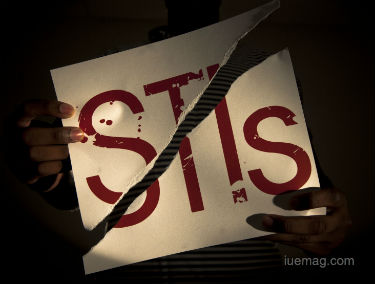 Parasitic STIs are caused by other organisms, often creepy crawlies that set up camp in your pubic area. Parasitic STIs include Crabs, Pubic Lice and Scabies and have a variety of treatments such as creams and lotions.

Symptoms of STIs come in a broad variety depending on the disease. However, common symptoms are itching, burning or inflammation of the mouth, anus or genital areas. Similarly any discharge, sores, lumps and rashes anywhere on the body, but particularly areas involved in sexual activity, can be a clear indication of an infection.

Also look for Flu-like symptoms such as sore throats, fever and tiredness, and any differences in urination such as dark urine, pain or needing to go to the bathroom more frequently.

These symptoms are not unique to a single STI but can fall under any of a number of diseases, so it is important to visit a doctor to decide what particular infection is causing a particular set of signs.

However, with any of these STIs it is very common to have absolutely no symptoms.

Many of these diseases can reside in the body for a prolonged period of time without presenting signs of infection, and can be passed from person to person without anybody knowing that they are infected. Therefore, it is vital that anybody who is sexually active to have frequent check-ups, this means general STI checks at least once a year, and more frequent checks for HIV every 3-6 months. If you prefer a little more anonymity, test for the most common STDs using an at home STD test. This affords you complete privacy and results are generally available online in a few days.

Although we have been discussing the signs, symptoms and treatments of various STIs, probably even more important is understanding that most of these diseases can be prevented by using the long standing invention of the condom. Condoms are designed to prevent the exchange of bodily fluids which are often the source of STI’s.
Get the Latest & Recommended articles in your Inbox

Subscribe!
However even the condom is imperfect, with diseases such as HPV spreading through contact with the infected area which the condom doesn’t necessarily cover up. Condoms can also break, leak or slip, meaning that regular checkups are still a vital component of sexual health even if you and your partner are using condoms on a regular basis.

Of course it is not all doom and gloom, with some precautions and regular checks, sex with that special man can be safe and fun. So rather than becoming a source of anxiety, take comfort in the fact that you can minimise your risk and maximise your pleasure!
Copyrights © 2023 Inspiration Unlimited eMagazine

This Page Has Inspired
1050
People So Far..
Any facts, figures or references stated here are made by the author & don't reflect the endorsement of iU at all times unless otherwise drafted by official staff at iU. This article was first published here on 15th June 2017.