June 22: 5 POWER Lessons From 5 Leaders Who Made History On This DAY!

All of us love and dream to succeed but we wait and look for success ingredients. This write-up is sure to fetch you a collection of success formulae and winning secrets from those who have already journeyed and succeeded in leaving an everlasting legacy. Go ahead and read on!
This Page Has Inspired
1040
People So Far..

1. “Ups and downs make our lives. Life is incomplete even without one of them.” 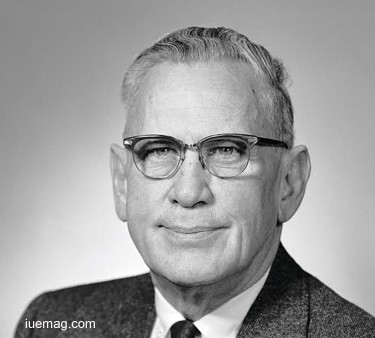 Don’t forget that you got to rise up when you fall and you will fall when you are going on a tough journey. That is life. Ups and downs essentially make the skeleton of life. The way you handle the situations and bounce back gives life to this skeleton. You got to lay and frame every component of your life according to how you want it to be. Learning happens not when you excel at all that you do for the first time itself. Growth never happens when you make your life a stagnant one. Only when there are manholes, humps and speed breakers in the way which you’re travelling, a journey seems to be complete. Because, efforts you put to pass through the humps and plans and decisions which you make to escape from the manholes plus the way you receive and celebrate the smooth green bed which makes another part of the route makes your journey, a meaningful one. It is easy to cope up with the downs but it’s very hard to handle the ups.

Richard Gurley Drew never feared a fall and lost confidence after he fell. He was sure that every fall would be followed by a rise. The American inventor came up with a lot of prototypes, ideas and models before he successfully invented masking tape and cellophane tape. He fell a lot of times when his ideas failed. But did he remain on ground when he fell or rose up to demonstrate his next idea? He certainly rose up. If he hadn’t, then his amazing contributions wouldn’t take form.

2. “Enjoy the struggle that you go through. Feel the flavor of pain which you experience. This helps you relish, cherish and learn the value of joy and happiness when you overcome the struggles.”

A fruit is a result of the seeds spending all days and all nights underground; darkness would be their companions. Before the seeds get sown, they essentially know that it is their lifetime arrest. They know that they are going to be buried inside the ground forever. Despite knowing all of it, they agree to suffer; they go into the soil, get embedded deep into the undergrounds and spend every minute with the darkness around. But these seeds enjoys their living condition. Though they are trapped in the cage of darkness, they focus and engage themself with the germination process. They know that they can bounce back to the ground and enjoy the sunlight by sprouting, rooting and then stemming. Eventually, the seeds enter the beautiful fruits and free themself. This process of the seeds proves that the waiting phase, suffering and struggling phase only help you get something better and bigger in life.

Konrad Zuse believed in the miseries and challenges which he had to go through rather than hating them and grieving about them. He enjoyed the pain because he always learnt from the tough situations. The German civil engineer, inventor and computer pioneer produced the world's first programmable computer. In order to reach this success, he had to face criticisms, condemnation and complexities. He founded one of the earliest computer businesses which produced the Z4. This was the world's first commercial computer.

3. “Never stop dreaming just because you had a failure. Life is big and has lots in it for you to explore, try and win.” 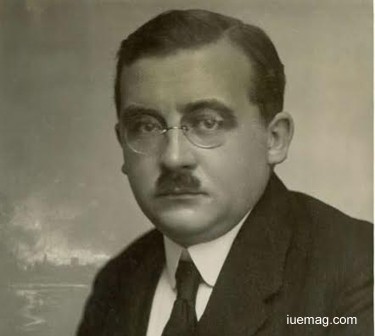 Does an inventor stop his work towards inventing something just because his approach or idea failed? Does a climber stop finding support to grow just because its initial support broke? Never! The world never stops its routines due to any inconvenience or differences which happen. This is life. You got to dream big and believe in your dreams in order to make it happen. Standing beyond all the falls and failures color our lives with the shades of success. Remember, only when you fail you will walk towards deserving your victory. Failure is an opportunity for you to win something bigger. Failure is a lesson which when learnt thoroughly, you will grow high not just to make your big dreams come true but also to become a complete individual.

Milan Vidmar chose to fight back and to get into the line of dreaming and aiming rather than worrying and giving up just because there was a failure. The Slovene electrical engineer was also a chess Grandmaster, chess theorist, chess arbiter, philosopher, and writer. He never rose to a rank of being one among the top dozen chess players in the world. He began by specializing in power transformers and transmission of electric current. Dreaming to become versatile, the electrical engineer rocked at chess and ruled his life.

4. “Focus is the chant that leads you to acquire the bliss of success.” 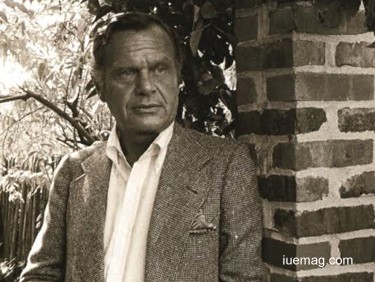 The journey of life is known for offering twists and turns in life. Different turns may cause different deviations. Diversions are common in life. Don’t blame your surroundings or situations just because you cannot fully achieve what you want to. A strong stream of concentration is what is important. There is an exam tomorrow and you want to score full marks at all costs, but you don’t. Then, you can’t blame your environment, pampering from parents, the always turned on television or friends and phone calls. You got to blame yourself! The one who focuses always wins. If you really want to score high, then you will definitely focus only on what you are supposed to irrespective of place, time and circumstances.

Bill Blass  was an American fashion designer who used the weapon called focus to rock at his versatile life. Managing such an ocean-like deep and huge domain could never be possible if he hadn’t concentrated, kept track of and measured progress continuously and consistently. As a result of his laser-like focus, he received many fashion awards, including 7 Coty Awards and the Fashion Institute of Technology's Lifetime Achievement Award.

5. “Never imagine you’re tomorrow based on what happened today. But you can use your today to imagine a better tomorrow.” 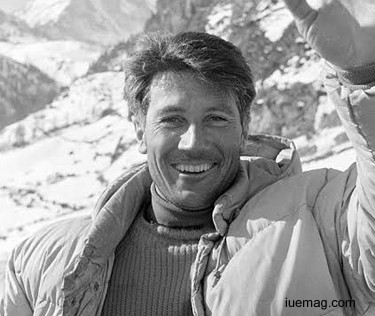 Just because you failed today, never arrive at a decision that you will always fail. The moon appears like a fragment of silver strip the night before the no moon day; the moon completely remains unseen on the no moon day as the sun doesn’t allow the moon to shine. Just because the moon is not let to shine for a night, does the moon stop? The positive attitude and spirit of wait makes way for full moon day to arrive as soon as possible. We got to learn from this instance and apply the same in our lives too.

Never judge your life based on what your current position is. You don’t own the place which you stand; your place may be changed by all means, letting you grow. Walter Bonatti trusted his urge and mind power rather than coming to conclusions and stooping his proceedings. He utilized his current life and formed a better life ahead. He gave importance to every attempt and cherished them all. The main reason was that, he learnt from his attempts and also used them to measure his progress. He is remembered for his many climbing achievements, including a solo climb of a new route on the south-west pillar of the Aiguille du Dru, the first ascent of Gasherbrum IV and the first solo climb in winter of the North face of the Matterhorn on the mountain's centenary year of its first ascent.

Life is not judgmental. A person on the top may come down someday and the one on the ground may reach the top. Everything is unpredictable! Concentrating on ourselves and making it productive is the only option we are left with. So choose and act right.
Get the Latest & Recommended articles in your Inbox

This Page Has Inspired
1040
People So Far..
Any facts, figures or references stated here are made by the author & don't reflect the endorsement of iU at all times unless otherwise drafted by official staff at iU. This article was first published here on 22nd June 2017.
iU eMagazine
Editorial Team of iU eMagazine