June 4: 5 POWER Lessons From 5 Leaders Who Made History On This DAY!

We think big, wish to achieve and look for support to succeed. Here is the support not just from one but from 5 different paths life that is sure to help you with your journey ahead. Read on!
This Page Has Inspired
1055
People So Far..

1. “Life is not about the number of achievements; it is about how many lives you’ve lit.”

After completing your journey and reaching your destiny successfully, turn around from your place and have a look. You will see millions of milestones, victories and achievements along the path which you’ve travelled. It is good to achieve a lot; it’s good to bag tons and tons of victories. But alongside, look for the amount of good you’ve done for the society. Count how many smiles you’ve been the reason for. Life is not only about winning; there is more beyond it. Above all stands the real joy, tranquility and sanctity, which are the ultimate dreams of every soul, aspiring contentment.

Bhai Puran Singh raised and nurtured many lives along with designating his life with success. He strived hard to create a very positive, supportive and pleasing atmosphere for every person, irrespective of caste, creed, race and status. Born to a Hindu family, he chose to become a Sikh while he was still a child. He became a writer without finishing his education. The publisher, environmentalist, and a philanthropist was remembered and admired for founding a home which still shelters the sick, disabled and orphans irrespective of caste and creed. Striving hard to help the society, he proved that his onetime struggle helped establish an all-time peace and positivity. He made his life by doing things which no money could do. He crafted comforts and privilege in the lives of many so-called less-fortunate and under-privileged.

2. “What if plan A never worked? There are 25 more alphabets remaining. There are infinite numbers too. There is always a solution if you observe with patience.”

Don’t lose hope at any cost; every problem has a solution. Live your life to the fullest, be present in the present and let your mind involve completely in finding an answer. Alternatives are always there to strengthen your action plan. Explore and you will get it. If we could find solutions and solve problems instantly at one shot then life wouldn’t be fun. It is all about trial and error. If one idea doesn’t work, don’t worry at all because now you know what sort of ideas don’t work. So you can focus on thinking about the right ones which actually finds a remedy to end all your sufferings. Remember, panicking and losing hope may eventually make you lose yourself. Stick to the ray of hope, think positive and everything is sure to happen in favor of you.

Sir Christopher Cockerell focused on improvising his ideas and plans to solve the problem better rather than suffocating his thoughts by limiting his ideologies due to tension, fear and lack of confidence. The English engineer is known for the invention of the hovercraft. Cockerell was one of Britain's most original scientific minds which bagged a string of inventions. He had to plan in various perspectives, experience ups and downs, see a lot of failures and only then he could welcome success into his life. 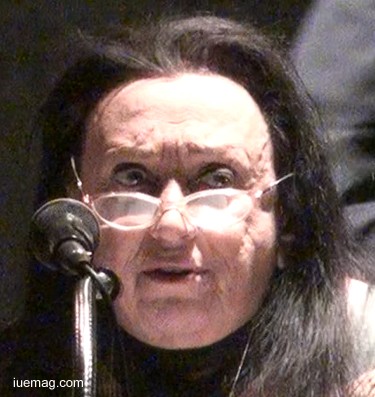 Hard work is the not the only choice but the only key to open the doors of the life which you dream of. If a potter doesn’t invest his energy in making the right form of clay, how do we get beautiful and quality pots? If a farmer doesn’t sow, nurture, wait and pray for good yield of crops, none of us will get to enjoy food. It is these short but worthy pains which result in long, everlasting and breathtaking gains. Every drop of your sweat, sincerity, hard work and effort become a reason for your success, joy, pride and satisfaction. A little amount of struggle is sure to bring ecstasy into your life. You got to respect the pain and accept to struggle to welcome something which you crave for every day.

Judith Malina enjoyed the pain. She lived every moment of struggle because she knew that these moments are the bricks which build the castle of success. The German-born American theater and film actress, writer and director co-founded The Living Theatre, a radical political theatre troupe. She worked hard to abolish the space between the actor and the character, cast and audience, art and politics. She felt and understood the real meaning of pain: she dropped out of school when her father died and she held various unskilled jobs. Later, she studied acting and directing and debuted as an actress.

4. “The more is the light, darker is the shadow; the more you grow, more are the hands which try to pull you down. But that shouldn’t stop you from growing higher. Perseverance is the key.” 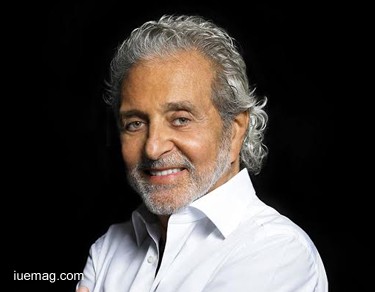 Just like how head and tail form the 2 faces of a coin, the world is also made of two sects of influences- positive and negative. Beware that not all are okay with your achievements. Always remember, just like how millions of eagles and vultures wait to feed on a dead animal, there are millions of minds which constantly try to pull you down or push you down. It is very difficult for the whole lot of people who criticized you, underestimated your caliber, commented on your work, laughed at your mistakes and discouraged your actions to accept your growth. If you are moving ahead in life to win the race, your competitors are sure to trap you. This is not to scare you but to make you aware that the world is not always safe. Make sure you think wisely before you take a step nut never give up.

Vince Camuto took care of himself to an extent where nothing could shake him. He believed none but his own self and that’s how he ruled the throne of success. The American women’s footwear designer and shoe industry executive co-founded the women's fashion brand Nine West. The CEO and Chief Creative Officer of the company worked day and night to make it the best company in the domain. He didn’t just climb up the ladder but actually created his progressive ladder for him to climb by working at shoe repair at 18 years of age.

5. “We see things not according how they are but according to what our minds are. Think of your dreams and you will see many ways and potent ideas to achieve.” 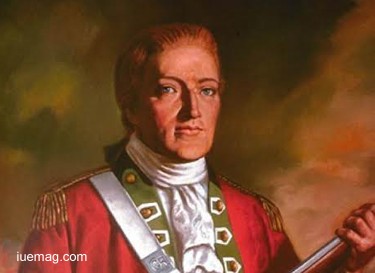 Perceptions devise the essence. Our thoughts and attitude flavor the opinions, mindsets, acceptance, and impact. There is no good or bad that exist. It is the way you perceive that makes things good or bad ones. An achiever or an aspiring achiever chooses to see what’s productive, what’s change-bringing, what’s different, what’s positive and what’s going to help him/her add meaning, value and goodness to life. Aiming at making your journey a fruitful one, you got to focus on the learnings and methods to implement them in order to grow at all costs. Sometimes, we get angry for things which are all fine and systematic. But, sometimes, we are not worried with what happens even if they are messed up. It is not what’s outside but the thoughts, views and perceptions which are messed. If you bear the unordered situation, it means that you have the best quality patience but only when your mood is good and thoughts are fine. It’s important to think positive, perceive the right and success is all yours.

Patrick Ferguson, a Scottish officer in the British Army, an early advocate of light infantry and the designer of the Ferguson rifle is noted for his service in a military campaign. Starting his military career in his teens, he had to return home unfortunately due to his leg ailment. Yet, the situation never seemed challenging to him because he never looked at it as a challenge.

Along with motivating us, such reads about inspiring personalities refresh our minds and revitalize our actions. Reenergize your spirit to achieve and begin right now. Success is all yours!
Get the Latest & Recommended articles in your Inbox

This Page Has Inspired
1055
People So Far..
Any facts, figures or references stated here are made by the author & don't reflect the endorsement of iU at all times unless otherwise drafted by official staff at iU. This article was first published here on 4th June 2017.
iU eMagazine
Editorial Team of iU eMagazine