June 6: 5 POWER Lessons From 5 Leaders Who Made History On This DAY!

Aspire and continue to aspire because your aspirations drive your journey towards success. We all love to achieve our dreams and live our aspirations. But, 'how' is a big question mark which hinders our growth process. Here is the answer to all the 'how's. Read on!
This Page Has Inspired
1026
People So Far..

1. “Sacrificing small pleasures to relish, enjoy and experience something big, better and more valuable is surely worth it. It’s not regret but is an achievement.”

Never dream small. Life is a very long and a never-ending journey which gives you experiences, lessons, rewards, challenges and what not, everything! Sky is also not the limit to dream, plan and look at this perennial stream called life. You don’t have to pay to dream. You can aim free of cost. So why is there a hesitation to dream big and aim high? If your growth and achievements measure the quality of life which you lead, then consistent hard work and systematic improvement is a must. Missing out on small bits of happiness, pleasures and enjoyment doesn’t really matter much because you know that you will compensate all of this by bigger, better and more worthy achievements, rewards and breaks. Enjoyment is a part of life; life in itself is not enjoyment. However, losing out on something to gain a better thing is something which is to be remembered and followed.

Karl Ferdinand Braun lived the meaning of focus. His stubborn decision to achieve what he dreamt was the only thing which his eyes saw and his heart felt. Nothing else other than growing, achieving and winning, was happiness or a pleasure to him. That is why and how he became an inventor, physicist and Nobel laureate in physics. Working and contributing significantly to the development of radio and television technology, he educated the world in terms of what life is all about.

2. “Let your success touch the hearts of people and that’s when you will be eternally remembered for all that you do.” 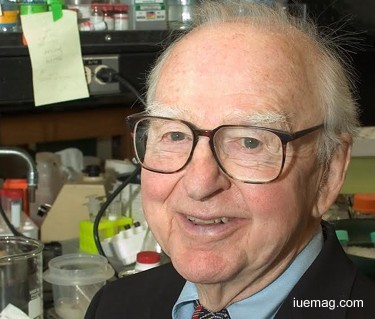 When we read a story, we read it again and again, start loving it and give it a special place in our hearts only when we get connected to it. Our favorite movie stars are actually our favorite because their acting touches our hearts and leaves a permanent impression on our minds. Everything in this world gets close to us, gains our respect and appreciations, and will be remembered forever when it reaches us. Same applies to achievements, milestones, inventions and accomplishments as well. Think like a common person and your actions automatically turn out to be those of an achiever’s. You can understand the world better when you get into the shoes of it. When you understand better, then nothing can stop you from imprinting your persona into the lives and hearts of others’.

Edwin G Krebs was an American biochemist who received the Albert Lasker Award, the Louisa Gross Horwitz Prize and the Nobel Prize in Physiology or Medicine for explaining the function of reversible phosphorylation. He played a major role in making the world understand a lot about our body and its biology. More than calling it achievements, his work could be called an education, which taught us about ourselves. The founding chairman of the Department of Biochemistry at the University of California learnt mostly by observing and discovering.

3. “Better late than never! All of us get serious at some point of time in our lives. Rather than waiting for that point, creating it fastens your winning process.” 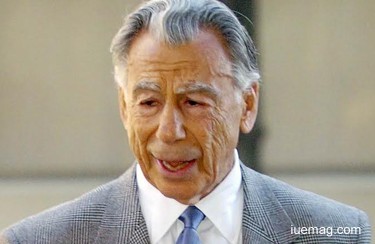 If you are here on this planet, it means you’ve got a purpose to fulfill. The whole point in living life is to create a legacy, dedicating your life as an opportunity for the world to learn from, and achieve, grow and succeed to an extent which offers you contentment and satisfaction to the fullest. We are implicitly pushed by nature to fulfill the purpose of our births. But, the push may not be instantly given to you; sometimes you got to wait. Why do we really have to wait when we have all the capabilities, strengths and interest to achieve and reach the peak of success? You can turn any situation into an opportunity that helps you start your journey towards winning. In some or the other way, at some or the other time and in some or the other phase of life, we do and have to realize the seriousness embedded in the way we got to lead life.

Kirk Kerkorian never waited but created a moment wherein he converted his way of living life into a bridge that connected him to his purpose. His zeal catalyzed his journey towards success. The American businessman, investor, and philanthropist was the president and CEO of Tracinda Corporation. Called the father of the mega-resort, he built the world's largest hotel in Las Vegas three times. He pushed himself to walk along the line of achieving his ambitions. Otherwise, maybe he wouldn’t have done all of what he did.

4. “Always love and respect what you want to become. It is your thoughts which decide your growth.” 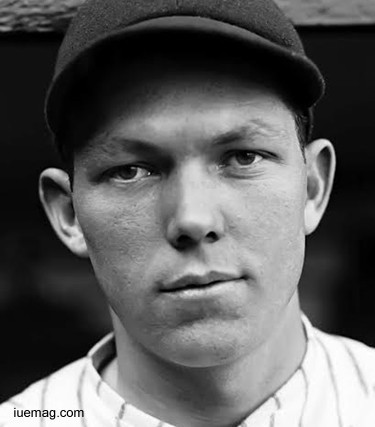 Don’t do something for the sake of doing it. Love what you do and live it. Wholehearted attempts are going to not just bless success upon you but also add meaning to your life. A sapling which you plant grows when you water it. But you will feel its growth, reaction and gratitude when you love it, care for it and show concern towards it. You will see a healthy development in the sapling which you loved compared to the other. Rules make the systematic output and performance to remain limited within the boundary because we don’t look or think beyond in terms of achieving higher growth and bigger success by putting in feelings and emotions. More than hard work, heart’s work makes you reach the peak of the peak of success.

William Dickey worshipped what he was passionate about and interested in. He didn’t just give importance to his emotions but actually showered his feelings upon all that he did and he actually saw the difference which gave a new form to his life. The American professional baseball catcher and manager played and won the sport of life by loving and nurturing every tournament that he played. Playing in Major League Baseball for the New York Yankees for 19 seasons, his playing career kept reaching new heights and brought in new surprises as his hearty efforts and love reached every game which he played.

5. “If your attempts are of quality, then growth is something that will follow you more than your shadow will.” 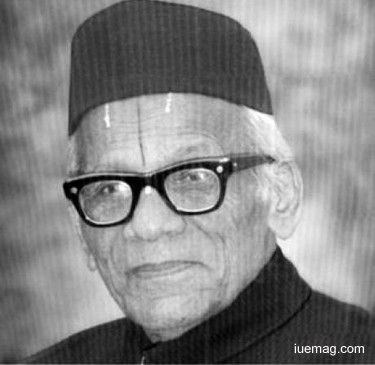 When your efforts get better you will grow higher. Growth is not a gift which you get, out of pleasure. It is a prize awarded to you for your efforts. It is an incentive for adding more dedication, determination, skills and thoughts into your efforts which found your victory. Every good work is rewarded. Painful attempts of yours are cured by the medicine called progress. Do you want to keep your journey static and remain in the same place for a long time? Certainly not! None of us want to. Fish also prefers fresh waters to salt waters as streams in the rivers never stop their flow. We all want to move ahead. A boat which doesn’t sail obviously sinks. If you want to safely reach the harbor, then you got make sure that the ship is continually sailing towards its shore. Rightful actions increase the quality of efforts which you put in and this further destines success into your life.

Maasthi Venkatesa Iyengar stands as the definition for ‘anything can happen when you work to make it happen.’ The well-known Kannada writer was the fourth among Kannada writers to be honored with the Jnanpith Award. He received many more awards and appreciations and they served as milestones which took near success. The Kannada's Treasure made the Kannada literature richer and he is remembered for it.

Attempting and learning from the experience is not enough. Along with them, improving your next set of efforts is significantly important. Achieving is about how your further efforts are going to be and not how they were once upon a time. Stay cheered and make the next part of your journey, the best part of your journey.
Get the Latest & Recommended articles in your Inbox

This Page Has Inspired
1026
People So Far..
Any facts, figures or references stated here are made by the author & don't reflect the endorsement of iU at all times unless otherwise drafted by official staff at iU. This article was first published here on 6th June 2017.
iU eMagazine
Editorial Team of iU eMagazine