The Impact of Branding On Kids and Teens

If we were to define branding in the simplest of terms, it refers to establishing a perception about a brand, any image or idea in the consumer’s mind. It can be related to a product, service or social awareness which later prompts the consumer to take any action. When done right, it turns customers into consumers, tying them to a specific brand, service or idea for life.
This Page Has Inspired
2342
People So Far..
Suppose you go grocery shopping with your little one, you move from aisle to aisle, picking up stuff that you need. Your kid starts to get bored and before he throws a tantrum to go home, you decide to buy him something of his choice. So you go through the toys section and all you can find is cheaply made toys relying on character branding such as a Spiderman puzzle or wolverine figurine. Your kid wants these low quality toys because he loves the X-men movies and comics and wouldn’t settle for anything but that. You would prefer to spend you money on quality that is going to last and provide more than 5 minutes of entertainment and promise your child a top branded toy instead. 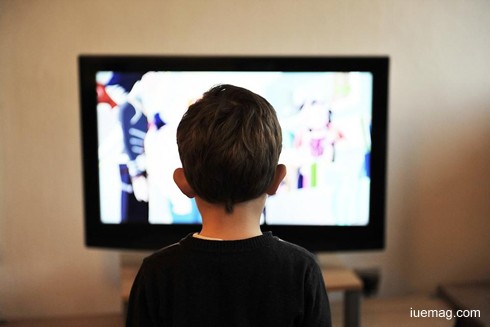 That is the power of branding on two counts!

Many recent studies tried to observe the effects of branding in adolescents, particularly in kids under the ages of 10-15. It was found that most kids by the age of 3 learn to associate with brands. Long before they understand what the brand stands for, they know its name, and recognize the logo. As they grow older, they see how people associate with branding on both symbolic and conceptual level. To some, it means purchasing fashionable and affordable caps, tees or jeans because other people in their circle who enjoy social acceptance from everyone wears them, while others just do it as a sign of prestige or to convey a message.

The studies also revealed that kids of today are more aware about brands than kids before them ever were at such an early age. In China, kids learn to write the M of McDonalds prior writing their own name. But the question “whether it is okay or not?” leaves many parents in a dilemma.

But Is It All Good?

It isn’t if the kid is exposed to some form of negative branding –branding that teaches abusive language, branding that portray tough gender roles, branding that preaches limiting themselves, branding that promotes unhygienic or inappropriate habits such as consumption of fast food or wearing a $200 jeans because it is considered cool. And the worse of it all –parents can’t do anything about it. Why? Because they are not learning most of it through the traditional means of communication channels such as TV or radio, they are picking such habits from the internet. Digital media’s drastic takeover has limited a parent’s capability to keep a watch on their kid 24/7. Inappropriate mobile ads, side banners or paid ads in games, viral marketing campaigns on social media etc. all continue to exposure of negative ideas in a child’s mind.
Get the Latest & Recommended articles in your Inbox

Subscribe!
However, if the exposure is positive and urges the kid to become better version of himself/herself, it is good.

Parents can be quite smart and control the exposure to branding, in particular by having their own designs created and published for example having fashionable and affordable caps made with recognisable branding and the child is none the wiser.

So, it all comes down to parents and the leverage they are proving their kids with. Because kids are impressionable, the right habits, behaviours and language will surely raise smarter, more sensible kids who, before associating themselves with any brand, actually figure out what it stand for.
Copyrights © 2022 Inspiration Unlimited eMagazine

This Page Has Inspired
2342
People So Far..
Any facts, figures or references stated here are made by the author & don't reflect the endorsement of iU at all times unless otherwise drafted by official staff at iU. This article was first published here on 3rd June 2017.
iU eMagazine
Editorial Team of iU eMagazine