The Market for Stellar Lumens is Growing - What are the Reasons?

When first appeared in the market, Stellar Lumens did not receive much attention. However, the things have changed since its creation in 2014, and it is now deemed by many professional investors one of the best projects in 2018. Is this really true? What’s the catch with Stellar?
This Page Has Inspired
1062
People So Far..
What’s happening with Stellar Lumens?

The current XLM to USD value changes but revolves around $0.3, and the current market cap is approximately $5.3 billion. There are both external and internal factors that brought about the skyrocketing of the Stellar (XML) value. Some of these factors include infrastructure change and even partnerships with some of the biggest names in IT.

Take a quick look at the stats. At the beginning of 2018, there were approximately 240,000 accounts on Stellar - a base which had been building up for four years. Only a couple of months after, the number of accounts almost doubled, currently being at ≈475,000.

Before we analyze the factors, let’s see what Stellar Lumens is actually all about.

What is Stellar Lumens?

Landing on their website, one can see that they market themselves as a platform that “connects banks, payment systems, and people”. Their goal is quite simple - create a network for finances that everyone can access. They believe that by doing this, they will make all transactions much cheaper and quicker, thus revolutionizing the traditional means of financial transactions.

One phrase can be often heard in connection with Stellar - decentralized technology. Imagine PayPal, but with much more options and less cost. The system under which Stellar operates is not simple, but it is certainly a cheaper option for everyone. 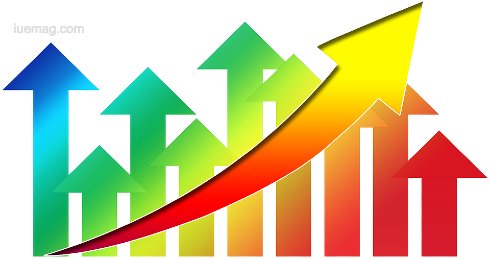 The Factors that Affected the Growth

There are several reasons why Stellar’s growth continues in an outstanding manner. Here is a list of them - you will understand soon why the team behind Stellar stands for a really ambitious group!

Despite Stellar being a young project, its potential and ambitions have been recognized by some of big-name cryptocurrency exchanges already.

One of the first to introduce XLM on their platform was CEX.IO, the renowned Bitcoin exchange with the user base of over 2 million. CEX.IO allows trading Stellar Lumens against USD, EUR and BTC. Besides, they introduced an option of buying XLM with a credit card. This was a huge step forward for XML, and it instantly gained trust among many users worldwide.

On May 1, 2018, Stellar made an agreement with another large crypto trading platform, Bitfinex. Bitfinex announced that XML would be tradable against cryptocurrencies such as BTC and ETH, and fiat currencies USD, GBP, JPY, and EUR.

The second important step taken by Stellar officials is partnering up with IBM. It all started with Veridium Labs Ltd primarily partnering up with IBM in order to transform the market connected to carbon credit. They wanted to use the benefits of the blockchain technology offered by IBM to improve their impact when it comes to carbon offset. In order to lessen the friction with which carbon credits are traded and redeemed, IBM signed an agreement with Stellar. This was a huge step forward for the company as it has now partnered with one of the biggest names in the industry.

The third major change that happened in Stellar was the introduction of Lightning Network. Lightning was originally made for Bitcoin, but it seems that the need for it is growing larger. The main reason for this adoption was the scalability issue that boggles many of the projects in cryptocurrency.

To cut the long story short, Lightning will allow Stellar to handle much more transactions and some of the new projects are already planning on relying mostly on Stellar. The implementation has begun, and they plan to go fully live with Lightning by December. This could really further popularize this platform.

Some of the less famous but nevertheless important partnership includes LALA World. It is a project that has similar ambition like Stellar - to bring the cost of financial services to the minimum and reduce poverty in the world. The only difference is that LALA is a bit more specific and humanitarian in its goals, targeting mainly the “Unbanked, Undocumented, Micro-entrepreneurs, Students” and everyone else who is not really a synonym of wealth.

In November 2017, Stellar made a revolutionary step forward by making their own ATM which was showcased at Singapore FinTech festival. This ATM was special because it received Singapore Dollars and gave XLM in return. The XLM was automatically sent to the input wallet address.

To make things even more interesting, the people who demonstrated the ATM made the process reversed. They withdrew XLM from the wallet, and the ATM immediately dropped out the amount in Singapore Dollars. The liquidity between crypto and fiat currencies is on a new level with this invention. Although it did not bring the immediate attention to Stellar, it is certainly something that is worth taking into account.

FairX is a platform for the exchange of cryptocurrencies that will be supported by Stellar. The way it will operate will mostly resemble other exchange platforms, and there can be a direct exchange between fiat currencies and cryptocurrencies. Furthermore, quick transactions and low fees which Stellar will be able to provide with its technology is a reason good enough for the users to shift their focus from other platforms.
Get the Latest & Recommended articles in your Inbox

All of these reasons are enough for everyone to see what is happening with Stellar and how they are likely to become very important in 2018. Their secret lies in Stellar’s usage in the real-life platforms and it is only natural to spark a demand among the investors.
Yet the world of cryptocurrencies and blockchain is new, and unforeseen things can happen along the way. It is always smart to read, follow, discuss, and do thorough research before making any conclusions when it comes to investing. The same applies to Stellar, no matter how good things look for it currently.
Copyrights © 2023 Inspiration Unlimited eMagazine

This Page Has Inspired
1062
People So Far..
Any facts, figures or references stated here are made by the author & don't reflect the endorsement of iU at all times unless otherwise drafted by official staff at iU. This article was first published here on 19th June 2018.
iU eMagazine
Editorial Team of iU eMagazine