The Top Health Benefits You Can Get From Medical Marijuana

Not only has the cannabis plant been around for centuries, but science has proven that the human brain actually contains cannabinoid receptors, which are specifically designed to attach themselves to the cannabinoids contained in the marijuana plant. Expert views around this are welcome in the comments. Read ON!
This Page Has Inspired
1048
People So Far.. 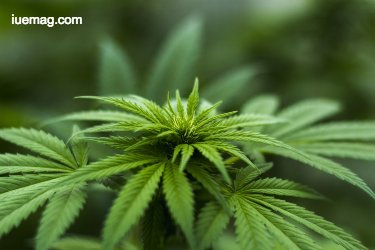 According to the latest research, medical marijuana has a wide variety of clinical applications, including glaucoma, nausea, chronic pain, anxiety and spasticity, to name but a few. Not only that, but cannabis has also been shown to help in stimulating the appetite, reducing symptoms of dementia and can even protect the body from the development of malignant tumors.

In fact, highly recognized medical organizations such as the Federation of American Scientists, Health Canada as well as the American Public Health Association, all agree that cannabis should be made legal and available to patients, especially when used under the supervision of a qualified physician. Read on to find out why. 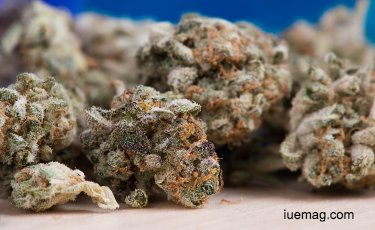 Ingesting marijuana naturally leads to an increase in appetite, as evidenced by a phenomenon known as “the munchies”. This is due to the endocannabinoid system found in marijuana, which helps to moderate your appetite. As a result, marijuana is often used as a form of treatment for those who suffer from eating disorders like anorexia, and it’s pretty much helpful for anyone who wants to gain weight as well.

Studies show that most patients that take marijuana for pain relief report a significant reduction in pain after taking the marijuana, and this includes neuropathic pain as well as chronic pain. This is good news for anyone that wants to avoid the use of more conventional treatments like aspirin, steroids and opioids, all of which come with undesirable side-effects. As a result, most medical marijuana prescriptions in the US are given to patients that suffer from chronic pain.

While some people are of the impression that marijuana is harmful to mental health, the opposite is actually true. In fact, the mental health sector has taken a serious interest in marijuana, and quite a lot of studies are being done to determine the plant’s ability to aid in healing mental health ailments such as depression, anxiety, schizophrenia and even phobias. Most of the available research indicates that the cannabinoids found in marijuana can help to treat these and other health problems more efficiently than traditional methods.

Moreover, cannabinoids have been associated with positive brain development through their ability to spark the formation of new neurons through a process that’s known as neurogenesis, which also promotes improved brain elasticity. Medical marijuana also helps to protect your brain’s neurons which in turn, help in the treatment of mental health problems like Parkinson’s disease, Alzheimer’s disease, migraines and more.

Many medical practitioners have been prescribing medical marijuana to their cancer patients in order to offset some of the negative effects of chemotherapy treatment. However, extensive research is currently underway to determine the plant’s ability to actually heal cancer on its own.

Also, past studies indicate that the THC compound found in medical marijuana can help to treat cancer, even when used on its own. The only “downside” to using marijuana products that are high in THC is the psychotropic effects that it can have for some people, which often manifests as an indescribable “high”. However, this is a small price to pay when you consider the benefits.
Get the Latest & Recommended articles in your Inbox


Reduction of stress and anxiety:

Medical marijuana is often taken to reduce everyday stress and anxiety, or to “ease the blues” as it’s commonly known. This is largely due to the THC element of the cannabis plant, which actively releases endorphins that significantly reduce stress levels while giving you a more positive and relaxed outlook on life.

Fights insomnia:
A lot of people suffer from insomnia as a result of other conditions like chronic pain, anxiety, stress, psychological problems and depression, to name but a few. The good news is that there are certain marijuana strains that are known to help with each of these ailments.
If you want to find additional information on this amazing plant and how it can benefit your health, you can read more about medical marijuana internet.
Copyrights © 2023 Inspiration Unlimited eMagazine

This Page Has Inspired
1048
People So Far..
Any facts, figures or references stated here are made by the author & don't reflect the endorsement of iU at all times unless otherwise drafted by official staff at iU. This article was first published here on 20th June 2018.