History of Our Favorite Drinks

Drinks evolved over time but the favourites only evolved in their tastes and reach. Here's a quick run-through of our favourite drinks. Read ON!
This Page Has Inspired
1056
People So Far.. 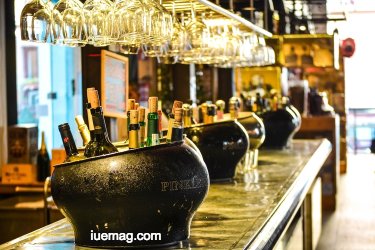 Do you enjoy an ice cold beer after a hard day’s work during the summer months? Or perhaps you like to get comfortable with a good book and a tasty rose? Or, perhaps, there is nothing more satisfying to you than a cup of strong espresso to kickstart the day. Whatever your personal preference is, chances are you’re drinking something that the world over has been consuming for hundreds or even thousands of years. We’ll shed some light on a number of our favorite drinks and the role they played throughout history.

About 6,000 years ago, ancient Sumerians, living in modern-day Iraq started to ferment beer from barley. Barley and wheat were among the first crops produced by man's early agrarian civilizations. Nowadays, historians believe that beer even pre-dates bread! Beer was a drink that common people made in their homes and drank whenever they desired. Beer was so popular that the people in ancient Egypt, who built the pyramids, were rewarded with bread and beer. Likewise, in Babylon, over 4,000 years ago, it was a custom for a bride's father to supply his son-in-law with as much beer as he could drink for the first month after the wedding. 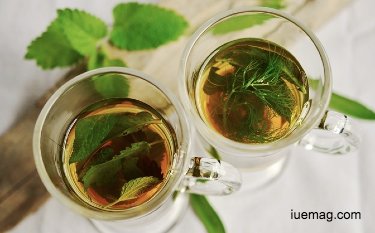 Tea has its early origins in China. A Chinese inventor, whose identity is not known, made a tea shredder to tear up tea leaves into small pieces. The tea shredder had a sharp wheel positioned in the middle of a wooden or ceramic pot. Tea was first drunk in China during the reign of Emperor Shen-Nung in 2737 B.C. By the third century A.D., it was customary to drink tea daily in China.

During the expansion of Britain's imperial and industrial power, tea played a significant role in this progress. Tea provided the additional fuel needed to keep workers alert during the long shifts at the factories. Whilst the working and living conditions have drastically changed since those early days, tea drinking is still an integral part of British culture and all around the globe.

Whilst there are some conflicting accounts of its origins, there is a general consensus that it stems from the north-eastern area of Africa - more specifically, what is today’s modern day Ethiopia. Curiously, though, while the original discovery of the magical properties of the coffee bean occurred over a thousand years ago, it wasn’t until the 16th century that it makes its appearance in Europe (and subsequently other regions in the world).

Coffee was seen as a drink that sharpens the mind and the coffee house was the place to come together and exchange information whilst sipping the dark stuff. Coffee houses had become locations where important business and politics were discussed. The French Revolution got its start in a coffee house, as had the London Stock Exchange and Lloyds of London!

Kool-Aid, a famous powdered drink mix, was invented by Edwin Perkins in Hastings, Nebraska. The young man was always thrilled by chemistry and loved making new inventions. When he moved with his family to Nebraska in the early 1900s, he made different 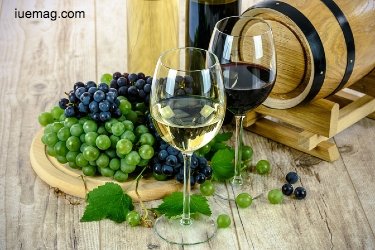 homemade concoctions. Eventually, he created the drink that was later renamed Kool-Aid. The drink was originally called Fruit
Smack and then Kool-Ade before the name was changed to its current iteration.


Wine may be the same age as beer or even older, but historians are not sure which one came first. Stone age humans may have taken their first wine as the juice from naturally fermented wild grapes. But it was difficult to produce and store wine because you needed fresh grapes to make it. You also needed pottery to store the wine afterward. For most ancient cultures, it was difficult to keep the wine from becoming vinegar. Check here for history of wines.

The difficulty in making and storing wine was what caused it to be associated with the social elite and religious activities. Wine made in regions like Greece and Rome improved the economic fortunes of these ancient empires.

The history of Coca-Cola started in 1886 when Atlanta pharmacist, Dr. John Pemberton created a soft drink with a distinct taste for sale at soda fountains. He formulated a flavored syrup, which he brought to a pharmacy in his neighborhood. There, it was mixed with carbonated water and the first samplers said it was excellent. It was his partner, Frank M. Robinson who named it Coca-Cola and designed the script logo, still used today.

The first servings sold at 5 cents per glass and only sold about 9 servings per day for the first year. This drink has become so popular that it is sold in over 200 countries with an estimated global sales volume of 1.9 billion per day. Two years after creating what has become the world's most popular soft drink, Dr. Pemberton died. But before then, he sold a large portion of the business to Asa G. Candler, an Atlanta businessman.
Get the Latest & Recommended articles in your Inbox

It was Mr. Candler who led the effort that moved the drink out of Atlanta. In 1894, Joseph Biedenham decided to install a bottling machine at the back of his soda fountain and he became the first to bottle the product. Five years later, a few entrepreneurs secured the exclusive rights for bottling the drink, and then a large scale, global bottling system began. The rest is, as they say, carbonated history.
That's a brief history of some of the most popular drinks consumed today (and throughout history). Now that you know how some of these drinks came to be, you may even be inspired to create a drink of your own that will stand the test of time.
Copyrights © 2023 Inspiration Unlimited eMagazine

This Page Has Inspired
1056
People So Far..
Any facts, figures or references stated here are made by the author & don't reflect the endorsement of iU at all times unless otherwise drafted by official staff at iU. This article was first published here on 13th June 2019.