Empathy isn't always everyone's cup of tea. It takes a great deal of experiences in life plus a genuine bent of mind to want to empathise and touch of humanity to do it all the more meaningfully. Here's a piece from Sandhya Nagaraj that highlights the importance of empathising with others and how it could go a long way personally and professionally. Read ON!
This Page Has Inspired
1105
People So Far..

Talking about his Hampi trip(a UNESCO registered heritage site in Karnataka, India), Sujit sir was narrating an incident where his car got stuck in fine sand, and how it took a whole lot of men, a sand storm and a lot of smoke by the car, to get the car out of the sand after it had sunk in… and then came the thought of this piece.

You return home tired from office, and are asked to help out at home. You have to finish cleaning your messy room before you can start homework - forget about playing with friends, that’s a long shot today. You are having a rough week, and you attempt to delegate some work to people around.

But doesn't work. It's your responsibility, after all. It is rare to find someone to listen to your side of the story, when they are living theirs.

But as the famous saying goes, there are always two sides to a story.

Three, actually, but let’s stick to two for starters! ???? (three sides being your version, their version and the TRUTH, but well.. the truth as Oscar Wilde says, is rarely pure and never simple. I will hold the discussion on truth for another time, simply because it takes goddamn courage to be straight and honest with oneself (forget others), and that is a journey in itself, and most definitely isn’t what I intended to touch in this post!)

How often does it happen to you, that you have some expectation of somebody - your bestie, your spouse, your parents, your boyfriend/girlfriend, your siblings, your neighbours, your colleagues… the list is endless - and they DON’T live up to it? They don't finish the work given to them on time, they don't do a job well enough (as per our standards), they don't turn up on time when we have to go on a trip... And on the contrary, they seem to be the people who want their expectations to be fulfilled even for the smallest of the things.

At such times, isn’t it true that we concluded that they weren’t responsible enough to handle the situation? More often than not, it is true.

We all don't have the same weaknesses/strengths

We all don't come with the same sins (which is hard enough to understand), but more surely we don't have the same weaknesses. But, often the conclusion when someone isn’t good enough at something we are good at, is that they’re not responsible enough.

But this conclusion, is far, far, from the truth.

We don't know/understand somebody else's circumstances

There was a colleague who wouldn’t contribute to work as much as the rest of the team did, in one of the projects I worked in. Everyone wondered if she didn’t just didn’t have the aptitude for work, or was it just the attitude. When I spoke to her about it, I quickly realised a few things:

a. Her house was almost double the distance compared to everybody else in the team.

b. Her children were younger than the children (if any) of the other colleagues in my team.

c. She was the only person in my team who contributed to household work in a greater magnitude than the rest of us in our team. 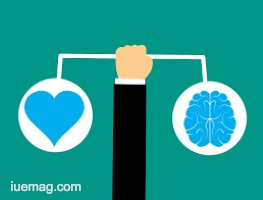 These are just a few things among many, where her home situation vastly differed from the rest of us, and so did her persona. She could have simply chosen to not contribute that much at home, one could say. But for her, it was not an option.

And, since she did not feel the need to contribute more at the workplace, it wasn’t even that she was looking for a ‘solution’, since as per her, there was no ‘problem’ to solve in the first place. And, quite a number of people who didn’t know anything else about her thought she wasn’t smart enough, or productive enough to be contributing to the project like the rest of us. That hardly, was the full story.

Just like Sujit sir’s car, how many times does it happen that we get into situations that are too slippery for us, and how much smoke we emanate while attempting to get out of them. Goes without saying, how many people are involved in getting us out of it.
Get the Latest & Recommended articles in your Inbox

So the next time you see somebody venting about something of their life, know that they don’t need judgment. They need help.

If you can be of any help, do what needs to be done. If it is something that is beyond you, it is still enough, to end the conversation without a judgment. You will be doing both yourself and the other person, a great favour.

This Page Has Inspired
1105
People So Far..
Any facts, figures or references stated here are made by the author & don't reflect the endorsement of iU at all times unless otherwise drafted by official staff at iU. This article was first published here on 26th June 2019.
Sandhya Nagaraj
Sandhya Nagaraj is a contributing writer at Inspiration Unlimited eMagazine.