6 Athletes Who Defied the Odds

Athletes inspire the spirit of fighting to victory and never giving up and those that create history inspire people from every domain and enterprise. Here's a list of 6 of them who went on to defy all odds and stand out to make a mark that history cannot forget. Read ON!
This Page Has Inspired
2513
People So Far.. 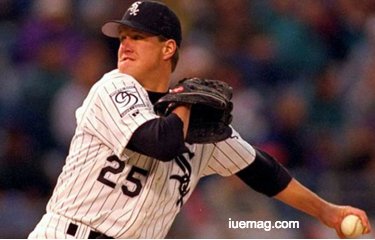 At one time or another every child has those moments where they sit alone with their thoughts and begin to dream of their future achievements; some go for astronauts; some go for Hollywood, but a large section of young people aspires to be sports stars.

Unfortunately, 99.9% will give up on their dream with most of them doing so before they even reach full maturity. Here is a list of six people whose stories should help keep your dreams alive and are hard proof that anything is possible.

These are six people who defied the odds to make it. Some made themselves world famous, some earned themselves a better life whilst others just achieved something that, at one time or another, seemed impossible. Nothing is impossible and getting the right mentality is a huge step in the right direction. Who knows what the future holds?

Jim is nowadays considered as one of the best pitchers in baseball history, but his career become more impressive if you acknowledge that he was born without his right hand. An excellent quarterback in High School and although he could have had an easier career in American Football, Jim wanted to play baseball. Even though most people would tell him it was quite unlikely for a kid with such a disability to become a pitcher in a game that involves playing and throwing with your hands, Jim didn’t give up.

With persistence he was drafted and picked to play in Seoul Olympic Games, where he won the unofficial Gold Medal for US – since baseball was used as a demonstration sport. Later he went to play for the California Angels, the New York Yankees, Chicago White Sox, among other teams who are normally on the top for the MLB odds to win World Series.

The former England striker is one of his country’s most loved soccer personalities nowadays after a goal filled career with Crystal Palace and Arsenal, but it wasn’t always that way. Wright was brought up by his mother and a violent stepfather. The opportunity of professional soccer seemed to have passed him by after a couple of unsuccessful trials.

Fast forward on his path and Wright would find himself a non-league player spending time in prison for dodging his car insurance and tax. It was in that moment his mind set altered and to this it contributed the actions of one teacher, Sydney Pigden, that Wright would argue to be “the first positive male figure that I had in my life”. Now he can look back on a career that included a Premier League title, two FA cups, a League cup, a Cup Winners cup and an Intertoto cup. Forever an Arsenal legend.

Nunez-Roches was born in Belize, a small country in Central America, his father was absent and when his mum moved him to the States at the age of 8 he was ‘amazed' to witness running water and electricity for the first time but he still didn’t have a stable home and was, at times, living homeless.

Through hard work and determination he became the first Belizean to appear in the NFL and if that’s not enough, he spends his spare time giving back to those less privileged than himself.

Crolla was just weeks away from a shot at the lightweight world title when his neighbour’s house was broken into. Crolla spotted the men and chased them off but whilst catching one, the other ambushed Crolla with a concrete slab leaving him with a fractured skull.

A slightly harder blow, a slightly different angle and Crolla would have been dead. He vowed to return to the ring and become a world champ. He did exactly that – and inside a year too.
Get the Latest & Recommended articles in your Inbox 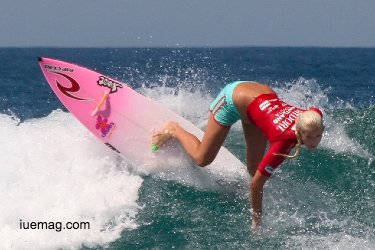 Hamilton took up surfing from a young age and excelled on the waves long before being attacked by a tiger shark at age 13, in 2003. The attack cost Hamilton her arm but her passion and bravery remained.

She entered the water again just one month later with a custom board and, after changing her style to surf with one arm, entered and won professional competitions. Just one year after the accident, in 2004, Hamilton won the NSSA National Competition in Australia, winning it again the next year in the USA. She continues winning competitions til date, having conquered the Surf 'n' Sea Pipeline Women's Pro in 2014.

Michael Jordan, one of the biggest names in the history of NBA and arguably the greatest of all time and whilst his story doesn’t involve severe injury setbacks or an upbringing on the road his story is one, we can all learn from. Jordan was dropped by his high school team – they didn’t think he was good enough. Well, we guess Jordan showed them.Throughout his career Jordan refused to let go of the missed opportunities, lost games, missed shots and the titles they may have cost. It just goes to show, if you’re dropped in school or are not considered the best in school, you should continue believing in yourself and working hard to overcome the odds. Use all the ‘No’s’ as motivation and don’t give up.
Copyrights © 2023 Inspiration Unlimited eMagazine

This Page Has Inspired
2513
People So Far..
Any facts, figures or references stated here are made by the author & don't reflect the endorsement of iU at all times unless otherwise drafted by official staff at iU. This article was first published here on 26th June 2019.