Cricket is much loved globally for the energy it brings to the audiences and has a very large scale following only next to football but it took many many centuries to come to where it is today. Here's a lovely look into the journey of this sport through decades of growth. Read ON!
This Page Has Inspired
1040
People So Far..

Cricket is a game devoured for the valor and vigor it creates for the players and the spectators. The format is simple yet engaging. Though it has evolved from being a mostly boys game to a game of true spirit and both genders, from the 17th century until here. 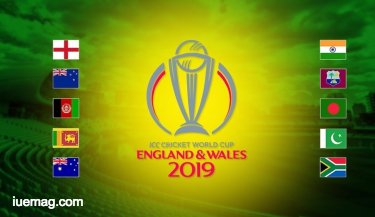 This piece is a very brief and focused quick look into what it was and how it came to be to where it stands in 2019 with the world cup taking place at this time. For contemporary world cup plan you can take a look at the essential guide of cricket world cup 2019 available on various platforms across the internet but for the history of cricket itself this piece of writing will take you through a journey from the times of saxon/norman until your today.

The game started off in village areas of England from where it took shape into a sport we know today over almost 3 centuries. So, if you learn from this that things can take time, they indeed do. Who knows the small little game you might be playing with your friends, family or cousins could be tomorrow's global superhit after all.
The game of cricket was more of an engagement of boys trying to stop a ball from reaching a particular destination with a stick. It then evolved into someone throwing the ball and then somebody else putting it into a trajectory with the help of a stick that later came to be known as the bat. In UK they soon formed a body then in the 17th century to put together rules and regulations for the sport and make it an official affair to be able to govern the matches and get more people to play it.

From the times of 17th century itself the game was sported by women and first match seemed to have gotten played halfway through the century by the women in UK in surrey. While, some sources like Wikipedia mention the sport to have begun in france in 1300 times, it’s still left to speculation based on feebly available sources. Few other references include that of a court case in Surrey, UK where a 59-year old claims to have played creckett on the plot under dispute in the case, 50 years earlier to the reporting of the case. While another classis case is of two men being prosecuted for playing a game of cricket instead of being at the church on a Sunday morning.


Origin of the name

According to Wikipedia: It could possibly be derived from the earlier spelling creckett. There are references to the middle dutch krick(-e), which means a stick. Middle dutch word krickstoel also means a long low stool used for kneeling in church which resembled the earlier stumps used during those times. Other references include French word croquet and an English word cryce which mean a wooden post and a crutch respectively. While everything we know of cricket is to do with the bat and the ball, back then the naming involved the stick [bat] maintly unlike football which bears the name from the ball used in the sport. 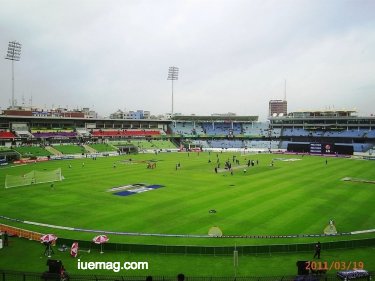 From MCC to ICC

The Marylebone Cricket Club was the earliest known body for cricket that governed the laws of cricket starting 1787 and until 1993 it did when it transferred the governance to ICC while it still maintains the copyrights to the laws.
The body was formed then to govern the spirit of the game, the laws, decide the schedules and more. MCC organized most of the international tours in the 20th century from early 1903 to 1966.
From 1993 ICC took over and has 104 nations as its members to date with 12 official Full time members and 92 associate members. ICC is based out of Dubai and governs all the schedules of international cricket today. The recent Pepsico CEO Indira Nooyi holds the independent directorship in the board according to the website’s last update.
Get the Latest & Recommended articles in your Inbox

ICC and Evolution of Cricket 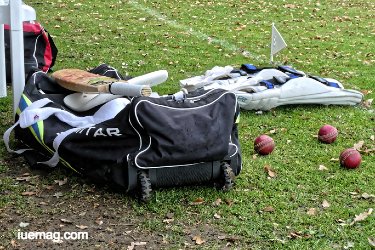 from all nations and brought large brands together. 1.5Billion viewers is what cricket holds worldwide today with 1.5Mn members/partners to the cricketing body.
The matches of most world cups after 1980s have had 50 Overs format until date and test cricket is most revered until date as a format to test the players game and true abilities.
The ICC[International Cricket Council] has set the schedule for 2019 and going successful with its growth year after year maintaining the spirit, integrity and the growth of the game. The cricket is today after Football [soccer] the most watched and followed game globally. With new countries sending out teams and Afghanistan getting into ICC group officially cricket is growing in its reach.
When did you first hear about cricket? What level of cricket do you enjoy? What do you predict for cricket in the coming 100 years? Who’s your pick for the winning team in 2019 world cup?
Copyrights © 2023 Inspiration Unlimited eMagazine

This Page Has Inspired
1040
People So Far..
Any facts, figures or references stated here are made by the author & don't reflect the endorsement of iU at all times unless otherwise drafted by official staff at iU. This article was first published here on 13th June 2019.