Why 'Everything is going to be okay' is leading you nowhere in Life!

In today’s world, there is a tendency to believe that "positive thinking" alone can take you places. It is something that is commonly misunderstood, and hence misused time and again by people - more so like any drug that is available over the counter, needing no prescription. Read ON!
This Page Has Inspired
1256
People So Far.. 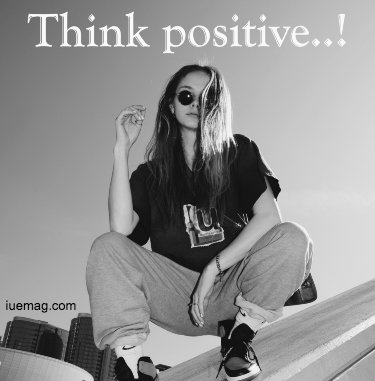 Everybody seems to think they know how to “think positively” even when they don’t really get any results from it.

This rush towards positive thinking is a direct consequence of the fad of fixing the symptom to fix a disease. This in it’s true essence actually translates to: If there is a disease, it makes itself known through a symptom. Hence, the absence of a symptom also means the absence of disease. So get rid of the symptom, and your disease is gone. True? False, obviously! I don’t need to make a strong argument to get you to agree with me on this. How many people do you know who have no ailments whatsoever, but can’t definitely classify as “healthy”?

The absence of a symptom may indicate the absence of a disease, but it is no way an indicator of health. Health is truly another matter altogether. The days when you wake up well rested, when you are on your toes, with a generally positive outlook towards life; days when you can go out and about, work on multiple things, plan well, execute better, and let the situations you want feed off your energies; days when you are able to just be in the moment; days when everyone who gets in touch with you breathes slightly easier. That, is true health. For none of the above things are possible without being energetic, and it is near damn impossible to be that kind of energetic without enjoying good health! Think of an unfortunate day when you had a backache - or wait, let’s take the common cold. The common cold can get to us, isn’t it?

On a similar note, “positive thinking” on similar lines will lead you nowhere in life. It may be a small consolation for a few days, but we are not looking for small consolations in life, are we? Why aim for the meagre while the mountain is within your reach?!

How often does it happen that you find yourself in an undesirable situation and you write it off saying, not sure why that happened, maybe just a bad day… “Everything is going to be okay!” And attempt to sleep it off.

When Slept on, things Boil over

This water called life does not boil over in a day. It first warms up, and if nothing is done to change the rising temperature, it just continues to heat up and one day boils over.

Let’s say you (okay, let’s go for the first person for this one because well, that’s me) ate one pack of Kurkure today, and nothing happened. I like Kurkure, and I see there’s no drastic consequence (as yet, at least!) of having some. So I eat the same thing again tomorrow, and the day after that, and the day after that… and the day after that. What? Reading in disbelief? Everybody has their own thresholds for saturation! So, the Kurkure packs, one after another after another - until one fine day when I have an acne flare up, or an ulcer, or bad cholesterol - depending on how much I've overdone it. And then, it’s too late. I will have to either give it up for good, which again is not pleasant, or easy! 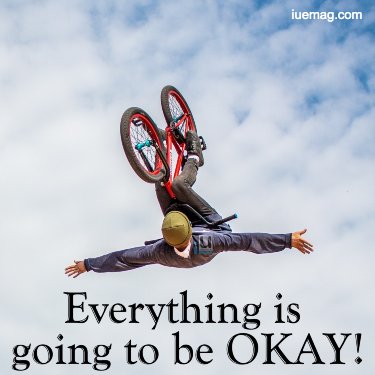 There’s only two possible reasons why I would land up in such a situation in the first place:

1. I don’t know the consequences of over-indulging in Kurkure (actually in anything for that matter but yes, let’s stick to Kurkure here) because I don’t know that it is bad for health.

2. I know that it isn’t great for my health - but hey, I’m doing EVERY other damn thing right in life, and so it is okay to over compensate in Kurkure? EVERYTHING IS GOING TO BE OKAY! I also think positive. Hear, hear.

How ridiculous does this sound?

But that is literally what we do in ALL aspects of life. Allow life to boil over, and then realize where we went wrong just in that one moment before we probably evaporate due to the heat we face in life. How often do we ignore the small stuff, when they happen? How often do we pay attention and act on the small things that need change? There are no brownie points for all the disasters you avoid in life. There's no praise or appreciation for you just being you, and keeping your life amazing, because the work that goes behind it remains unseen.

There's points only when a disaster happens, and you manage recovery. But in the truest sense, which is better? Reaching a disaster and then barely managing to recover, or paying attention to everyday small things, and course correcting to ensure that there would be no disaster in the first place? The latter of course, is easier said than done - and it cannot be done just by thinking that Everything is going to be okay.
Get the Latest & Recommended articles in your Inbox

When does positive thinking actually work?

The good news is, positive thinking works when you begin your work at the root of the problem while maintaining a positive attitude. When you start looking at the fundamental things differently. When you start fixing what needs to be fixed, even if it is 1% a day. That does sound simple, doesn’t it? Just think of somebody who inspires you. It could be a parent, a mentor, a friend, a professor/teacher, a celebrity whose life you closely follow, a sportsperson, an artist, a writer - just about anybody whose presence has been an inspiration for you in life. There would be one common denominator in these people - without a doubt, they would be an embodiment of action with a positive attitude. Now, it's time to make it all about you.
Let's say that you want to improve your focus, or start a new project, or get into a fitness regime. Along with a go-getting attitude and mindset that nothing can possibly go wrong, setting small, achievable incremental goals for yourself - be it in managing an area that is not a strength, or be it achieving mastery in the area of strength, would go a long way in reaching your desired destination. Leaving you with a final thought - don't forget to take those small steps towards what you call home, while staying attuned to the light.

This Page Has Inspired
1256
People So Far..
Any facts, figures or references stated here are made by the author & don't reflect the endorsement of iU at all times unless otherwise drafted by official staff at iU. This article was first published here on 1st June 2020.
Sandhya Nagaraj
Sandhya Nagaraj is a contributing writer at Inspiration Unlimited eMagazine.