This Page Has Inspired
1075
People So Far..
At the end of the 1970s, it was believed that a total of about 300 million people (including Spain, South America, the United States, and some other territories) spoke Spanish. Over the past years, this figure has almost doubled. Today, Spanish is the official language in 20 countries, with an estimated 577 million speakers. It is officially recognized as the second language of international communication. 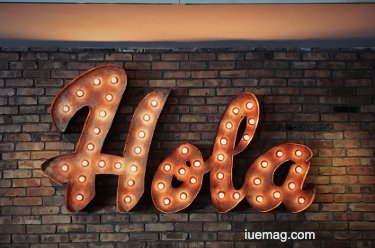 A lot of people start learning this beautiful language every day. There are a few reasons why you also should take up Spanish as your second or even third language.

Spanish instantly captivates with its rich intonations, dynamism, and bright uniqueness. Temperament and sensuality are in every word and gesture. Exceptional and unique, it seems to breathe the energy of the sun into you, instills new hope, surrounds and takes you into the arms of a sultry summer, the azure sea, into a world where emotions and feelings rule, into a world where dreams come true!

Spanish is the most widely spoken of all Roman languages ??and the second most popular language to learn in the world. One of the reasons is its ease of learning for beginners: there are no difficulties with pronunciation and grammar! You can start watching beginner-friendly Spanish TV shows and listen to Latina music right at the beginning of the learning process. Is Accurate ranked lists of translation resources will help you to work with texts in foreign languages. You can also easily find Spanish native speakers to talk to online. Many researchers believe that soon it may completely push aside English and take the honorable first place.

Reason 3. Spanish unites 500 million people and 22 countries, and this is not the limit!

Spanish is spoken today by more than 500 million people in the world, or 22 countries in 4 continents, and this is about a fifth of the world. The scope of its distribution is constantly expanding. In terms of the annual increase in people for whom Spanish is their mother tongue, it has already come out on top in the world compared to other languages.
Get the Latest & Recommended articles in your Inbox

Spanish is the second most used language in international business communication. The number of agreements between companies all over the world and firms in Spanish-speaking countries is constantly growing. Contacts are actively expanding not only with Spain but also with the countries of Latin America.

Spanish is a tool that opens doors and creates real job opportunities. Do you want to be a Spanish teacher? Start with having private lessons with a tutor to have an idea of how it all happens. Does being a translator seem to be a better idea for you? Check out translation courses online and start practicing in a few months. Besides, nowadays knowledge of only English is not enough, and large companies prefer to hire specialists who know at least two foreign languages, including Spanish.

Reason 5. Spanish is the language for discovery and communication!

Spanish is the only language that will help you discover all the secrets of 22 Spanish-speaking countries, and they are rightfully famous for the richness of traditions and customs, amazing variety and beauty of landscapes, as well as exceptional climatic conditions. In the hospitable and friendly Spanish-speaking world, you can not only relax and enjoy carefree but also get acquainted with all the shades of the multicolored cultures of Spain and Latin America, as well as make many friends in all corners of the four Spanish-speaking continents!

You just need to take one step forward towards the Spanish language, and you will discover a world full of tempting prospects, interesting acquaintances, and exciting discoveries! Just one step into a new world!
Copyrights © 2023 Inspiration Unlimited eMagazine

This Page Has Inspired
1075
People So Far..
Any facts, figures or references stated here are made by the author & don't reflect the endorsement of iU at all times unless otherwise drafted by official staff at iU. This article was first published here on 12th June 2021.