When we hear someone use the word cancer in a sentence, our mind often prepares us for tragic words like death, sickness or the phrase "has no cure". True, it is one of those subjects many of us are uncomfortable talking about, let alone have to live with it. However, the fact is that in Australia, an estimated 130,466 diagnosed cases of different types of cancer have been reported, 46,880 of which ended in the death of the patient.
This Page Has Inspired
1054
People So Far..

Even after years of medical research, there still is no cure for it. One can, of course, try their best to prevent it, but not much can be done when the disease is heredity. Many after being diagnosed do get treated, thanks to timely effective radiation therapy; however, chances of a recurrence can’t be accurately predicted, or ignored.

But to a medical scientist, everything happens for a reason and has a cure –maybe not today but hopefully in the future. With such determination to find the treatment of cancer for those living with different types of cancers, an Australian-based cancer research firm exchanged intellect and joined hands to find a cure. 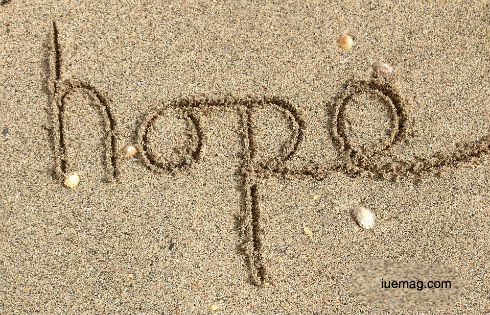 New-found research has ignited hope by identifying those who are at a higher risk of developing neuroendocrine pancreatic cancer. The study conducted at University of Melbourne was headed by Professor Sean Grimmond, who holds the current Bertalli Chair of Cancer Medicine. The findings of the result provided an atlas by pinpointing all those mutations that were responsible for every small and major type of pancreatic cancer in both males and females. Not to forget, in 2012, 3,123 cases of pancreatic cancer were diagnosed alone, accounting for 2% of all cancer cases diagnosed.

The research included 100 Australians patients, selected via the Australian Pancreatic Cancer Genome Initiative and involved carrying out the genome sequencing of tumours. According to Grimmond, every 1 out of 5 patients in the study had a genetic tendency to develop pancreatic cancer without having any history of it in the family. He believed this identification was possible and thus curable.

Surprisingly, another startling discovery that the findings of this study made was that the genes responsible to cause rare forms of colon cancers and breast cancer in women were also present in the  patients’ DNA who suffered from neuroendocrine pancreatic cancer.

"For this rare cancer we now have a good blue print and, to our surprise, found one in five patients had inherited a mutation in their DNA—it's in every one of their cells—and we have evidence it is predisposing them to the development of their tumour.”

Furthermore, the findings have also brought into light some exciting possibilities.
Get the Latest & Recommended articles in your Inbox

Subscribe!
“Once you have a predisposition gene, it is very valuable to understand which tissues are vulnerable to getting a tumour”, says Grimmond.

This can surely be called Australia’s contribution to the international research centre to ensure that our coming generations grow up to live in a cancer-free world. But this is still a relatively new theory. Whether it will prove to be successful or a complete failure like many in the past, it has paved a way for more researches to come.
Copyrights © 2023 Inspiration Unlimited eMagazine

This Page Has Inspired
1054
People So Far..
Any facts, figures or references stated here are made by the author & don't reflect the endorsement of iU at all times unless otherwise drafted by official staff at iU. This article was first published here on 16th May 2017.