May 16: 5 POWER Lessons From 5 Leaders Who Made History On This DAY!

The next few minutes of your life that you spend in reading the below lessons, while you learn from the journeys of some of the phenomenal personalities born this day, who lived as legends and will continue to live in this world through their work, can be one of the reasons to become the kind of leader you will be in the next few years.
This Page Has Inspired
1018
People So Far..

1. “The attitude of coming up with ideas to eradicate deficiency is what gives an ordinary, the tag of an extraordinary.” 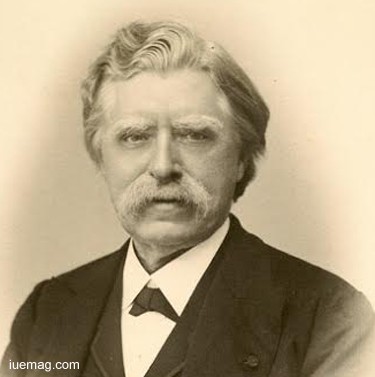 What do we all usually do when there is a problem and no solution? Most of us get adjusted to the problem instead of thinking for a solution. When there is no alternate to do a tedious job, not all stop their work to create something that completes the job for us. Imagine how difficult it would be to address a large gathering during times in which there no microphones. Think how tough it would be to call a person who is far away from town if there are no online communication facilities for speedy communications. Life would be hard right? Like everyone around, if he had not thought about improving the living conditions of the planet, we wouldn’t have any invention which simplified our lives and increased their standard.

Meet this marvelous personality David Edward Hughes, who employed his capabilities, knowledge and wisdom to invent and innovate all that which simplified and empowered people’s lives and living standards. The British-American inventor, practical experimenter, and professor of music is remembered for his work on the printing telegraph and the microphone. He also designed a printing telegraph system. He was a child prodigy who, at 6 years of age, developed exclusively dynamic musical abilities. By showing the change in resistance in carbon telephone transmitters, he found the interaction between carbon parts. He called its ability to pick up extremely weak sounds as a "microphone effect"

2. “Stop complaining and start accepting. You got be decisive in extracting things which would better your life.” 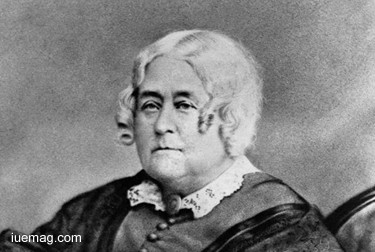 We pray for rains during dry summers and pray for the bright sun shine during the heavy monsoons. Sometimes everything that happens in the world has a problem and sometimes the world looks beautiful irrespective of anything that has happened. So what do you think is the cause for it? It is the just that we want everything to happen according to our desires. It is the situations and circumstances which we got to handle and the challenges which we got to face in our lives which indirectly add to such attitudes of ours. Let it move on, let the nature carry on with what it has to, you must make your life by focusing on everything that helps you build your life in some or the other way. If it rains in the summer, then enjoy the freshness and if it rains in the monsoon then feel happy as nature is following its routines.

Elizabeth Peabody rather than grieving and complaining about the reality, she accepted and lived according the nature’s decisions as he looked only at things which would raise her. The American educator discovered embedded ways which laid the foundation of her success. She opened the first English-language kindergarten in the United States. She also translated the Buddhist scripture to its first English version. Promoting the fact that, additional care and value must be given to children’s education, the teacher and educational reformer planned and sensibly thought what had to be taught to such small kids.

3. “Success is not in simply reaching your destination. Real success is enjoying every moment of the journey you take, including the hurdles in the path.” 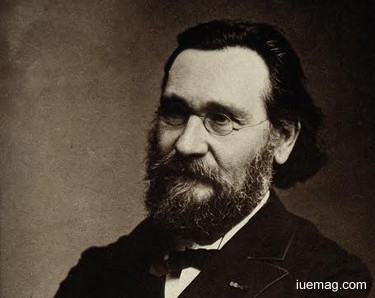 Many say that once you start your journey to discover yourself, you have to sacrifice all your pleasures and happiness and you have to change your life style to continue to travel. It is true that comfortable, fun-filled style of leading your life may fade a little but don’t you think achieving success would not just compensate all that you’ve lost and sacrificed to journey but adds more to color your life with ecstasies? A little more hard work, a little more dedication, a little more devotion and a little more sincerity in your effortful attempts would fetch you the designation of an achiever. Make your passion, the love of your life. Let working sin itself become the biggest pleasure which you hunt for. In this way, you will create a feeling such that you haven’t missed anything in life.

Elie Metchnikoff made his passion for discovering truths embedded in the field of life sciences, his full time pleasure, love and source of satisfaction. The Russian zoologist was known for his pioneering research in immunology. Winning the Nobel Prize in Physiology or Medicine for discovering phagocytosis, he coined the term gerontology. Dedicating his entire life to his passion, he also studied about aging and longevity. He made himself busy in constant trial and error methods to found strong and real developments in this field.

4. “Among those who compete in the race called life, only the most deserving wins. Don’t desire, but work for it and earn it.” 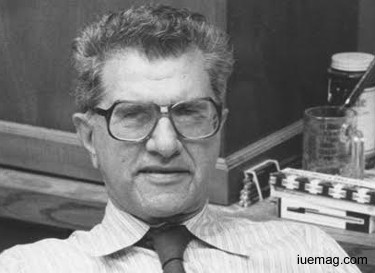 Our universe is built in such a way that many things are left in our hands to destine our victories into our lives. But each of us is unique and thinks differently. Rather than the most clever and intelligent, the most intellectual and deserving win ones this race of life. A potter prays for a bright sunshine all day long so that his wet clay pots dry up fast. A farmer prays for rains even in the summers so that all the crops which he planted and nurtured would grow up soon to feed the world. Both are very tough yet sincere competitors who work and pray for a good cause. During the times when it is very hard to decide who must win the crown of success, their efforts, way of life, thoughts, mental dimensions and a lot of their behavioral attitudes are taken into consideration. That is the reason why lessons about hard work, earnestness, sincerity and optimism are taught right from the beginning.

Merton Miller took an active part in making his participation in the race of life, a successful one. The American economist and the co-author of the Modigliani–Miller theorem supported his family’s income by publishing a local newspaper at the age of 16. He was awarded the Nobel Memorial Prize in Economic Sciences. He further got interested in regulatory and financial problems faced by the financial services industry. Contributing prolifically in financial economics, he began by studying law. He had also established his own legal practice. He ensured nothing, including his depressions, to inhibit his performance in the race of life. He always struggled, learnt and worked hard to make himself the winner of the race.

5. “Analyze before you finalize.” 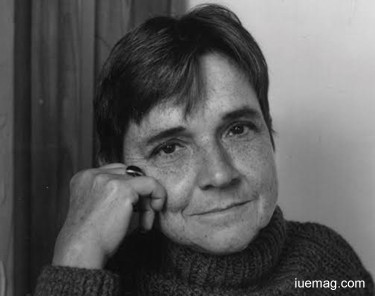 The world takes millions of years to accept the change; and another millions of years to adjust to the change. Thinking a thought to bring about a change is easy but implementing the same is not. Understanding the minds of the society is the preliminary step which we all got to exercise before acting. Founding a change is like a case study. Doing your research well and analyzing is a very important step before you act to begin anything. Once you get a clear picture about all this, only then, start the practical aspect of your thought. Your work, thoughts and deeds must serve the world in such a way that the world craves to see the change and accommodates it in no time. This brings true meaning to whatever you do.

Adrienne Rich didn’t directly start implementing her decision to bring about the change. She first aided contemplation by silently observing the society and then took appropriate action in appropriate way. The American poet, essayist and radical feminist stood for the right in the society. Called the most widely read and influential poets, she was remembered for her prolific writings which directly made a mark on the society. The poet and scholar was committed to empower the women in the society by advocating women's and feminist movement.

Only you can make your life successful. It’s not an option at all because you are here to fulfill the purpose of your life. So it is time for you to make breathtaking decisions which would help you welcome grand success into your life.
Get the Latest & Recommended articles in your Inbox

This Page Has Inspired
1018
People So Far..
Any facts, figures or references stated here are made by the author & don't reflect the endorsement of iU at all times unless otherwise drafted by official staff at iU. This article was first published here on 16th May 2017.
iU eMagazine
Editorial Team of iU eMagazine