May 20: 5 POWER Lessons From 5 Leaders Who Made History On This DAY!

All of us dream but how many have lived their dreams? All of us aim but how many have reached their targets? Why is it that only few and not all achieve what they want to? It is due to lack of confidence, fear and confusion. Here is something that can guide you, direct you, teach you and help you. See for yourself!
This Page Has Inspired
1029
People So Far..

1. “Walk your talk and walk before you talk.” 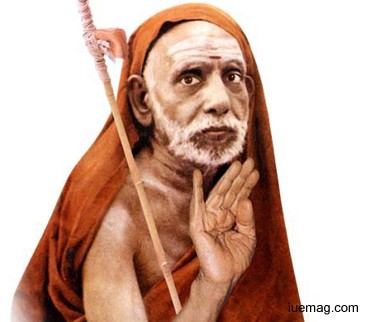 How many of us really follow what we do? How many of us really try and then ask others to? Many times, we follow opinions blindly and recommend the same to many. How will change happen when things are not revised, purified and personally looked through? Not every time we land up on the right platform to catch the right train. So it is very important to screen the words before you follow. The same applies to others also! So make sure you follow and fetch results before you ask others to do the same. But always remember, guiding books, influential contributions and mesmerizing miracles happens when you believe. This was considerably and consistently followed and applied by Sri Chandrasekharendra Saraswati.

The philosopher and spiritual leader was the 68th Jagadguru of the Kanchi Kamakoti Peetham. The preacher never preached because he had to, he did it because he personally felt the goodness in tasting the right path. Hinduism's greatest scholar taught the truth of non-duality. He promoted the need for preserving and augmenting the culture of the spirit. Converting his life into a professional ascetic one at age 13, he made enormous contribution to the preservation of the four Vedas. The walking pilgrim had walked twice travelled the length and breadth of India, visiting thousands of Hindu pilgrim centers to study about the monuments, sculptures, literature, etc.

2. “It’s okay even if the whole world is against you because your passion stands for you.” 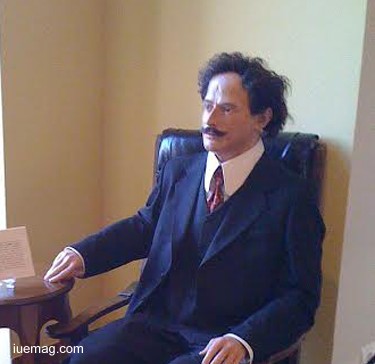 Not all accept your ideas; not everyone support your walk towards your interest; but most of them often oppose your moves and disrespect your way of life instead of getting inspired to build their lives. This is reality! It’s okay if people don’t support you and stand by you. You don’t have to worry at all because what you love, what you give time for and what you respect would always abide by your views, support you and hold your hand during tough times. Your passion alone is enough to introduce to the world of success, satisfaction, happiness and optimism. What if the work you’ve done is not valued? Remember, hard work never remains unrewarded. Nothing is permanent and so is an emotion. So don’t worry about anything because your interest and passion will worship your identity till the very end.

Ali Sami Yen never had a bit of love, care and affection from any of his family member. Hence, he found writing as one of the tool to shape his disturbed life. He started nurturing his passion for writing and made it his world. He ensured that his family’s hard feelings, hatred and disrespect stayed outside his world of passion. The most celebrated Progressive Hindi poet signed poems featuring nature, people and beauty within. Growing up in a village, he cherished the love for the beauty and flavor of rural India and reflected the same in all his writings.

3. “A modest start doesn’t mean a modest life. The construction of a huge building begins with one cement brick.”

Dream big but start small! Starting in itself is an achievement because not all wake up and take the first step. So it is absolutely fine if you don’t get the big opportunity in the beginning itself. Every count with large values and worth are all done by starting the count from 1. Zero being the least valued number that starts the whole number system, is the one which hikes up the value of every other number when appended to it. A small and a modest start doesn’t mean a modest life ahead. It means that there is scope to welcome something very grandness into your life. Starting by focusing on what’s on plate and then celebrating your success all throughout life is certainly advisable than waiting of a better and bigger opportunity.

William Redington Hewlett began his journey to succeed by producing resistance-capacitance audio oscillators in a garage. After graduating, he joined hands with his friend to co-founded the Hewlett-Packard Company (HP). The engineer dreamt big and hence, through small opportunities, he grew up to become a successful technical entrepreneur. The well-known computer company, HP, stands famous even today and has grown tall to touch the peak of success. Actively involving in the company for almost whole of his lifetime, he served the company by pouring all his devotion, dedication, love and respect to make the company grew to an extent which he had dreamt.

4. “Never get tired of attempting. Trials would fetch you a lesson for life or an achievement for life.”

It is easy to think and decide that you will not be able to do it without even giving it a try. But what’s the whole point? You never know, your attempt may succeed and direct you to the next level of life. Don’t always think that attempts fail. A lot of times, your attempts fail because of your negative vibes, lack of belief and confidence and fear. So when you are trying something, try it wholeheartedly with full of energy and a sense of positivity. Your try is like a lottery ticket. If you win then your life is changed; if you lose then you’ve gained a lesson for life which when implemented, would definitely help you win your next attempts. Always remember that everything is unknown unless you give it a try.

Alexei Tupolev voluntarily involved himself into the development of the Soviet Tu144 supersonic airliner. His openness to receive and utilize opportunities to the fullest enabled him to be internationally recognized as of the world's leading aircraft designers. The Soviet aircraft designer was also involved in designing the Buran space shuttle and the long-range heavy bomber Tu-2000. But both were suspended due to lack of funding. This was indeed not a loss to him because he learnt more about the domain. Dear readers, did he lose anything by trying? No! he in fact learnt a lot and earned success. 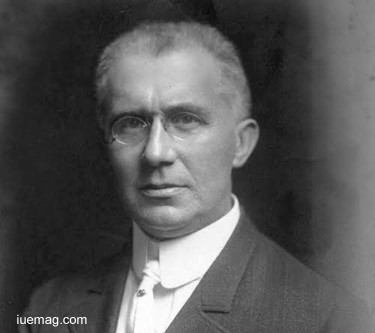 How do inventions happen? It all happens through deep and clear understanding. When you study something, go deep into it and then go wide. This helps you gain complete knowledge and adds meaning to the term, learn. All inventors wouldn’t have studied and learnt well before they devise something new. Then how did they invent? The answer is that they always laid their minds and hearts to every minute change, development and also learnt a lot from the world’s routines. They never just saw things but they observed. Rather than just hearing, they listened. Instead of a plain try, they filled it with learning essence and that’s how they won.

Emile Berliner was no different. He too looked for opportunities to learn and apply his learnings. The minute he applied right logic in right place by using his gained knowledge, he invented the flat disc phonograph record. His art of learning spread its strong roots into realization and hence he became the reason to invent the Gramophone. Without stopping, he moved on to found the United States Gramophone Company which added another feather to his cap of success. Spending several years doing odd jobs, he added to the family’s income. Later, developing interest in the field of technology, he dived into inventing and rocked. He also wrote a book, Conclusions that speaks of his agnostic ideas on religion and philosophy and he was awarded the Franklin Institute’s John Scott Medal

You too can become a leader and preach the lessons that can change the lives of many. But all of it can happen only when you grow to that extent. Growth happens stage by stage and not all at once rapidly. So, start and after your start, ensure you do complete justice to whatever you do.
Get the Latest & Recommended articles in your Inbox

This Page Has Inspired
1029
People So Far..
Any facts, figures or references stated here are made by the author & don't reflect the endorsement of iU at all times unless otherwise drafted by official staff at iU. This article was first published here on 20th May 2017.
iU eMagazine
Editorial Team of iU eMagazine