May 28: 5 POWER Lessons From 5 Leaders Who Made History On This DAY!

All of us want to glide through the milky way and reach the most splendid star of success. These empowering leaders who were born this day also craved for the same and left their lives to serve as space ships of guidance for all of us to touch the star. Read on to learn their secrets!
This Page Has Inspired
1037
People So Far..

1. “When you do things wholeheartedly, the nature will reward it by gifting you your desires.” 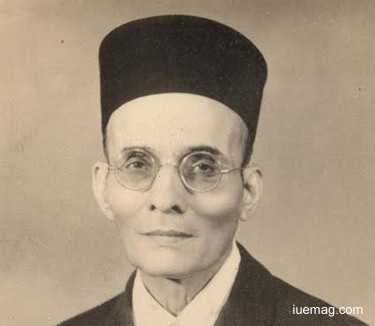 When you do something right, the nature shall, all by itself support you and take you forward. You don’t have to get scared, worry or get confused about what is going to happen. Good things always take place in the presence of your complete trust and faith. Anything may fail, but not faith. Do what you got to do, wholeheartedly with maximum confidence and hope. Righteousness never fails! Doing things for a good cause itself fetches you respect and pride. So your desires will also be showered upon you for sure. When the supreme power called, human mind, heart and soul approves your hard work, initiative and service, nature cannot be stopped from gifting you all what you want and fulfilling all your dreams and ambitions.

Vinayak Damodar Savarkar brought about a change by using a weapon called ‘wholehearted efforts.’ He did things from soul rather than doing them for the sake of it. We cracked the trick of what makes things produce greatest level of impact. He discovered that sincerity, positive and complete efforts would bring quality development in the society. The Indian pro-independence activist, lawyer, politician, poet, writer and playwright advocated issues of dismantling the system of caste in Hindu culture, and reconversion of the converted Hindus back to Hindu religion. Coining the term Hindutva (Hinduness), his political philosophy comprised utilitarianism, rationalism and positivism, humanism and universalism, pragmatism and realism.

2. “Your decision defines your destiny! Your journey up the progressive ladder depends on how rigid your decision is.” 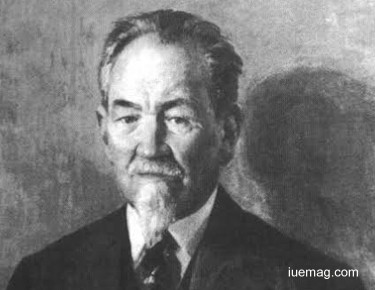 One clear, strong and precise decision would change your life, bind your life and better your life. Decisions are hard to be made and harder to be followed. A strong decision means deciding wholeheartedly and standing by it even if the entire world opposes. Decisions always help you define your destiny. As we all dream to fulfill our dreams, we got to build deep relations with what we decide to do in order to make our dreams come true. Dreaming, aiming and planning aren’t enough; commitment to not leave a single pebble unturned in the course of our journey in order to relish and cherish success is what is significantly important.

Carl Richard Nyberg decided to succeed and made his decision right by following his heart. The founder of Max Sieverts Lödlampfabrik worked for a jeweler when he started. He then worked with various metal works. It was after this that he decided to live such that he and his life would be remembered forever. Abiding by it, he formulated the idea of the blowtorch. The first creator of blowtorch also made paraffin oil/kerosene cookers. His potent decision to continue to invent, he never stopped working on understanding science. He is known for many inventions like those of steam engines, airplanes, boat propellers and plenty other machines.

3. “Surround yourself with people that reflect who you want to be. Your surroundings are mirrors which produce your future images.” 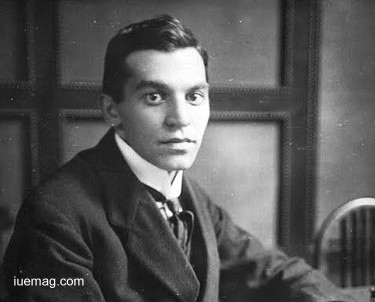 Whom we stay with, look upon, follow, learn from, observe, mingle with, talk to and prioritize, decide what we want, what we are up to, what happens in our life and how our character gets shaped. Your mind gets subconsciously filled with the instances, incidents, mindsets, opinions, differences and emotions and feelings which are around us. They influence us, and sometimes leave an impact on your life which can even turn your life. Switching and choosing between the mixture of thoughts, decisions and mentalities, you can understand a lot about life, lives, experiences and reality. You will be left with clear, constructive and progressive guidelines, which when followed, shall fetch you all that you want.

Richard Réti learnt the most from what was around him. His surroundings left him with ideas, beliefs, thoughts and feelings which laid diversified impacts and effects on his productive life. The Austro-Hungarian, later Czechoslovak chess grandmaster, chess author, and composer of endgame studies was one of the prominent and principal proponents of hypermodernism in chess. Beginning as a combinative classical player, he ruled the game by becoming the world champion. He experienced successes right from early tournament which he played. Notable composer of endgame studies set a world record for blindfold chess with 29 games played simultaneously. How did he do all this? It’s by observing and learning almost everything from people around him. He could guess the moves made by the opposite player as he analyzed the world around him.

4. “Challenges may shake you but your love towards achieving your ambitions cannot let you get stirred.” 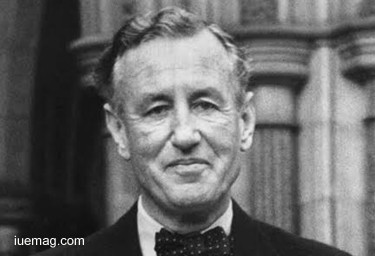 An achiever’s life is certainly not a bed of roses. It is a bed of stones, thorns, humps and lumps instead. All that you pass through until you reach your destination may not be memorable and fun-filled; battles and struggles are also included. Always remember that, the positive attitude to achieve your dreams weigh heavier compared to any problems or challenges. Hence, your challenges cannot stop, retard, pause or nullify your efforts to achieve.  After all, it is your commitment to win and succeed which helps you climb up the hill to reach the peak of success.  Stick onto your decisions, abide by your actions, stand for yourself and believe in your attempts.

Ian Fleming trusted on his mentality to achieve rather than giving importance to all the challenges that crept into his path. The English author, journalist and naval intelligence officer is best known for his James Bond series of spy novels. The creator of the very famous and outstanding character, James Bond, was involved in planning Operation Goldeneye and in the oversight of two intelligence units. Experiencing success for his first novel itself, he acquired more knowledge and lessons by serving as a journalist. This further inspired him to create James Bond series.

5. “Life is short; make it meaningful. Hard it is to achieve; cherish them all. Peace of mind is an asset; earn it to enjoy the true success.”

Remember that, nothing is permanent. We are here today and may leave tomorrow. But practically finding an answer to the question ‘why you are awake this morning’ would add meaning to your life. Making everyday productive, every minute constructive and learning from every incident help you not just to achieve but also to relish the true contentment and pace of mind. We all want to know the truth of the universe; you will get to know if you walk towards earning the assets of peace, joy and satisfaction. Your achievements are your identities and masterpieces. Don’t even think of not cherishing and remembering them.

Ruby Payne Scott respected, loved, worshipped and lived his every victory. Focusing on adding meaning to the way he lead his life, she also added compassion, passion and dedication to make his life, a huge success. There came success into her life only after going through the hardships, facing the challenges and winning over the negatives. The physicist, radio astronomer and schoolteacher obtained first-class honors in mathematics and physics. She also won the Norbert Quirk prize and scholarships for her academic achievements. The unemployment which she encountered during her depression no way retarded her flight towards success. Working as a teacher, she was the only woman among the staff there.

Most people feel low, get tired and almost give up. But, the real achiever is the one who overcomes these emotions and stands beyond them. Success is all yours when you learn how to travel, continue and reach your destiny of success amidst the everyday hurdles of life.
Get the Latest & Recommended articles in your Inbox

This Page Has Inspired
1037
People So Far..
Any facts, figures or references stated here are made by the author & don't reflect the endorsement of iU at all times unless otherwise drafted by official staff at iU. This article was first published here on 28th May 2017.
iU eMagazine
Editorial Team of iU eMagazine