May 29: 5 POWER Lessons From 5 Leaders Who Made History On This DAY!

What we all usually dream is to taste success as fast as possible. We all dream to become young achievers; to achieve as fast as possible by employing all our strength and capabilities. Here are the steps and guidelines which help you to reach success faster. Read on!
This Page Has Inspired
1027
People So Far..

1. “Absence of what you want is not something to be grieved about. It is something which is supposed to trigger you to create your mark in the world.”

When there is a deficiency of something, there are only two options. The first is to accept the deficiency, get adjusted to it and continue to lead life or to accept the deficiency and not to stop there, rather finds out ways to fill the emptiness. This serves as a reason to unmask all our potential, talent and skills. Inventions take form only when we attempt to think big and something new. If you want to continue to lead a plain life without any improvements, developments and extensions, you still can. But, do you think you will be able to utilize your life to the fullest possible? Remember that your life gets completed only when you project your abilities, ideas and skills to invent your positive signature.

John Harsanyi used all his skills, thoughts, time and every bit of his self to revolutionize the power of his imagination. Redefining creativity, the Hungarian-American economist is remembered for his contribution to the study of game theory and its application to economics. Completing the incomplete game theory, he raised an innovative analysis of so-called Bayesian games. The conceptualist did an efficient economic reasoning in political and moral philosophy along with studying equilibrium selection. Winning the Nobel Memorial Prize in Economics for all his work, he stood as the definition of dedicated efforts.

2. “Carve your life in accordance to your interest and not others’! Always remember, these words always help you step into the world of success.” 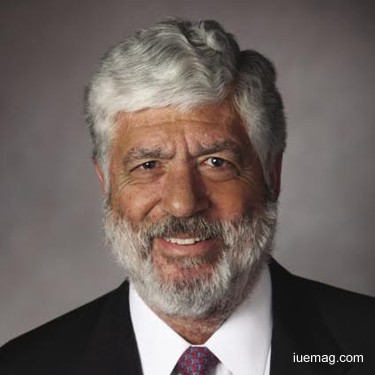 Living life is a routine; leading life is a responsibility; creating life is an opportunity! Routines do not have scope for growth. Responsibility uncovers your potential. But, an opportunity builds your life. It frames ways which take you to the ultimate success which you dream of. Your life is neither plain nor colorful by itself. It is the way you live it; the way you think and the way you act, color your life or keeps it plain. Nothing is inbuilt! You need to turn into an elegant programmer to code your mind such that constructive thoughts come, effective plans take form resulting in a productive life. It is all possible only when you carve your life in the way you want it to be.

Bob Benmosche, the president and chief executive officer of American International Group ended up not just improvising but wisely devising his methods to rule his success. He created his esteemed life by not just living but leading whatever he did. The leader at AIG hiked up profits by 60% year over year. He recreated MetLife by transitioning it from a mutual to a public company. The Executive Vice President responsible for business integration and product development started small but gradually gained higher level responsibilities to earn the position which he yearned.

3. “A little discouragement is more than enough to numb your growth. Make sure you feed only positive thoughts.”

One drop of water can turn off the brightly glowing candle’s flame. You may miss your train by a delay of just 1 second of delay. Similarly a little negative attitude, one shade of inactiveness and one thread of pessimistic thought would be more than enough to stop a healthy attempt and to divert the path of success which had to reach you. One black spot on a bright, full white shirt can dirty the shirt. Though, the entire shirt is clean and decent, one black mark sends the shirt to the laundry. The value of pure whiteness is taken away by that one dark spot. Life is no different, however positive you are, however dedicated you are, however efficient and determined you are, one hindering thought can fade all your confidence away. Always remember to be very sensitive to make your life sensible.

Iannis Xenakis literally guarded his mind and filtered negativity that tried to contaminate his mind and heart. The Greek-French composer, music theorist, architect, and engineer thought twice to ensure that he thought something right, positive and productive. He was a significant post-World War II composer whose works helped revolutionize 20th century classical music. The mathematical pioneer influenced the development of electronic and computer music.

4. “Your actions are mere reflections of what you think. You grow when you think big and positive.” 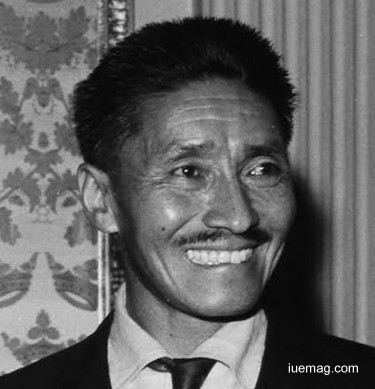 You become what you think. Thoughts are nothing but a draft of what your life is going to be. They are the prototypes for the actual masterpiece called life to get developed, molded and carved. All of us think but what we think matters. Imagine this story of a swimming competition. There are two competitors who practice day and night, and prepare hard to win the competition. Both of them practice well but one of the swimmers attends less number of practice sessions compared to the other. The competition begins and both the swimmers start swimming. The one who practiced less becomes the winner. Yes, you read it right! The swimmer who attended less number of practice sessions becomes the winner. Usually, dedicated practice, sincere efforts bring victory. But here, the power of thoughts did it all. Though the player practiced less, he always thought healthy; he was positive all throughout, telling himself that he is the winner. He dreamt big and aimed high. He continually fed his minds with thoughts which encouraged him, created an energy-simulating experience and thus, he succeeded.

Along with hard work, Tenzing Norgay gave more importance to the way he thought. He believed that thoughts had the capacity to not just develop his personality but also to change a lot of assumptions. The Nepali Sherpa mountaineer was one among the most famous mountain climbers in history. He was one of the first two individuals known to reach the summit of Mount Everest. Technology was not advanced much those days, effort was the only aid; yet, he reached the peak of the mountain. It was all because he thought big.

5. “Always follow your dreams; because they are vehicles which take you to the destination called success undoubtedly and safely.” 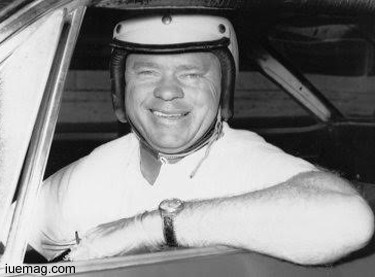 We all dream but alongside, we got to convert our dreams into aims. Since dreams are catalysts to fasten our journey, recalling our dreams anytime, anywhere and at any instance of our lives would energize us and vitalize our journey. Dreams often act as carriers of your lit, celebrated, contented and successful life. They carry chunks and chunks of success; they will give these chunks to you when you’ve shown all your perseverance, dedication, skills, strengths, spirit, confidence, faith, hard work, sincerity and earnestness. Life is not an easy sail. It is a challenge! It is a responsibility; it is an icon that symbolizes the real truth, joy, happiness and self-satisfaction. It is all yours when you deserve it. Dreams are the aids which make you deserve it all. So, respect them, nurture them, strengthen them and fulfill them.

Joe Weatherly formulated a map that directed his journey by using his dreams, making them his aims and converting them into the key aspect to be focused on. The American stock car racing driver won the NASCAR's Grand National championships. He loved racing and enjoyed showing his courage to the world. The engine blew away, yet pushing him, he demonstrating brilliant sportsman’s spirit and crossed the finish line outrageously. This made him a winner, not just for that race but for life on the whole.

Everything in the universe can be looted but your identity cannot be taken away. It’s only yours! It’s your signature for not just succeeding but living success. May you sign this special integrity and make your life, a meaningful one.
Get the Latest & Recommended articles in your Inbox

This Page Has Inspired
1027
People So Far..
Any facts, figures or references stated here are made by the author & don't reflect the endorsement of iU at all times unless otherwise drafted by official staff at iU. This article was first published here on 29th May 2017.
iU eMagazine
Editorial Team of iU eMagazine