May 9: 5 POWER Lessons From 5 Leaders Who Made History On This DAY!

More than, enjoyment, fun, pleasures and craze, we all dream and crave for a contented and a successful life. All such dreamers look for ways to achieve their vision. This article is sure to become a toolkit for you to succeed.
This Page Has Inspired
1028
People So Far..

1. “The world looks the way in which we perceive it. Our thoughts make the real difference.” 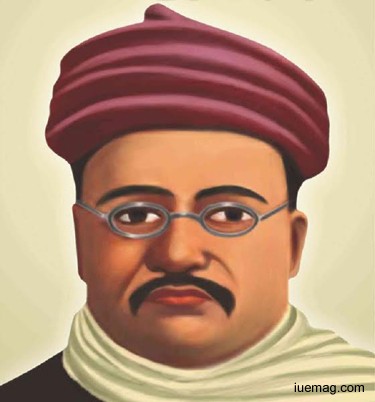 The moon in the sky is always the same. But we see the beauty of the moon and feel its glint occasionally. The difference is not in the moon; it is in our perceptions. This proves that we can shape the world according to our mindset and desires. The reality is dimensionless, odorless, tasteless and colorless. It is just a plain, empty white canvas. It is to be decorated by appending your views to it. It is to be filled with what you crave. It is to be converted in accordance to how you want it to be. In a way, your dreams and aspirations become a reason for the formation of the basic skeleton of the world. It is indeed important to craft the heart of the world as we belong to it, make it and live in it. World is our home and who else will form it if not us?

Gopal Krishna Gokhale was truly an achiever who dreamt of an independent India. He moderated the freedom fights and enabled his nation to prosper. Being one of the contributing personalities in freeing the country from its conquerors, he was active in all the possible ways to bring his dreams to reality. The social and political leader during the Indian Independence Movement, Gokhale led the Indian National Congress and founded the Servants of India Society. His thoughts programmed the victory of the nation and served as a direction for all the developments to happen.

2. “The speed breakers on the road may turn the smooth ride in to a shaky one. But they are only there to make your ride a safe one.”

Speed breakers are synonymous to the challenges and problems which we get to face in life. They make us feel fed up, tired and also scared as they slow down our journey. But remember, they help us control our life. They are the mirrors which reflect our potential and desire to achieve what we want to, to the entire world. There wouldn’t be any ground for us to call it a win, for us to admire and respect our victory and for us to praise our capabilities if we had no puzzles and riddles to crack before licensing our success. The temporary weakening of your journey, a sudden jerk of hindrance and a pause to all that we do to establish our dreams on the floor of reality are all kind of exams and tests for us to qualify the eligibility to feel the feel of an achiever.

Henry J Kaiser was an American industrialist who became known as the father of modern American shipbuilding. He never achieved this title and success by just asking for it. No one gave him all this but he took it; he earned it. Owning success is certainly not a nightmare. His every drop of sweat knew his hard work. His every dream knew his aspiration. He established the Kaiser Shipyards and extended his merit by forming Kaiser Aluminum and Kaiser Steel. Founding a nonprofit, non-partisan, charitable organization called Kaiser Family Foundation he grew his ethical personality and became a reason for many smiles.

3. “Problems are never big or small. The way you receive and tackle them brings the difference.” 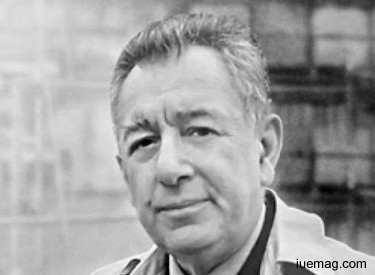 Each competitor in a competitive exam arrives at an answer using different approaches. The problems are the same but the way you tackle them decides your victory. A topper also attends the same final exam which an average student attends. But, the topper, as the name itself suggests, gets the credit of scoring the highest among all. The secret is not that they are lucky. It is the fact that they find the best feasible way to optimize their solutions. It is an art and achievers master it. All of us can do it but it takes a lot of your problem-understanding skills, interpretations and confidence. If your urge to devise the best solution dominates the problem and the existing stereotypes, then nothing can stop you from doing it.

Gordon Bunshaft never feared about any of his problems. He discovered the truth that challenges don’t actually hinder your progress but provokes it to fasten up. Whenever he encountered a tough situation, he bounced out of his so called ‘limitations’ and started thinking out of the box just to found a solution, a very feasible one. His way of cracking problems increased his confidence to face a tougher life. The American architect was a proponent of modern design. Appending a long list of achievements to his profile, he stands as an inspirational professional for the world to follow.

4. “A train’s journey comes to an end the very next minute it leaves its track. Deviating from our focus takes us nowhere.” 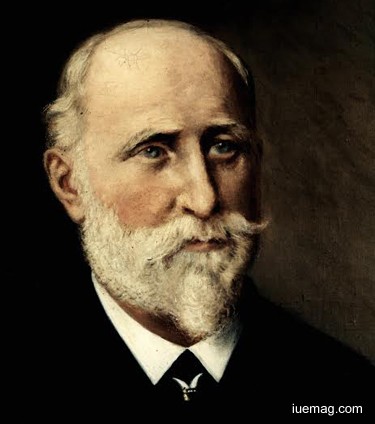 Every achiever is the one who proves the meaning of consistency through his straight and strong efforts. You will be guided by the path you follow. It is your responsibility not to get diverted from your track in order to complete your journey which appends success to it. After all, more than the external sources which provide you with lessons, the track which you travel in and the attempts which you make serve as better teachers which glide victories into your life. The world is vast and it has lots in it apart from your line of interest. This doesn’t mean that you will succeed if you bounce out of the line. This is because you will get molded and energized as long as you are on the right track.

Adam Opel followed the lesson of not moving out of the lines which joined his destination. Imprinting his footsteps of the future generations to follow, he served as a source of guidance for all the aspiring achievers to learn from. He stepped onto the track of success at 20 when he finished his studies. His interest in innovation helped his life bloom; he worked to invent a sewing machine and grew to become the maker of sewing machines. Further he expanded his success by founding the German automobile company Adam Opel AG.

5. “Beyond all the skills and actions, it is your thoughts and aspirations which bring you success.”

The responsibility and importance of designating your life with success is all in your mind. An average student may have mastered the art of understanding the concepts, a typical religious girl may acquire all the guts required to address a group of people. How do you think all this would happen? The real reason for making all of it happen dwells in what you convey to your minds and how you understand yourself. We humans always tend to think about things which we admire, things which we love, things which we are interested in and things which our heart wants to happen in our lives someday. This is more of visualizing our future to program our lives according to our dreams. Aspiration leads our journey towards making our dreams come true. It is the heart, soul and thoughts which empower your life more than anything else.

Gustaf de Laval relied on his mind-power than more than anything to invite success into his life. He believed in thinking big and visualizing the future to shape his life better. The Swedish engineer and inventor was instrumental for important contributions to form in the design of steam turbines and dairy machinery. After completing his studies, he too dreamt to become a professional like every other individual. But he was unable to find a job which matched his ambition. But he never stopped. This attitude changed his life; he soon caught his first project of forming glass bottles using centrifugal force.

You haven’t started yet? Better late than never. Each time you feel low, each time you run out of confidence, tell yourself that your destiny is waiting for you. You got to start to own the shine and spark which is to be radiated by your life.
Get the Latest & Recommended articles in your Inbox

This Page Has Inspired
1028
People So Far..
Any facts, figures or references stated here are made by the author & don't reflect the endorsement of iU at all times unless otherwise drafted by official staff at iU. This article was first published here on 9th May 2017.
iU eMagazine
Editorial Team of iU eMagazine