All of us would want to walk towards success and this young rock star’s story serves as a map for all of us to successfully reach our definitions of success. Just like how the sun embraces the sunflower, attracts it and tunes it thoroughly, passion drove this musical dynamo towards victory and the same let him live his dreams. Standing as a definition for passion and talent, he lives a life that talks not just about how to shine like a star but also to become one. Here is more to it.
This Page Has Inspired
1577
People So Far.. 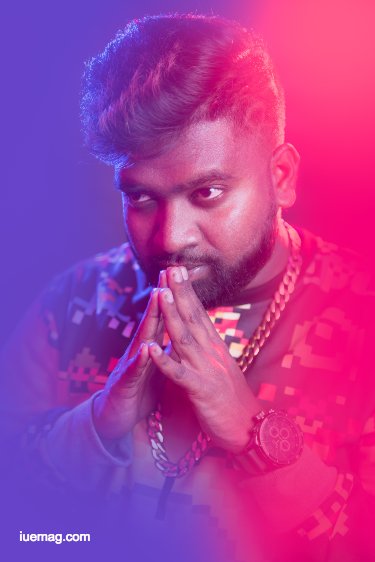 A whole new tree hides itself within a tiny seed and then bombards itself out slowly but steadily through the process of germination. To enunciate the same, I grandly present to you, the story of Rahul Kumar Velpula, popularly known as Roll Rida. It all started during his teens when he was ragged at college.
He was asked to sing a song. Due to excitement and anxiety, he said the lyrics of one of the Lincoln Park’s song rather than singing it. And this essentially marked a kick start to his transformation as a rapper. He rapped without his knowledge just to escape from ragging and he had to learn a new rap every day. He is indeed destined to become a musician because he attached himself to his interest for rapping, which gradually turned into passion and ultimately into profession. “Hard work never fails! Keep trying and you shall definitely succeed” shares the young star.

Despite all the troubles and challenges, the young rapper ensured that his graph of growth was always erect. Criticism triggered him positively which helped him eventually build his life. The first sign of success is when those who criticized and underestimated you, start to respect and look up to you. It was when one of his music videos that he made during his college days got featured on VH1 and Mtv international, that he got recognition, appreciation and applause from the very same people who humiliated him earlier.
Knocking at the dormant talent within him, he squeezed every drop out of the opportunity that he got. If you decide to do anything just to get what you want, to realize your dreams and to unleash you uniqueness, then the universe shall all by itself lend its helping hand. Incidents maybe big or small, but the realizations which they bring make huge differences in our lives by leaving a mark of change which further betters our life. 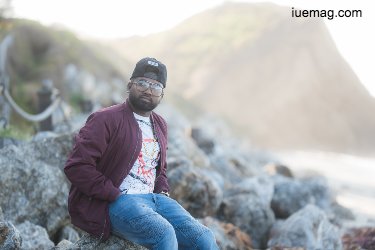 “Language is tool to express emotions, so when I choose people’s language, I automatically connect to them. I understand my audience, I work on what they look for” says the native Telugu rock star and the same is the reason for him to acquire huge popularity in very less amount of time. “The meaning of rise is felt only when you have tasted a fall. So nothing is over when you fail; in fact, it all starts thereafter! It helps you search for the talent hidden in you, exhibit and move towards the line of success. Don’t stop and never give up irrespective of anything and everything” are his words which describe the winner’s secret.
Words like “Independent music albums give me all the pride which I desire. It gives me the liberty to do everything that I want to really do. One can live his/her imaginations through music videos. As I believe that money is not everything, I would focus on what fetches me satisfaction, which is more important than expecting huge returns” show his simplicity and love for music.

Flapping hard, his wings of passion and hunger for excellence, Roll Rida leaves behind a path for the youth to unfold their dreams and fulfill their aspirations by extending his flight of success all across the universe. He dedicates his victory, contentment and

happiness to his mother, who forms the pride of his life. “I remember those days when my mother carried me and waited in front of the principle’s door just to get me admitted in the Johnson Grammer School. It was difficult to get admissions for me as the school’s policy was to admit students whose parents were educated. Her cravings to give me good education and her determination to make it happen, has been the reason for all the goodness in my life” conveys the self-trained achiever, showing immense gratitude towards his parents.

If you really want to do it, you will do it at any cost. Sometimes if you are stuck, the nature shall automatically push you towards your destiny of success. No matter what, just remember that nothing can stop you until you let it to.
The process of deserving your desires demands just one ingredient which is nothing but passion. “Flying high in the sky of victory is a wonderful feel but the attitude of learning more to achieve more shall help you sustain your integrity as an achiever” says Roll Rida, who has managed to make place in all of our hearts not just as a rapper, a celebrity, a musician but also as a youth icon who dreams to create more such rappers in the coming days. Lessons for life and guidelines for making our lives meaningful could be immense; every situation opens a new chapter and every move we make has an impact. Let’s grasp the most possible, implement and enjoy the fruit of success.
Get the Latest & Recommended articles in your Inbox

We wish Roll Rida, all the fortune & glory in all his endeavours ahead that would help him glorify his life further. Best WISHES!

This Page Has Inspired
1577
People So Far..
Any facts, figures or references stated here are made by the author & don't reflect the endorsement of iU at all times unless otherwise drafted by official staff at iU. This article was first published here on 15th May 2018.
Rakshitha R
A very positive lady who is envisioned to inspire young minds.