Diving Into A Poem

Poetry is an art that has been around for ages and is a form of expression that touches every heart it graces. To dive deep into one is to look for meaning and understand the poet's mind and experiences. Here's what would find you equipped the next time you are sitting with a poetry book. Read ON!
This Page Has Inspired
1342
People So Far.. 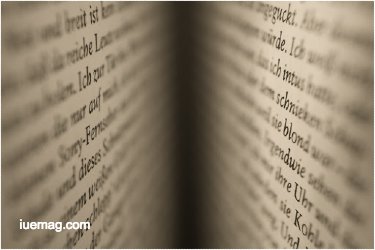 The analysis and what some call “close reading” of poetry can be beneficial to people everywhere, not just scholars and poets. Yes, the ability to unlock a poem’s meaning is useful in an academic setting. However, reading also has other, hidden benefits. One of these benefits is a more complex and elaborate understanding of world history and culture.

A poem from history can pull the reader back into the past, making history come to life and feel immediate and important. A poem can also offer some peace of mind. It offers us a break from our high-tech, high-paced lifestyles and encourages us to slow down and consider the bigger picture.

Poetry is best read in a quiet, cozy space, perhaps with a cup of tea or coffee. The only tools you need are an open mind and a pen for underlining favorite (or least favorite) lines and passages.

A Look At The Science of German Poetics

All of this can seem very scientific and not as poetic as we expect poetry to be. However, several scientists have studied the structure of German poetry and discovered that it creates a more emotional response for the reader, meaning that rhymed and metered poetry has a direct influence on our perception of a poem. It also impacts how we remember the poem, which means that poetry in the German language tends to be memorable and have a strong emotional impact on the reader.

The scientific study previously discussed points to the cultural significance of German poetry on the poetry of the rest of the world. German poets have been significant in nearly every cultural movement since the 11th century, from the Enlightenment to the German romanticism of the 18th and 19th centuries.

Also, as Germany had the main role in both the first and second World Wars, the poetry written by German poets during this time has an especially critical role in history. The poet Bertolt Brecht is one of many writers who wrote while in exile from Germany. Even before Hitler took power, Bertolt Brecht was known for his open criticism of the government. He fled Germany at the beginning of World War II because he feared persecution and death.

During this time period, he wrote a great number of works. One poem that is distinctly political is Bertolt Brecht’s piece, “The Burning of the Books.” This poem contains lines like, “When the regime ordered that books with dangerous teachings / should be publicly burnt and everywhere.” This is an example of the unique meter used by German poets. It subtly encourages an emotion through its meter rather than flowery, sentimental diction. He saves the more emotive language for the end, which allows him to build tension throughout the poem.

Within this poem, Bertolt Brecht also uses subtle slant rhymes and repetition. Slant rhymes are rhymes that kind of rhyme and are becoming increasingly popular in both music and poetry. One slant rhyme used in “The Burning of the Books” is “list” with “best.”

Repetition is when certain words or phrases are used multiple times throughout the poem. Bertolt Brecht uses repetition when he repeats the words “burn me” twice. The first time he uses it, he is clearly talking about books, but by the second time he uses it, it seems like he is referring to himself and his ideologies.

In this poem, Bertolt Brecht aligns himself with those who are suffering under the Nazi regime. He is also making a statement on the strength and integrity of literature. He argues that because only the truest, most openly political and critical literature is being burned, to have one’s books burned is evidence of truth and enlightenment.
Get the Latest & Recommended articles in your Inbox 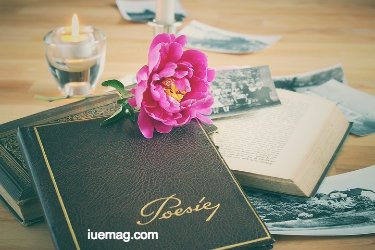 German Poetry and the Rest of the World

Poetry from Germany (or by exiled German poets) has greatly influenced the works of poets from other countries. The technical and political strength of poetry from Germany is something that has affected many movements today.
Great literary movements are often born of political strife, and German writers have offered a template for art that can be viewed from multiple perspectives. It can be seen as a parody and a subtle protest. It can also be seen as day-to-day, mundane. It can be read as both of these things or neither.

Poetry sheds light on history, but more importantly, it sheds light on today. An in-depth look into the small choices made by a poet can reveal this to us.
This piece is contributed by Joey works at EssayPro - essay writing service. He is a young technologist with experience in marketing and SEO.
Copyrights © 2023 Inspiration Unlimited eMagazine

This Page Has Inspired
1342
People So Far..
Any facts, figures or references stated here are made by the author & don't reflect the endorsement of iU at all times unless otherwise drafted by official staff at iU. This article was first published here on 23rd May 2019.