Ana brings everyone closer to reality of today through her art of presenting this subtle play. Read ON!
Tweet
Views
1044 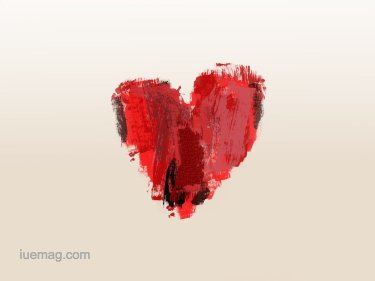 Look permanently for the right person for you, not someone to keep you...company. Be open to love. Love changes the world. And people. To good. Below you can read a play that I shouted to paint the image of contemporary relationships ... a pattern that we must change.

About how we know or don't know how to love ourselves

The two behave as if in separate rooms. She stands on the chair in front of the mirror and bends down looking closely as she speaks. It does not convey a particular state; speak white. ELA
Have you ever seen a doll look standing beside a robot? She's always elegant and made by the hand of an artist ... he is so tech, with many boring functions - and sounding empty. That's how GEORGE and I looked.

GEORGE
If we go out on the street probably the first thought of the passers-by, when they see my distance between my legs, is that I am made of carriages.
(George curses as he undoes the motherboard)

ELA
George is just doing whatever the others want. Live for the image. He is monotonous, he barely speaks few words, he smokes a lot, in his spare time he looks at... the walls. Now I stay at home because I don't have anyone to go out with. George fixes computers inside our house. With the money... he buys the cakes they eat, alone, at home.

(Ela opens the window. George continues to work on the laptop; he does not give up the cigarette. He bends over the curtains and talks with his mouth full of food. Without first noticing Ela's gesture, he raises and closes the window. Ela opens it again.)

GEORGE
Ela does only what she wants, unlike me she is more rebellious, which I lack; it's straight, I always forget that she also likes marshmallows... in fact ... I don't even know exactly what she likes. Otherwise, we quarrel from time to time on the TV, then, everything becomes monotonous, we talk a little and smoke the room. As for going out into the city, I noticed that the money was all spent on marshmallows.

GEORGE
Our problems are many, in fact, I do not know where to start. With my shirts, I got used to not ironing them and dressing them in rags because I have never ironed a shirt, and if I tell them what bothers me, it turns my head. And we are arguing again. We do not communicate at all. "I love you" became unusual to us.

ELA
Men ... I do not know... are kind of a part-time job. It is good to have them near you when it is messy in the house when you have to go to a wedding or party, as companions. Otherwise...

GEORGE
I remember a joke related to the cybernetics faculty I study. It is said that we cyber students are working non-stop on programming and creating a female prototype that defines the perfection seen in the eyes of every man, except that always when we want to save, the woman on duty removes our computers from the socket to connect the vacuum cleaner. For example, a perfect woman would not forget when it was the man's day or buy a gift, but we would not reproach them for not happening because we forget too.

(She rises abruptly from the crouching bed; she counts on her fingers)

ELA
His birthday? Somewhere through ... December ... January ... I don't remember exactly, in any case, in winter, like after the new year ...

Of course, we love each other, just ... he hasn't celebrated her for a long time.

She in front of the mirror looks at George through the mirror and, as if practicing, says "What would it be like to go out today to celebrate?"

(George spins from a bowl into a bag, eats a bag and licks his fingers)

GEORGE
MMMM, these marshmallows are delicious, I was thinking of making a cake for my birthday. My friends always remember when it's my B-Day, maybe I should celebrate it with them.

(Ela talks like in an interview; she sits with her elbows on the table)

ELA
When do you realize that what you say has no value and no meaning for him? Well, the things you do together are gradually becoming more and more common. This is my loneliness in 2. I don't know if this is the end. I just feel that the return to loneliness in 1 is always more bearable than in 2.

(George sits at the computer and lights a cigarette.)

GEORGE
There is something missing in this room, cigarette smoke at 9 o'clock.

ELA
The smoke makes me tired! I think he smokes strong cigarettes ... I read "the last days of Kant's life". ..

(George in front of the computer, type concentrated)

GEORGE
What Romania did last night, 1-1 with Austria. For nothing, we do not qualify. (phone rings)

(Ela notes on a sheet of paper and speaks aloud, scraped)

Sartre said that we are the result of our own choices.

(George talks on the phone)

Have you ever thought that maybe I chose wrong?

(Ela continues to speak. She lies on the bed and keeps her feet up on the wall; she is upside down.)

Maybe I didn't choose what I needed. I think too much, I act too small ... I would like we go out on Saturday. I'll leave the books and you give up the computer ... and go out together ...

(Now both talk on the phone)

I kept thinking these days to invite her somewhere, but it's been so long since I didn't go out that I don't know how to tell her, would she accept it? Would she give up on reading for one night?

If he would give up the computer for a few hours ...

(quiet for a few seconds; he looks at the laptop, she's holding a book in her hand)

1-1 Romania - Austria. The qualification is gone. (Pause a second.)

About the morality of our actions ...yes, I'll read this

GEORGE (lights up another cigarette)

I see you. (pause, now the two are back to back. Ela looks out the window, George turns off the light) 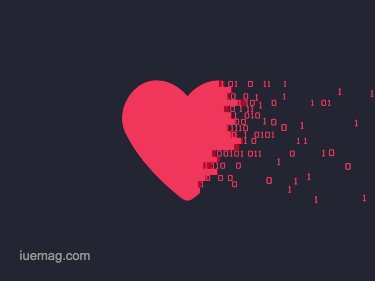 Any facts, figures or references stated here are made by the author & don't reflect the endorsement of iU at all times unless otherwise drafted by official staff at iU. This article was first published here on 11th May 2020.
Ana Sorina Corneanu
My name is Ana, I love writing, I believe in our best self and love.
Most Loved On iU
Have something to share? Drop us a line below!
People who loved this also loved