This Page Has Inspired
1047
People So Far..
Sri Narayan Bhupan is the Founder of One On One LINKS & Business Brahma Worldwide Media Pvt. Ltd. 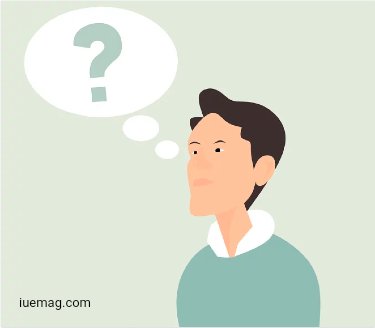 Sri Bhupan recalls at a very young age, his favorite place was the toilet. He could really go deep in his thoughts. He could clearly see his name as a brand on every possible business entity. Thinking for others rather than for himself was his second nature. His ability to think from other’s perspectives rather than his own perspective gave him a constantly debating mind. The seed of thoughtfully thinking began at a very early age. It so happened that many a time he could speak out what the other person was thinking as he would put himself in the other person’s shoes.

Sri Bhupan says he was not fond of reading, however, he was an avid listener. As he recites his favorite poem from Saint Thiruvallur’s Thirukural “In all the wealth that you have, the wealth that you get by listening is the superior wealth”. He expresses that his ability of learning came from his quality of listening. As an avid listener, he developed his capability to read between the lines and understand other emotions through their voice.

Storyteller
Sri bhupan is always surrounded by a ready audience of listeners waiting to sink in his stories. Most of his stories are created through and from his observation and debating excited mind. He could create stories on the fly, narrate it with a lot of conviction and leave you thinking with possibilities.

Sri Bhupan says he always wanted to be a farmer, fashion designer, and a Leader. His parents like any usual parents, wished him to settle upon a regular profession. So, he decided to explore opportunities and to his surprise, he came across a newspaper ad that said, “if you are young and want to travel, write to us”. He wrote and got through the process and soon boarded the plane to Muscat. As the plane landed in Muscat, he says that he could only see brown mountains and dry harsh terrain in complete contrast to the greenery of India. He says he was in a villa with 5 other professionals who initially shaped his business thinking. He made his first-ever professional income on a commission basis.

As he endured the hard terrain to sell, he didn’t give up, made the sales and earned an income. His exposure to sales and marketing was enhanced by working with the British and he admires their process-oriented approach. During the initial days in the Middle East, he traveled to a remote place and saw there were farmlands and his passion for farming motivated him to quit sales. He found a local sponsor and started his first business, a poultry farm. He quickly made profits, however, the success was short-lived. The biggest challenge was recovering payments and keeping up the supplies. He suffered losses and quickly decided it was not the time or place to do farming. His creative thinking and enduring mind quickly devised a new venture and introduced the first Discount Card in Muscat. People laughed at the idea initially about discounts in a heavy bargain market. He proved them wrong by earning profits by collaborating with shop owners, an Insurance company and turned it into a profitable venture

As a young entrepreneur, he faced a major setback, sales force and this gave him the opportunity to venture into the digital world since the internet was gaining visibility. He launched his first online venture a dot com company. His quality of not quitting supported him to grow his business even if he had no education of technology. The word “NO” didn’t exist for him.

As he progressed, he realized that the future was in the digital world and Information technology. He sold his company in the Middle East and moved to the US. His US business was predominately information technology-based business consulting, targeting the insurance and pharmaceutical industries. His varied experience, exposure and inner strength gained over the years provided him the knowledge and confidence to share his experience, contacts, and energy to support fellow entrepreneurs. He has now fully dedicated his time to create the world’s best business ecosystem and business growth environments. 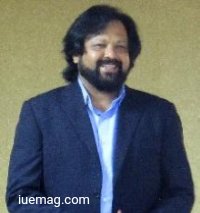 Sri Bhupan says, “In US, UK or Europe or the Middle East, they follow a process wherein you work smart, you get income”. In India, it is survival of the fittest, though there is a huge talent pool buy. For instance, in the US people stop their cars when they see a person crossing the road and wait for the person to cross. In India, he noticed that it does not happen like that, people want to go before you and not behind you. The ethics, principles and behavioral pattern here and there are very different.
In India he encountered that while doing business, they never kept the promise, they did not stand by what they said, unlike in the US, where people would tell very openly either on the face or legally. It was a challenging situation in the initial 2 years as he had to unlearn a lot of things and overcome them eventually. By not complaining and accepting what came in his way, without being judgmental, he could find better ways to engage and grow his business. Based on his learning and unlearning, the business of building business relationships YCEEYA has thrived over a period of 3 years and it is making its presence felt in other states.

Sri bhupan says all the aspects are inter-related. Like a farmer and his relationship with the farming process sows the seeds, nurtures to grow and multiplies to harvest. An entrepreneur also does the same with his thoughts. Nurturing a thought and growing it into a business is the fundamental quality of an entrepreneur. Entrepreneurs hold the future in their hands. Sri bhupan says it is all about building business relationships.

Being aware of what I do. Just be a witness.

In Sri’s dictionary, there is no success or failure. It is an outcome of your actions. Keep evolving every day. Do things for the love of doing things.

I always try to be fair, which is a realization in me. The greedier one becomes, the more struggle arises. When one takes complete ownership, then one starts taking care of everything.

Do things with an intention? Whatever be the intent of the action, at least one of us is happy.

Sri Bhupan quotes the example of a hen and the hatching process. The egg takes about 22 days to hatch. The hen sits on the egg for the chick inside to grow strong enough. When the beak of the chick becomes stronger, it will break open the eggshell and realize itself. If the hen moves away quickly, the chick will not develop. On the other hand, if the hen sits too long, it will hurt itself. Similarly, Sri bhupan says that as an entrepreneur, you should give enough time for the idea to grow strong and the idea will find its way into the rightful market place. Knowing when to hold or let go is very important.

To Sri Bhupan, a moment where an entrepreneur, a business owner, a Decision Maker or any person for that matter, who he has mentored or consulted for, comes back with a success story, that moment etches a memory that says, “Ah-Ha”. It’s for those moments that he does what he does today.

According to Sri Bhupan, the only thing that one needs to have to move ahead is to have confidence in oneself and have the intelligence that I’m on the right track and keep moving. We will definitely reach our intended destination.

His latest venture is the strong commitment to supporting thousands of business owners and decision-makers. He has an enterprising fast-growing following of 400 plus business members and over 3000 users in the business ecosystem he is nurturing. He is on a mission of empowering the change-makers - Business owners, Start-ups, Entrepreneurs, decision-makers and business professionals.
Get the Latest & Recommended articles in your Inbox

Subscribe!
We hope that you find this story Inspirational. More such stories can be read in the book Erupt with Joy which is available on Amazon.com & Amazon.in in both Kindle Edition and Paperback Format.
Copyrights © 2022 Inspiration Unlimited eMagazine

This Page Has Inspired
1047
People So Far..
Any facts, figures or references stated here are made by the author & don't reflect the endorsement of iU at all times unless otherwise drafted by official staff at iU. This article was first published here on 26th May 2021.