The Mentoring Chronicles 6: Why Choosing The Right Mentor is as Important as Getting Mentored

The Saga of mentoring chronicles is a collection of the amazing stories of how having a mentor transforms someone's life and makes a difference. If you have such stories to share comment below and we shall reach you to learn from your story and build mentoring chronicles with yet another terrific story. For now, Read ON!
This Page Has Inspired
1069
People So Far..
I don’t mean that you choose a mentor who rewards you when you achieve what you committed to, but doesn’t have his ways of reprimanding when you don’t do what you set out to do. A mentor who is a convenience is just that- a convenience- and you don’t need a mentor for that.

A mentor is someone who pushes you OUT of your comfort zone time and again, someone who gets you out of the zone of inertia, into the zone of activity. There is NO one solution for all. 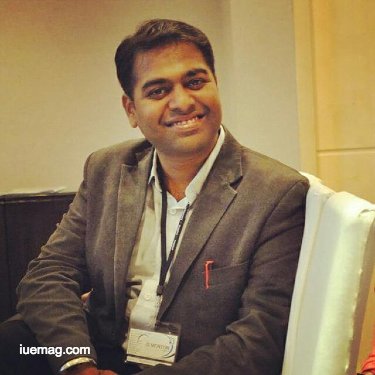 Here’s an incident Mr. Bharat G C of i3 shared with me recently- what’s interesting is he is also mentored by the same person I am mentored by- what precisely is interesting about that? I will come to it later! Coming back to the incident. Many years ago when he was into marketing for one of the companies, one of his friends told him that he is a part of a network marketing company over lunch.
Mr. Bharat then asked his friend if it was paying him well, and the aforementioned friend replied in the affirmative. “Good way to make money dude”, he said, and that’s where he left it. A few months later, Mr. Bharat decided that he wanted to make more money- and remembered this friend mentioning the network marketing company. And so he asked his friend about how to sign up, and became a part of it quite soon.

The next Sunday, there was supposed to be a seminar, and his friend asked him to collect the passes for the seminar on spot by paying the pass fee. Mr. Bharat, being an excited and enthusiastic person, took along another friend for the very first seminar in the hopes of getting him to join. They both collected the seminar passes on the spot, had a great time listening to all the achievers and senior leaders of the network marketing company speak on stage, and were left inspired. Post seminar, Mr. Bharat found access to some great leaders off stage, who would talk to people at large and address their questions. He would find a diverse set of people talking, and he made the most of it by hopping group to group and getting snippets of everything all the biggies were saying.

And then his friend joined along. What did Mr. Bharat teach him? The very same- what his friend had taught him. Collect seminar passes on the spot on sundays, take guests, get them to listen to various leaders, and repeat.

What struck me however, was the initial journey. Mr. Bharat’s friend, who was ideally supposed to guide him with the know how determined how far Mr. Bharat could have gone in his journey there. Without a doubt, for somebody with curiosity and determination, mentor or not- they will find a way.

The mentor who is chosen determines how far you can go and what you can achieve in life. There is no one right way that can be used as a rule for everybody to be successful, but without having somebody who has been there done that as a mentor, it would indeed be folly to expect to get there in the fastest time possible. Time and again in my life, there have been instances when I have had to choose- and my choices have left me empowered- and not convenienced.
Get the Latest & Recommended articles in your Inbox

Subscribe!
Given that Mr. Bharat and I are two entirely different types of individuals, having been mentored by the same mentor is only a clear reflection of a single mentor using different approaches to coach different people. Mostly, we join a school because a particular school specialises is teaching or coaching in one particular way. To have a single school for various approaches to reach the same goal- or a single mentor is something of a rarity indeed, and this is something we are immensely grateful to have!
Copyrights © 2023 Inspiration Unlimited eMagazine

This Page Has Inspired
1069
People So Far..
Any facts, figures or references stated here are made by the author & don't reflect the endorsement of iU at all times unless otherwise drafted by official staff at iU. This article was first published here on 27th April 2018.
Sandhya Nagaraj
Sandhya Nagaraj is a contributing writer at Inspiration Unlimited eMagazine.