4 Reasons Why You Should Visit Kanazawa 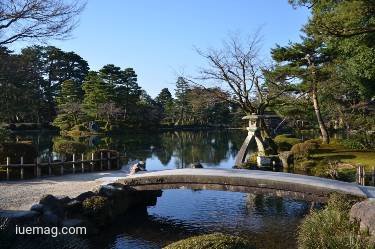 What are the first things that come to mind when tourists think about traditional Japan? Is it elegant geisha wandering amongst wooden houses, or perhaps quaint mountain villages with rice fields in the background? Kanazawa is all that, and more. This city in Ishikawa Prefecture is often compared to Kyoto, only with much fewer tourists. From old samurai mansions to historic geisha teahouses, here are 4 reasons why you should pay a visit to Kanazawa.

Discover the Kenroku-en, one of Japan’s most alluring landscaped gardens

Japan is a dream come true for garden lovers. That is especially true in Kanazawa. The city boasts one of Japan’s “three great gardens”, along with Okayama’s Koraku-en and Mito’s Kairaku-en. The Kenroku-en landscaped garden is a must-visit landmark in Kanazawa. Its name means the “Garden of the Six Sublimities”, as a reference to the six most important attributes of a perfect garden according to traditional Chinese landscape design philosophy.

Take a stroll along the garden’s serene ponds and wooden bridges, or take a sip at a venerable teahouse. You can visit any time of the year, as each season brings its own kind of magic to the scenery. The Kenroku-en is as stunning in winter when snow covers its stone lanterns, as it is in spring when plum and cherry blossoms are blooming.

Kanazawa was the seat of the Maeda feudal clan, whose power was second only to the Tokugawa shoguns. For 300 years, the city developed into a hub of samurai culture. History buffs will relish walking down the narrow streets of the atmospheric Nagamachi district, where samurai used to thrive. Visitors can tour some well-preserved samurai residences, such as the Nomura-ke. 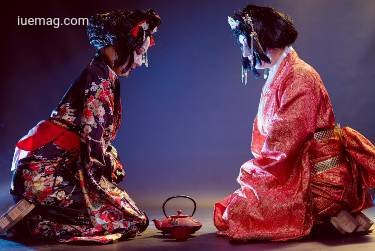 Probably as iconic as the samurai, the Japanese ninja were covert mercenaries renowned for their deceptive strategies. Pay a visit to the Teramachi district to discover the Myoru-ji temple, otherwise known as the Ninja Temple. Despite its nickname, it has no connection to ninja, apart from its cunning defence mechanisms. Still, the Ninja-dera remains one of the most peculiar Buddhist temples you’ll ever see in Japan.

Take a peek inside the secretive geisha culture

Kanazawa owns not one, but three geisha districts. The Higashi-chaya and Nishi-chaya are arguably the most famous, dotted with dozens of traditional geisha houses. The Kazue-machi area is another must-visit, designated as a Japanese cultural asset alongside Kyoto’s Gion district.

Attending a geisha performance used to be a privilege for a select few. In recent years, the city of Kanazawa has cooperated with historic teahouses to make it easier for visitors to book a private show. Yet, only 50 performers remain active throughout the city, so there is no guarantee you’ll get a seat.

If you’re short on time, you can turn to literature with books such as Arthur Golden’s Memoirs of a Geisha. Traditional Japanese entertainers have long fascinated the iGaming industry too. Online casinos like VegasSlotsOnline offer you plenty of geisha-themed games to play for free and if you want to try your luck with real money, you may learn about different types of slots and the finest providers to play them with. Mobile slot games are a fun way to pass time during your trip. But don’t forget to look around in case you walk past a real-life geisha!

Hop on a train to explore rural Japan

Kanazawa might be full of remarkable landmarks, but it is also the perfect spot to do some sightseeing in the nearby Japanese Alps. Perhaps the easiest day trip of all, it only takes an hour to reach the historic village of Shirakawa-go by bus. With its charming thatched houses and its lush landscape, it is plain to see why this UNESCO World Heritage Site attracts so many tourists. The village of Gokayama is a lesser-known alternative, where you can spend the night at a rustic minshuku.

The city of Takayama is another picturesque sightseeing spot, known for its thatch-roof heritage houses and its abundance of shrines. Takayama is home to one of Japan’s most spectacular festivals, which takes place twice a year in April and October.

For a less touristy experience, head right to the old town of Hida Furukawa. Located a mere 20 minutes away by train, this village hosts a traditional parade on April 19 and 20. Check out the daily train departures from Kanazawa on Hyperdia, the best tool to plan your transportation in Japan.
Get the Latest & Recommended articles in your Inbox

Subscribe!
If you want to discover a quieter version of Kyoto, Kanazawa is the place to go. You can explore its historic landmarks on a day trip from Tokyo, or spend the night to make the most of this hidden gem.
Copyrights © 2023 Inspiration Unlimited eMagazine

This Page Has Inspired
1046
People So Far..
Any facts, figures or references stated here are made by the author & don't reflect the endorsement of iU at all times unless otherwise drafted by official staff at iU. This article was first published here on 24th December 2021.