Master Yourself for Rust Game With These Hidden Tricks 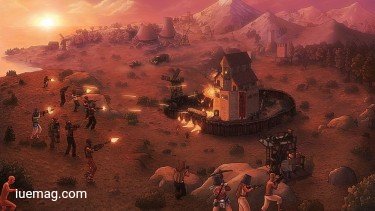 Without question, Rust is one of the best online multiplayer survival games available. The competition is very intense, and it is unquestionably a joy for people who like multiplayer games. The environment of Rust is sure to shock a novice player.

Rust is mostly about staying alive. So, whether this is your maiden time using Rust or you want to improve your skills, be sure to follow this article. This will teach you all you need to know to become a complete survival expert and stay ahead of your adversaries.

Don't put your faith in anybody

There's a reason Rust society has such a notorious position, and that's because you should always think that everybody is trying to harm you in Rust. After all, they are, in reality, most of the time. Watch around for other gamers, whether you've just landed on the shore, are out cultivating, or have just about everything you can need, and be ready to flee or battle at the first sign of trouble.

Get to the Right Place

This is a unique feature in Rust, and players must adapt fast if they want to live. Players will notice a red X or glitter while collecting stone or timber, and striking these will speed up the gathering process and cause objects to release more resources.

This is something that players must quickly understand, but it is not difficult for beginners since it is so apparent. The most important thing is to watch for it; gamers should remember that X designates the location.

Don't ever Cook in the Dark

Cooking is an essential component of survival in Rust, one of the very few calming activities. Nevertheless, to live, it is necessary to understand how to prepare food wisely.

Consider cooking at night as a giant neon sign, "Pls hurry loot me." It is accompanied by loud cracking and snaps to let anyone know you're there. This is basically what late-night cooking informs the other server guys. It's a big bull's eye on your back, and it gives the adversary an auditory and sometimes visual tool to figure out where you are.

If you cook throughout the day, you will benefit from being able to see if an adversary is approaching you. Doing this in the Dark puts you in danger since you have little to no means of identifying your adversaries.

There is nothing like walking about with a light at night and being an easy target for your enemies. The difference between a novice and a pro-player is that the latter intends to reap the benefits of the Dark. 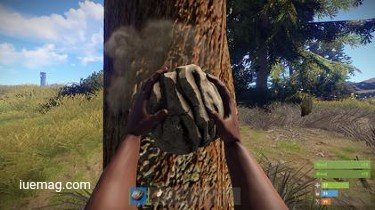 Weapons should not be kept in a safe place

Are you worried about losing your firearms? Don't be that way. It's preferable to have battled and failed than never to have engaged at all, and weaponry is readily manufactured! Stepping out to battle with selected weapons is a fantastic way to get the experience of the game, know the dynamics of each gun, and gain expertise.

Keep an eye out for animals

Wildlife in open-world games are frequently excellent sources of making materials and food, but they may also be a severe threat to the gamer. When the character in question is hungry, it may seem that there are no creatures around, yet when it comes time to construct, move, or craft, there are aggressive creatures everywhere.

That's why it's helpful to know that Rust animals move east. Any player seeking the animals may safely go in that direction. In the meanwhile, travel west to avoid animal disturbance.

Gunshots, being devoured by wolves, being murdered by bears, or getting stabbed by opponents with spears may all be avoided by dodging and weaving. In the crazy wild realm of Rust, drifting at a whim is a fantastic method to keep oneself as secure as possible.

Nobody wants to be alone on a spawning beach, jousting with other newcomers while holding a rock. Gamers will be in a far stronger place to construct a base, manufacture clothes and armor. So, use the rust aimbot and gather precious resources if they follow a few basic guidelines.

Image Credits: Image 1: Image by Floralysak, CC BY-SA 4.0, via Wikimedia Commons
Get the Latest & Recommended articles in your Inbox

This Page Has Inspired
1046
People So Far..
Any facts, figures or references stated here are made by the author & don't reflect the endorsement of iU at all times unless otherwise drafted by official staff at iU. This article was first published here on 25th August 2021.