Can You Develop Long-Term Psychosis Problems From Drug Use?

This post was developed via a partnership with BetterHelp. Together we're committed to your better health. Read On!
This Page Has Inspired
1011
People So Far.. 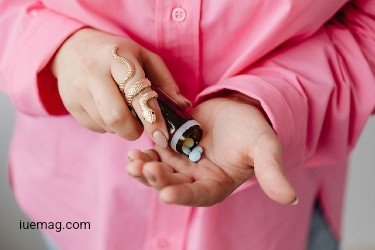 Whenever you start a new medication, your doctor may list the potential symptoms and risks that have been noted during the research of the drug. Prescription medication isn't the only kind of drug that may have negative side effects, though - the use of illegal or unregulated drugs can have long-lasting side effects. Hallucinogenic and dissociative drugs are just a few examples of drugs that can induce psychosis and other reality-bending symptoms that may cause harm and mental illness.

Psychosis, as described by the online mental health resource BetterHelp, is a disconnected state where a person is out of touch with reality. In some cases, it's not directly tied to a mental health condition. While some mental health illnesses such as schizophrenia or some bipolar disorders have symptoms of psychosis, other things can have psychosis as a side effect, including drug use and abuse. Certain medications may warn of psychosis as a potential risk for taking, but using illegal or unregulated drugs and abusing prescriptions presents a higher risk of developing psychotic symptoms.

The younger years of a person’s life are the most influential on growth, learning, and developmental capabilities. While this is obviously impacted by the people you grow up with and the environment you’re surrounded by, it’s also heavily influenced by your actions and the choices made during this time. Taking drugs, even certain prescription medications, at a young age can significantly impact your abilities as an adult.

Because your brain is still developing as an adolescent, drug use throughout your teenage years has lasting effects on your development. While this includes critical areas such as your motor functions, memory, and substance abuse disorders, it also significantly increases your chances of developing mental illnesses.

These risk factors are also influenced by variables like any mental health conditions you may have already had, environmental impacts, and genetic vulnerability. Many drug types can lead to developing psychosis and psychotic tendencies and symptoms in adulthood. However, it's also important to note that in some cases there isn't necessarily enough evidence for the causality of drug use impacting mental illnesses. There is, however, a problem with co-occurrence. 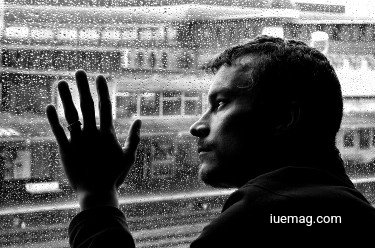 Co-occurrence in this case is the relationship between mental health conditions and the effects of drugs when they occur together. When taking drugs, regardless of the development of your current mental illnesses, you're more likely to develop a substance use disorder from these habits. This disorder affects your brain and behavior, making it difficult to impossible to control your use of substances, like drugs and alcohol. As such, researchers estimate nearly half of those affected by substance abuse disorders will have a co-occurring mental disorder. On a similar scale, a mental disorder can increase the risk of developing a substance abuse disorder.

These mental illnesses include conditions like anxiety and panic disorders, depression, and ADHD. However, many drugs that induce dissociation or hallucinations are more likely to increase the risk of developing psychosis and mental health conditions with psychotic symptoms. Conditions like schizophrenia, bipolar disorder, and other personality disorders are more likely to develop in individuals who abuse prescription drugs and illegal substances.

When one leads to another because of habits during your adolescent years, this is more likely to create long-term consequences. While drug abuse can potentially lead to physical complications and illnesses, the development of psychosis from drug abuse can also develop memory problems, PTSD, and other developmental disorders throughout adulthood.

Some people take certain drugs to attempt to self-medicate or regulate the problematic symptoms of their mental illness. Not only can this result in physical injury or death but taking the wrong kind, amount, or mixture of drugs could result in the development of worse symptoms. Whether you’re trying to confront a mental health condition or you’re overcoming a struggle with drug abuse, there are professionals that can help you find the right treatment.

Recent advancements in technology and research have contributed to mental health becoming more accessible and affordable for people around the world. For people with symptoms of psychosis, whether it’s from a mental illness or developed from a drug habit, consulting a mental health care professional can help to reduce the risks that may come from disconnecting at inappropriate times. In order to stay safe, it’s important to find a routine and solution that works for your specific needs.

﻿
Get the Latest & Recommended articles in your Inbox

This Page Has Inspired
1011
People So Far..
Any facts, figures or references stated here are made by the author & don't reflect the endorsement of iU at all times unless otherwise drafted by official staff at iU. This article was first published here on 20th August 2022.