Is It Time to Regulate Online Gaming Yet? 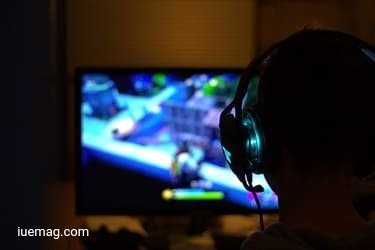 In the wake of Covid-19’s impacts on social and economic stability, digital entertainment is providing a momentum of growth for many related sectors. The fragmented regulation of online gaming, however, is holding it back and is limiting the segment’s ability to contribute to the digital transformation of the nation.

India’s online gaming industry is one of those sectors which have not been hit by the coronavirus pandemic. On the contrary, it is a prime example of a (small) segment that drives forward the national economic recovery. Last year’s topical KPMG report confirmed it is growing at roughly 22.1% on a yearly basis and is able to reach USD 1.6 billion two years from now. Considering the tech-savvy young desi population, the constant growth in mobile use, and cheap data packages, this comes as no surprise.

More importantly, this year’s Media and Entertainment survey by the same company confirms that among all crisis-hit economic sectors, the digital and gaming segments (along with OTT streaming services) will step out of the shades first, offsetting the missing live physical events and scarce new content creation during repeated lockdowns.

Online gambling in India has continued offering a valid alternative to old-fashioned “lockdown behavior” options, with local desi content and promotional distribution making it stand out among other real-money segment leaders such as Fantasy sports and eSports. 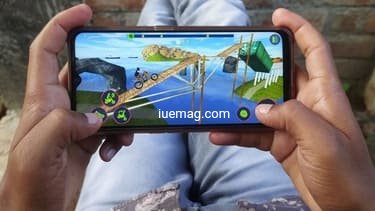 A recent expert review of the legal situation regarding the online gaming ecosystem, however, reveals just why the regulation puzzle does not fall into place for both operators and players. The infamously “tricky” situation of the sector is owed to outdated (1867) framework legislation on a Federal level, varying State laws on both online and offline gaming and gambling, as well as diverging High Court rulings and definitions on the one thing the 1867 Gambling Act is clear – the differentiation between chance and skill gaming should determine legality.

Clearly not suited to the contemporary digital gaming reality, this absent uniformity has led many desi players to prefer offshore gaming operators and fantasy sports platforms, run from abroad but perfectly functional in India as well. Unfortunately, there have been cases of highly-visible international investigations for money laundering against some gaming websites and this has clearly not helped the industry’s case, resulting in an explicit ban for online games in some Indian states.

Online Gamers’ Cause for Optimism

On the bright side, there have been quite a few calls from important politicians and institutions which have realized that ignoring the unharnessed potential of online gaming is not a wise solution while regulating and monitoring it might just work.

A system of checks and balances was invoked by the Minister of State for Finance Anurag Thakur in his suggestion to legalize betting and gambling activities in a carefully contemplated manner. More importantly, the Government’s think tank Niti Aayog released a list of “draft guiding principles for fantasy sports games” in an attempt to provide counsel and structured recommendations for a wider gaming regulation pattern.
Get the Latest & Recommended articles in your Inbox

Subscribe!
The guiding principles include organizational self-regulation, the maintenance of predominantly skill-based games, approval reports from independent committees for pay-to-play games, exclusion of minors from the platform, transparency in-game T&C, and advertising norms.
Niti Aayog states further that certain barriers have impeded both growth and economic potential for legal gaming such as definable tests, a regulatory forum, and the above-mentioned fragmented legislation. Crucially, government officials and agencies seem to begin to realize that safeguarding players and supporting economic recovery is better served through industry regulation rather than blanket bans on an established online reality.
Copyrights © 2023 Inspiration Unlimited eMagazine

This Page Has Inspired
1084
People So Far..
Any facts, figures or references stated here are made by the author & don't reflect the endorsement of iU at all times unless otherwise drafted by official staff at iU. This article was first published here on 14th January 2021.