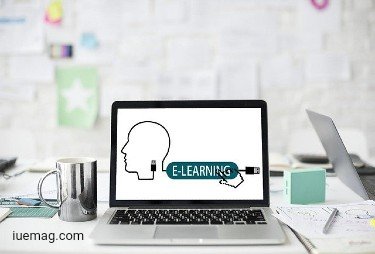 India’s EdTech sector has witnessed a boom in the latter half of the last decade since 2015. The growth of the EdTech sector was fueled by the growing internet penetration and the affordability of smartphones & data packages. Post-2015, the adoption of online learning was gaining pace with the growth of the startups like Byju’s, Unacademy, and many others. The Covid-19 pandemic that led to the closure of institutions sent the number of online learning users through the roof, as the students were looking for a feasible avenue to boost their studies.

In 2020, the EdTech sector in India was valued at $2.8 billion (Source: Statista). But due to the boost that the pandemic provided, according to the latest report by RBSA Advisors, India’s EdTech industry would be $30-billion in size by 2030.

According to the estimates, more than 4,500 EdTech Startups are operating in the country and revolutionizing the education industry. The Education industry is poised to grow from being $117 billion in 2020 to grow to $125 billion by 2025.

Though, the stories of EdTech Unicorns in the country like Byju’s and Unacademy are inspirational, here is a list of 12 EdTech Startups that have received funding in 2021:

Founded in 2017 by Mr. Sarveshwar Srivastava, Mr. Ved Khatri, Mr. Amit Kapoor, and Mr. Rohit Dhar, Eupheus Learning is an Online learning platform set up with the goal to bridge the gap between classroom learning and at-home learning. They offer pedagogically differentiated, technology-led solutions in the PreK-12 market that lead to critical thinking and higher learning outcomes for the students. Eupheus Learning works with more than 5,500 schools in India and the Middle East. They cover several subjects including English and Social Sciences.

Eupheus Learning raised $10 Million from Lightrock India in Series C round from September 14th, 2021. They will utilize the fund to expand the product portfolio, enter new markets and pursue acquisitions.

88academics (INDIA) is a venture belonging to 88tuitions group from Singapore. 88academics envisions making video-based learning material available to all students, including those who come from middle to lower-income families. They would do it by making the learning material available at an affordable price. The content is developed in line with NEP (National Education Policy). The students are provided education in all subjects including Mathematics, Science, English, Hindi, or even the regional languages.

88academics raised $3 Million in pre-Series A round and the round was led by TV Mohandas Pai’s venture capital firm Aarin Capital Partners.

Udayy is an EdTech startup that provides live online classes for subjects like English and Maths for students in classes 1 to 5 (age group: 6 years to 11 years). Udayy is the brainchild of Ms. Saumya Yadav, Mr. Karan Varshney, and Ms. Mahak Garg- alumni of IIT Delhi & Stanford University who founded it in 2019. According to them, the startup facilitates the development of Mathematical thinking and confident speaking in children by engaging them in an interactive, small classroom with three-five children.

Udayy raised $2.5 Million in a seed round in Jan 2021, the round was led by Alpha Wave Incubation, a venture fund managed by Falcon Edge Capital and InfoEdge Ventures. 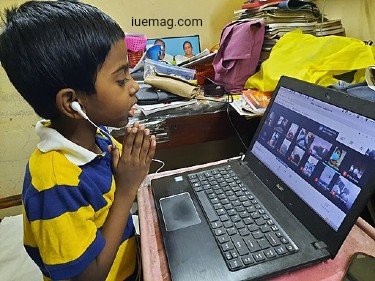 Skill-Lync is another EdTech startup to have raised a funding round in 2021. Founded in 2018 by Mr. Sarangarajan Iyengar and Mr. Suryanarayanan, it provides industry-relevant courses and projects for mechanical engineering students in India and other countries. The courses offered include certifications in Hybrid Electric Vehicles, Manufacturing design, Automotive Design, MATLAB, and others that are highly relevant for the engineers.

Founded by Mr. Manan Khurma in 2013, CueMath focuses on online learning of Math and Coding skills. Mr. Manan was himself a Math teacher who had taught more than 10,000 students. Cuemath’s USP comes with their approach to not take Math as a subject, rather as a life skill and improve the logical reasoning of the students through that.

Cuemath raised $40 Million in their Series C round in Feb 2021 led by Alpha Wave Incubation and Lightstone Aspada with participation from existing investors like Sequoia Capital India, CapitalG (funding arm of Google’s parent Alphabet), and Manta Ray- an early-stage VC fund based out of the UK.

CollegeDekho has raised $26.5 Million in the Series B round in September 2021 from Winter Capital Partners, ETS Strategic Capital, Calega. The existing investors like Man Capital and Rajeev Chaba (President and MD of MG Motors) also participated in the round. With the funding, CollegeDekho plans to get into student accommodation, provide financial services, and expand the number of courses.

Founded by IIT-Ghaziabad alumnus Mr. Ashish Munjal and Mr. Piyush Nangru, Sunstone Eduversity is India’s #1 Pay After Placement MBA/PGDM course provider. Sunstone provides the students with industry-ready higher education courses with a unique Pay After Placement model. With this, the students pay a nominal upfront fee and pay the remaining fees after their job placement. They provide MBA and MCA courses through their hybrid learning model.

Sunstone Eduversity has raised $28 Million as a part of its Series B funding round led by WestBridge Capital. Existing investors like Saama Capital, Alteria Capital, and Work10m also participated in the round.

Founded by Mr. Naman Mukund and Mr. Anand Verma, Tekie is an EdTech startup that provides Online Coding classes for kids. The uniqueness of Tekie is that it is a live coding platform that brings the art of storytelling into learning, and makes the activity of learning coding a movie-like experience for kids between 10 years to 17 years. They have created the world’s first animated coding series to teach text-based coding.

Tekie has raised $1.5 Million as a part of the seed round led by GSV Ventures (Silicon Valley-based VC firm) and Multiply Ventures, an early-stage growth fund founded by former e-commerce executives from Myntra, Paytm, Flipkart, and Alibaba.

Creative Galileo is the first-of-its-kind Gamified learning startup started in 2020 by Ms. Prerana Jhunjhunwala and Mr. Nikhil Naik. It has an Indian-characters-based learning methodology to create a personalized and integrated learning experience for the kids. Their app targets children between the age of three to ten years and has received more than 4 Million downloads in 12 months. They have partnered with Big Animation, Amar Chitra Katha, Periwinkle, Shermaroo, Toonz Animation, and many industry leaders to bring their characters to life.

Founded in 2016 by Ms. Tanushree Nagori and Mr. Aditya Shankar, Doubtnut is an AI & ML-based multilingual doubt solving platform. The students can post the images related to their doubt, the platform uses image recognition technology to find the relevant video answers for the doubts relating to mathematics and science.

Doubtnut raised $25 Million as a part of their Series B round led by Singapore-based SIG Global and New York-based Lupa systems run by James Murdoch, son of Rupert Murdoch. Existing investors Sequoia Capital India, Omidyar Network India, and Waterbridge Ventures also participated in the round.

Masai School is yet another EdTech startup that has incorporated Pay After Placement model. Masai School is started by Mr. Prateek Shukla, Mr. Yogesh Bhat, and Mr. Nrupul Dev in 2019. Masai School offers coding courses for technology aspirants with both Online and Offline models. The students can decide if they want to pursue it online or offline.

Masai School has raised $5 million in a Series A round led by Omidyar Network India. Existing investors Unitus Ventures, AngelList India, and India Quotient also participated in the round.

FrontRow has raised $14 Million in their Series A round. The round was led by UK-based Eight Roads Ventures and USA-based GSV Ventures in September 2021. The existing investors Lightspeed Ventures and Elevation Capital also participated in the round. The round also saw participation from Entertainment personalities like Mr. Vishal Dadlani & Raftaar, and Entrepreneurs like CRED’s Mr. Kunal Shah, Unacademy’s Mr. Gaurav Munjal, and ShareChat’s Mr. Farid Ahsan.

From children between 6 years and 11 years to the higher education aspirants, these EdTech startups have tapped the whole learning market. These startups are reshaping the education industry and how learning happens. Contrary, to the conventional textbook approach, these startups, through harnessing the power of technology, provide avenues to better learning for students.

The EdTech industry has received funding to the tune of $2105 Million in 2020 alone and with many more Startups getting funded in 2021, the number might go even higher this year. The EdTech Sector’s boom isn’t looking like slowing down anytime in the near future.

Image 2: Fotokannan, CC BY-SA 4.0, via Wikimedia Commons
Get the Latest & Recommended articles in your Inbox

This Page Has Inspired
1070
People So Far..
Any facts, figures or references stated here are made by the author & don't reflect the endorsement of iU at all times unless otherwise drafted by official staff at iU. This article was first published here on 8th January 2022.