Disciplining your mind with the help of smart drugs

Smart drugs are taking over the world by storm due to their cognitive-enhancing properties. They are highly popular among college students who have tons of work to manage within a short period. But the question that arises in the mind of many is that are these "cognitive enhancers," or better known as "smart drugs," really that effective? Well, that is what we will find out in this article!

What Are Smart Drugs?

So, those of you who are unaware, smart drugs are those drugs that enhance the cognitive performance of the person. These are famous due to their capability of improving memory, increasing concentration, intensify mental alertness, boost energy levels, and wakefulness. If you think about it, these are all the features that a student would idealize during their four years at college.

Historically, cognitive enhancers were used to improve the level of attention and focus among people suffering from attention disorders, sleepiness, or narcolepsy. Over time, people have begun to use these drugs to enhance their cognitive performance as well.

How Do They Work?

Although research regarding the exact mechanism of action is inconclusive, there is sufficient evidence to show that these drugs allow the brain to use more oxygen by increasing blood flow. Others show that these drugs increase the body's adrenaline levels. This, in turn, helps people to stay more awake and aware of their surroundings. 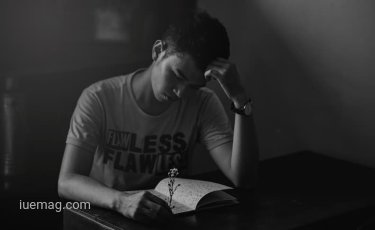 As of 2020, there are only a limited number of smart drugs that are available to the public. Among these, the most common and widely used drugs are:

Among this list, the favorite one among people, especially students, is Modafinil.

Of course, there are other drugs such as Ritalin or Adderall that are just as effective with regard to cognitive enhancement. The main argument in favor of Modafinil is its safety. Modafinil isn’t addictive and overdosing on it is almost impossible. Since its rise in popularity and fame as being the “closest thing to the genius pill from the movie “Limitless”, Modafinil has helped people achieve success by improving their performance in complex and time-consuming tasks. Other studies have also shown enhanced decision-making skills and planning capabilities.

Modafinil is the smart drug of choice among people due to its performance-enhancing properties that can benefit the workforce, as well as students. If you think about it, this is good for a country’s economy.

Modafinil, also known as Provigil, is an FDA approved drug that was manufactured with the intention of treating people suffering from sleep disorders. It does not take away all your sleepiness but does help you stay awake for longer hours without harming concentration and attention. Therefore, people use Modafinil so they can stay awake and spend long hours doing work without losing focus and keeping full on-task attention.

The increasing popularity of Modafinil is evident by the fact that around 650,000 people had prescriptions for Modafinil back in 2011. This number had jumped up to a massive 1.9 million by 2012. 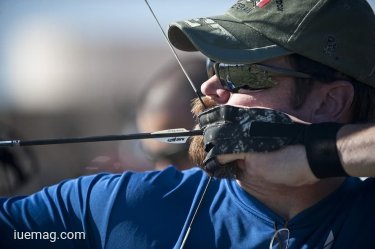 Side Effects Of Modafinil

As mentioned earlier, there has not been enough definitive research to conclude the long-term side effects of using smart drugs like Modafinil. However, certain studies and analyses show the possible short term effects of using cognitive enhancers. As far as Modafinil is concerned, there are some short-term side effects that you might need to consider before you start using it. These include:

These are the most common side-effects that you would possibly face after consuming Modafinil. Fortunately, side effects can be avoided if you drink enough water and take it in the right setting. However, keep in mind that the long-term effects are not conclusive yet.

What Does The World Say About It?

Modafinil is pretty popular among those who use it. The results are astonishing and do give the consumer an edge over other people. It is so useful for students that there have been arguments and debates on whether or not consuming it is ethical as it gives an advantage to students who use it over those who don't.

Anna Katharine Brem, who is a postdoctoral researcher at Oxford, said, "In the face of vanishingly few side effects in the controlled environments, Modafinil can be considered a cognitive enhancer."

Another study conducted to see the usefulness of Modafinil showed that inducing it made people feel the tasks more pleasurable. The more complex the jobs were, the more useful Modafinil turned out to be for the consumer.

Moreover, the best part about Modafinil for healthy people is the fact that it is considered a reasonably safe smart drug, according to the journal by the European Neuropsychopharmacology.

Unfortunately, doctors can’t prescribe it, which is why people prefer to buy Modafinil from online vendors.

Conclusion
Get the Latest & Recommended articles in your Inbox

Subscribe!
In a nutshell, consuming these smart drugs, especially Modafinil, is an excellent way of disciplining your mind and enhancing cognitive performance. Millions of people use it around the world due to its capabilities, and the numbers only seem to increase over time. Therefore, it is safe to say that drugs such as Modafinil do take you ahead in life.
Copyrights © 2023 Inspiration Unlimited eMagazine

This Page Has Inspired
1441
People So Far..
Any facts, figures or references stated here are made by the author & don't reflect the endorsement of iU at all times unless otherwise drafted by official staff at iU. This article was first published here on 2nd March 2020.