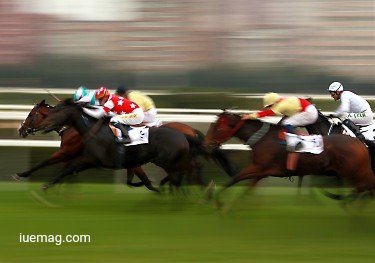 Irish jockey Rachael Blackmore made history at the 2022 Cheltenham Festival by becoming the first female rider to win the Cheltenham Gold Cup. She guided A Plus Tard to victory in the most prestigious event in the sport.

Blackmore had to settle for second place in the race in 2021 onboard the same horse. It was a different story this year as the pair went clear of their rivals up the famous hill at Cheltenham racecourse, finishing 15 lengths clear of the field when crossing the finish line.

It capped off another excellent week for Blackmore. She began it with success again in the feature race of day one. Honeysuckle defended her crown in the Champion Hurdle. The Irish mare could soon become one of the most famous racehorses in history. A third Champion Hurdle in 2023 will help her do that.

Blackmore was then cheered home by 73,875 spectators on Gold Cup Day. They gave her and A Plus Tard a fantastic reception when they returned to the winner’s enclosure following their victory in the Blue Riband event in the sport. The 3/1 favourite reversed the form with stablemate Minella Indo, who had to settle for the runner-up spot this year.

Two of the greatest jumps jockeys heavily praised the Irish rider in history after the Gold Cup. Tony McCoy and Ruby Walsh discussed how Blackmore remained patient with A Plus Tard and resisted the temptation of going for home too early. A Plus Tard has now been given a rating of 180 by the official handicapper, the highest in the sport. He is likely to return to the Festival in 2023, where he will be bidding to add his name to the list of greats who have won the race in back-to-back years.

It has been an excellent 12 months in the sport for Blackmore. She was successful in the world’s most famous steeplechase in April 2021, as she steered Minella Times home in the Grand National. The Irish horse prevailed at odds of 16/1. She was a popular winner, as many horse racing bettors had a lot of confidence in the Irish rider.

Blackmore will now be hoping her horse can defend his crown when he returns to Aintree for the 2022 race. He is 18/1 on some of the best horse racing betting sites, such as LVBet or 888sport, which are recommended by review sites. Those placing a bet on the bet365 platform on the defending champion may be able to pick up a free bet on the race. There are betting guides and comprehensive reviews of each operator, as well as odds and bonus information on the platform. Minella Times has a tougher task this year as he has been handed a 15lb higher weight allocation. There are six horses ahead of him in the ante-post betting. It is headed by Any Second Now at 10/1. He finished third in 2021 behind Blackmore’s mount but is fancied to go two places better this time.

The Punchestown Festival is another major meeting Blackmore will be looking forward to. It takes place in later April, and it is the final big festival before the 2021/22 National Hunt season concludes. Blackmore could partner with both of her two Cheltenham Festival winners at Punchestown. Honeysuckle is likely to run in the Punchestown Champion Hurdle, where a clash with Supreme Novices’ Hurdle Winner Constitution Hill is a possibility. The connections of the latter have said they are happy to take on the unbeaten mare.

A Plus Tard may also have one final assignment this season in the Punchestown Gold Cup. He could face many of his rivals in the division, including stablemate Minella Indo and Galvin.

Given what she has achieved this year, Blackmore is likely to be in contention for more awards at the end of the year. In 2021, she was named the BBC World Sport Star of the Year, while in Ireland, she won the RTE Sports Person of the Year. She has put down an early market for those two prizes again.

When Blackmore reflects on her season, she will do so with a lot of pride. Her latest major wins are unlikely to be her last at Cheltenham, as she will be a jockey who is in high demand in 2023.
Get the Latest & Recommended articles in your Inbox

This Page Has Inspired
1034
People So Far..
Any facts, figures or references stated here are made by the author & don't reflect the endorsement of iU at all times unless otherwise drafted by official staff at iU. This article was first published here on 31st March 2022.