Read the story of the man who used his physical disability, as a qualification to create a positive change in the minds of people!
This Page Has Inspired
4765
People So Far..
“As my caretaker smoothly guided my wheelchair onto the stage, an estimated 500 strong audience broke into an applause. I was conducting an inspirational seminar in Mumbai, India for an international IT company. They were curious to know how a 90% paralyzed man completely confined to a wheelchair can inspire or help them in any way. In a split second my mind travelled back 16 years, to an accident.”

If you have missed to read the first part of his journey that shows what it means to fight one’s death, read it here 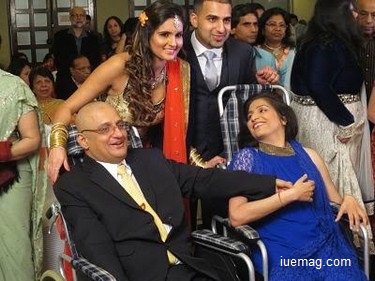 He disclosed about his feeling to Eesha, his wife, “I am still feeling an emptiness within.” She helped him realize that he wanted to reach out to others, inspire them to fight against their adversities, sharing his own example of resilience, grit and death defying survival/victory. “Yes,” he acknowledged, “Now it’s time to share my life” he said. With all the situations in the family getting better, although paralyzed, he decided to spread his life’s story to the world.

Life tried to test him more, when one day there was no one else at home, except his wife and himself. The doors were closed, the windows were shut, he was sleeping on the bed, when his wife was serving him food. After being fed, while she got up to leave the room, fate tried to play with her life too. She immediately fell on the floor paralyzed, unable to speak or move. The calm house, that had no one else inside, became a house of mourns. Shocked seeing the situation, and still laying on his bed helplessly, he began to scream louder and louder asking for help. The screams continued for hours, until it was heard by the watchman. Breaking the closed door, he tried to help both of them. “It was another shocker of  my life when the incident happened. My parents who were still trying to come out of the pain they had due to my health issues, had to undergo more pain. My wife still suffers a lot more than me. Not being able to help me, more than herself, is the biggest pain she still undergoes” he says. Eesha was by then diagnosed with a deadly degenerative disease called multiple sclerosis which has no cure. Her health deteriorated over the months and  slowly, she lost 70 percent of her vision and 90 percent of her speech.“Despite her being completely bedridden for the last nine years of her debilitating condition, we stood stoically beside each other like pillars of support. Both our medical conditions are not curable, because we are here to cure others through our conditions. I thank god for this! Rock bottom became the foundation on which we rebuilt our lives. We came to observe life very closely. We realized that the human spirit is far stronger than anything that could happen to it. We also realized that giving is the highest level of living. I shut down my thriving interior designing business to answer my divine calling, which was to reinvent myself as an inspirational and motivational speaker. My wife is unable to accompany me physically for my seminars but she is always there in spirit as a part of Mission Positive Earth.” are his powerful words. 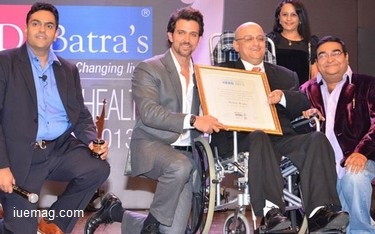 Meet Mr Girish Gogia, 40, Inspirational Speaker - The Positive Man, whose life is in itself a story of strongest inspiration one could ever find. “I thank god from the bottom of my heart. When people ask, I say this is not paralysis. It is some kind of a qualification that god has given me, because of which I am doing what I am doing. I am so fortunate to be making a difference in millions of life, by sharing our story. People ask ‘How can you be so happy when you cannot eat a morsel on your own?’. According to me, disability is in the body and not in the mind. At the same time, happiness is in the mind, not in the body. I chose to be happy and I am the happiest person on earth.” share Girish, with a big broad smile.

Looking back, he feels that he went through and continues to go through all the challenges, because of the divine plan to prepare him for bigger challenges to accomplish ‘Mission Positive Earth’. Girish started sharing his journey with people at orphanages, NGOs and old age homes. Soon these small talks turned into bigger corporate conferences and seminars for MNCs and educational institutions. He revisits the time, “Every time I go to the corporate, or underprivileged sections or NGOs, the amount of blessings they give, explain limitless potential from my own life’s experiences. It is worth a million dollars, rather priceless when I see their lives change, when I see them getting ready for the fight, with a positive attitude. I do not make money in papers, but I have made seven billion, in terms of blessings which is way more valuable. Money cannot buy those warm hugs I get from people.” 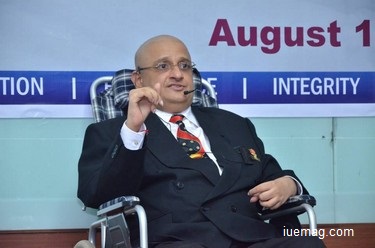 The last sixteen years have not been easy for a man who is neck down paralyzed. The amount of adversities and fire burning inside that said, “God has chosen you for this mission. You are small little hope messenger, who will make a difference in millions of people” has kept him moving. Girish received the Karmaveer Chakra, The Positive Real Life Hero Award, the MTC Global Top Ten Thinkers Award and many others, “But I do not work for awards or honours” he says, “My real award is when someone tells me , ‘IF YOU CAN DO IT, SO CAN I’. Yes, I do receive generous donations from big corporates for every motivational seminar that I conduct, most of which I channelize towards similar programs for the underprivileged sections of society.”

Girish continues to speak out the inner voices to tap the ultimate human potential. His belief to be the support to make this world better is bound to make anyone take action.

With that, he voices, “Does it matter that I have lost sensation in 90% of my body and my respiratory function is only about 50%, that I cannot drink a drop of water on my own or eat a morsel of food on my own, that my four limbs don’t function leaving me completely dependant on my caretaker round the clock, that I have zero control on my bladder and bowel or that if I am neck downwards completely paralyzed ? What really matters in life is that I am neck upwards wise and positively analyzed. I still have a heart that beats, a soul that feels and a mind that thinks optimistically. Dear readers, never give up in life or lose hope as we humans are born to win. Only those who have the strength to overcome are faced with hardships. So don’t run away; don’t escape. Let those hard times ignite the strength within your heart and blow away your adversities. Let us each be grateful and thankful for this wonderful, amazing and priceless opportunity called life. Indeed our I CANs, I AMs and I WILLs are far more important than our IQs.”
Get the Latest & Recommended articles in your Inbox

Subscribe!
“All that lies behind us and all that lies in front of us is too little in comparison to what lies within us. Every challenging situation actually brings us closer to our inevitable victory!”

As we spoke about his journey over the phone call, I thanked him for his inspiring words that left me with millions of positive thoughts; His caretaker removed the phone from his ears and disconnected the call. I got back with more inspiration to write what you read today! If you have ever felt the inspiration, reach out to Girish to share what you learned, at mrpositiveindian@gmail.com
Copyrights © 2023 Inspiration Unlimited eMagazine

This Page Has Inspired
4765
People So Far..
Any facts, figures or references stated here are made by the author & don't reflect the endorsement of iU at all times unless otherwise drafted by official staff at iU. This article was first published here on 25th March 2016.
IJ Kavyashree
IJ Kavyashree is a contributing writer at Inspiration Unlimited eMagazine.