Dream and The Universe Shall Conspire to Make it Happen! - The Journey of Dr Rajashree

This Page Has Inspired
1049
People So Far..
Dr. Rajashree is the Founder of Catalyze Center for Learning Pvt. Ltd., an E-Learning platform for the coaching of Competitive Exams, K12 Learning, CBSE & ICSE Curricula, Australian Curriculum among others. 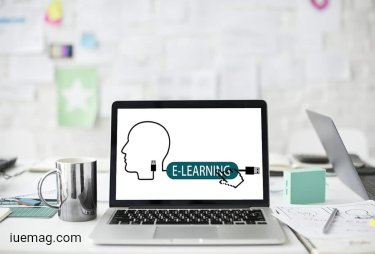 Dr. Rajashree– A research scientist who started her entrepreneurial journey in online tutoring much ahead of time when learning online was not much heard of in India.

Dr. Rajashree says that she always longed to do a Ph.D. as she was academically very inclined. She was working in the biotech industry in R&D and later on held many key positions including a strategic business role. Little did she realize that it was preparation for where her career would take her. After her initial stint of more than 10 years in the biotech industry, she quit her job intending to pursue her Ph.D.
The MNC offered assistance during her Ph.D., however, she declined the same as she felt that she might pursue something that would lead her to a different path. During her Ph.D. days, she got a chance to interact with a lot of students. She realized that very few students were able to grasp what was being taught in the classrooms and they performed well.
The other students had lots of doubts which were individualistic in nature. When these doubts were addressed on a one-on-one basis, they had the potential to get good results. That is when she could see the value of personalized learning as additional support. This acted as a spark for her to start her venture, an online tutoring platform to provide personalized one-on-one learning programs. The company Catalyze Center for Learning was started in 2008 with this idea.

Every entrepreneur faces many challenges in his/her entrepreneurial journey and Dr. Rajashree was no different. When she started Catalyze, she could give it only limited attention as she was also doing her Ph.D. The early years were full of many challenges, technology was not so advanced and this was a concept ahead of its time. Erratic power supply and patchy net connections just made the path more difficult. Preparing the tutors and students to become tech-savvy and creating a mindset change was very slow and painstaking. Face to face tutors were preferred over online.

After her Ph.D., she took up the role of an Associate professor in a college in Coimbatore and observed very similar patterns of individualistic doubts with many students. In 2013, she saw a palpable change in the market and a shift in the thinking of students and parents. People were spending a lot more time online and the technological revolution had set in. It was around this time that her family decided to shift to Chennai. Moving to a big city also brought with it several more conceptual changes.
In 2013, she decided to put all her energies into her entrepreneurial venture. She felt it was time as people’s mindset had changed, the parents and students were open to online tutoring as it saved travel time. One could learn from the comfort of one’s home and get personalized attention. Good net connectivity was just a bonus. The challenges faced in the earlier years didn’t appear like challenges anymore.

Dr. Rajashree says, in 2008, Catalyze had a team of two people, she and one more teacher who worked as coordinator and administrator. The two of them managed all the classes and slowly as the students came, more and more qualified and experienced teachers were hired. Gradually 2013 onwards, the student’s requirements for different subjects started pouring in and they started catering to their needs.
What started as a single student in Coimbatore, grew to having students in every continent. Currently, they are close to 25,000 tutoring hours and have catered to 6500 plus students. Dr. Rajashree says that the business is self-sustaining. Most of the core team members are women and the company takes pride that they have tutors not only pan India but also from all over the globe. The fact is that the online access makes it easier for anyone to join from anywhere. Over the years, the company has diversified into 3 verticals comprising of after school help, competitive exams and spoken English.

“When I made up my mind to become a fulltime entrepreneur”, says Dr. Rajashree. She has built a strong team now that makes her moments defining at every step. It was the team’s choice to showcase Catalyze Center as a work-place of Joy.

Dr. Rajashree shared that though the student base is enormous; she makes it a point to talk to each student on a personal level to understand them and their unique needs. During these sessions, a lot of information exchange happens which helps in shaping and molding young minds. Dr. Rajashree says that she is a teacher at heart and these sessions are always a combination of academic enrichment and psychology.
Few instances: A boy from Riyadh was very intelligent in answering all the questions. His only problem was he was not able to write the same on papers. We identified that he was forced to write in the right hand though he was a left-hander. Another incident wherein a Mumbai state board girl who was a topper in 10th was shifted to ISC board for 11th standard and she failed in the exams. Her father complained that online tutoring was not working. On intervention, we found that she was not interested in pursuing Science. She was interested in Psychology. Her father understood later that it was a wrong decision and agreed to let her pursue Psychology after 12th standard, which was the girl’s passion. “We had to work intensively as a lot of damage was done in the first few months. But she bounced back and did well in her exams and got good results.” Dr. Rajashree reminisces.

Dr. Rajashree quotes a value deeply ingrained in her “Excel in whatever you do”. This was acquired from her mother who groomed her to strive for excellence in all aspects. Her parents have been a great influence who allowed her to go to Michigan State University in the early nineties to pursue her Master’s degree. They did not pressurize her to marry and didn’t accompany her abroad as was suggested by few well-wishers since she was the only child, instead they gave the freedom to study in a foreign country which was not very common in those days in India.
Three years of staying away in the US made her a very independent individual. She learnt to do everything on her own and she says it was a liberating experience in many aspects. Though her dad wanted her to stay back in the US and explore opportunities there, Dr. Rajashree came back to India. She says she was still single then and had the freedom to stay back or return to India. She came back to take care of her parents and got married. Her husband has always been a support system.

Dr. Rajashree says, “Entrepreneurial journey is always about self-seeking and contribution to others. Be sure of yourself, as people will join you when you are willing to contribute to their growth. Always have a plan in place, especially for people who are working in a job and aspire to be an entrepreneur. Don’t suddenly jump as it may look glamorous but the path is hard. It is a continuous process of learning and expansion. Check your risk appetite.”

“Evaluate the feasibility of your business idea and the financial viability before executing it. Every venture has its own set of teething issues.”

“Follow your gut. See where you are going and make it work for you with realistic goals.”

Dr. Rajashree says, “The fact that we are making a difference in the lives of so many students is gratifying. Contributing to qualified talented women and providing work from home opportunities is a huge success.” The name Catalyze was chosen by Dr. Rajashree as she believes that her venture acts as a catalyst in accelerating the students to achieve their potential.

We intend to expand into zones that are more creative in the future. She has not approached any external funding so far for her venture. She says that when the time is right and if it is for the benefit of the organization, she might consider the option.
The vision of the organization is “to be a global leader in education, igniting young minds and inculcating a passion for knowledge, ensuring every student achieves his or her personal goal, in a safe, positive and nurturing environment.” Extending this to online schools and finishing schools is not far off.

This is an excerpt from the book Erupt With Joy authored by Ms. Savitha Hosamane [available on Amazon.com & Amazon.in]

This Page Has Inspired
1049
People So Far..
Any facts, figures or references stated here are made by the author & don't reflect the endorsement of iU at all times unless otherwise drafted by official staff at iU. This article was first published here on 26th May 2021.