The Origin of Horse Racing

Horse racing is an ancient sport that dates back to 4500BC in Central Asia. Over the years, it’s gone through many iterations, from being a regal sport with royal associations to the betting favorite it is today. Read ON!
This Page Has Inspired
1419
People So Far.. 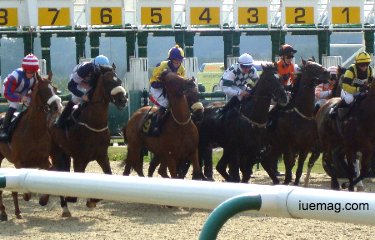 Racing is one of the most popular sports in the world and there are a vast array of events taking place every day around the world. But how did racing become the popular sport that it is today? We take a look at the origins of the sport and how it’s evolved over the years. If you’re just starting to bet on horses, you should probably research before needlessly taking a punt.

Since the earliest recorded history, horse racing has been an organized sport for several major civilizations. The earliest record of horse racing as entertainment is from ancient Greece and the Roman period, where chariot racing was a popular activity. The origins of racing as we know it today come from the 12th century when English knights returned from the Crusades with Arab horses which were renowned for their speed and strength. Over the next four centuries, these horses were bred with English mares in order to produce horses that had the most agility and endurance.

Throughout the reign of Queen Anne, between 1702 and 1714, racing became a popular professional sport where match racing involving multiple runners and where spectators wagered on the outcome. As the interest in the sport increased around the UK, the purses for races also increased. This made breeding and owning racehorses incredibly profitable for the first time. The rapid expansion of the sport meant that there was also a need for governing authority. In 1750, the elite members of the sport met at Newmarket in order to form the Jockey Club, which is still the governing organization that manages English racing to this day. 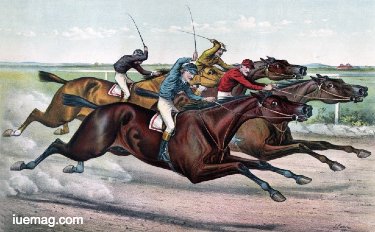 While science has yet to find the perfect formula to create champions, breeders have been increasingly successful with each passing year in breeding thoroughbreds which are able to perform incredibly well at the racetrack. There are two main principles that breeders work to when producing winning horses.

- The first is that the thoroughbreds with the best racing capabilities are more likely to produce offspring with similar talents.

- The second is that those with certain pedigrees are also more likely to pass on their racing genes to their offspring.

Stallions have the highest breeding value as they can mate with as many as 40 mares a year, and the more successful the stallion is in competitions, the higher their value.
Get the Latest & Recommended articles in your Inbox

Betting on the outcome of horse races has long been associated with the sport. In fact, it’s one of the main sources of appeal for many people who attend races. Punters can bet in a number of different ways on races, from which horses will come first, second or third to accumulator bets where multiple bets are placed. The innovations of online betting have also made making wagers on horse racing even easier, further increasing the appeal of the sport for bettors.
Have you ever been to a horse racing event? What's your most "worth a recall" experience? Comments below await a read from you.
Copyrights © 2023 Inspiration Unlimited eMagazine

This Page Has Inspired
1419
People So Far..
Any facts, figures or references stated here are made by the author & don't reflect the endorsement of iU at all times unless otherwise drafted by official staff at iU. This article was first published here on 9th January 2020.