The Evolution Of The Football Kit: 1980s To Now 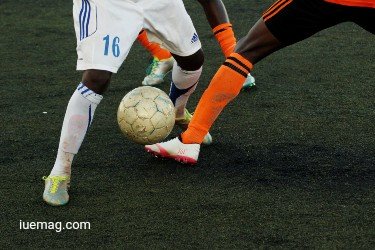 The football kit has played a pivotal role in the game almost since its inception. In the beginning, the kit focussed more on aesthetics as opposed to the sport itself. Over time the smarter kits were reworked with lighter materials and the team’s logo. However, it was arguably during the 1980s that the culture really took off, aided by the creation of replica kits entering the commercial space for the first time. So, let’s get into it.

The 1980s marked the first time that sponsor logos took centre stage on football shirts. The brands became as much a part of the design as the club colors. The businesses that chose to sponsor the football clubs saw a huge boom in business. Kit designs were still somewhat conservative, with the traditional patterns remaining integral to the design. However, as the kits entered the commercial space and their popularity grew, they became a huge business in their own right, with all forms of football fans wanting in. This surge in popularity then drove forward the innovation of the kit design.

It was during this decade that the presentation of football matches really took off. The stadia became better equipped, and the coverage of the matches grew exponentially, including television coverage. As a result, the club’s brands became more central to the evolution of the kit designs. It was also a time for experimentation with some clubs going for more exciting designs and the use of – at the time – cutting-edge materials.

However, some clubs did decide to stick to the tried and true designs. In fact, a lot of the designs from this era became fan favorites and survived until today. Some fans are still on the search for retro football shirts from this time period because of the design and nostalgia that they hold. Classic Football Kit has a range of vintage kits from this decade for clubs from around the world that make for the perfect collective, addition to your wardrobe or even a gift.

During the 2000s, other sportswear brands began to grow in popularity to dominate the scene. At this point, kits became fashionable, and the demand continued to increase. Fans began to pay more and more money to get the replica of their choice. Third kits also became commonplace. Designs tended to skew traditional for the most part, but third kits were the exception; they featured bold designs. This decade also gave rise to some iconic kits.

There is no denying that football is a global industry with teams and fans all around the world. These fans spend millions of pounds to support their teams each year. As a result, clubs continue to experiment with bold designs, utilizing textures and patterns while trying to stay true to their club colors.

The Bottom Line
While the history of football kits can be traced back a lot further than the 1980s, that was truly a turning point for the designs. It marked a new era, where fans could buy replica kits for the first time and feel more a part of the game. Of course, the kits themselves will continue to evolve as fashion does, which makes it difficult to predict where they could go.

Image 2: Image by Dimitris Vetsikas from Pixabay
Get the Latest & Recommended articles in your Inbox

This Page Has Inspired
1044
People So Far..
Any facts, figures or references stated here are made by the author & don't reflect the endorsement of iU at all times unless otherwise drafted by official staff at iU. This article was first published here on 26th March 2022.