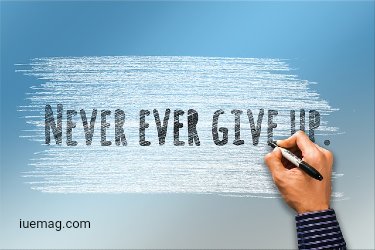 Jayasheel was brought up in a joint family with an agricultural background by his grandparents in a village in Mangalore since he lost his mother at an early age. He attributes his life skills and learnings to his growing up years. He had to walk 5 km to attend primary school and 8 km for high school. He got selected for mechanical engineering in SIT, Tumkur as he had good scores in-spite of having no exposure to academics in his family. His elder brother; a B.Sc graduate, was working in Chennai for Steel Age Industries (Minimax) and was extremely good at Marketing. His elder brother’s boss recommended Jayasheel for a post at the Mumbai branch. Jayasheel took up the offer, moved to Mumbai/Chennai and worked for 6 years. By then he had gained a lot of exposure and experience. So, he finally quit his job as he felt the need of doing better in life and giving back to the family who had always supported him. His family had lost vast expanse of land due to the land reforms act of 1971.

After quitting his first job, he took up the role of marketing for fly-catching machines. His previous company offered to take him as a consultant until they found a good replacement for Jayasheel. He managed both his old job and his new marketing venture for 6 months. He was then offered a place by a relative to start up on his own without any rent. He started his venture Usha Sales Corporation, marketing anchor fasteners in Chennai and was able to make a good deal of money. He moved out of his relative’s office to his own office in Chennai. Meanwhile, his brother also quit the company and joined him. Jayasheel was managing Usha Sales Corporation and his brother started Usha fire and safety equipment. His cousin brothers also joined them in Chennai and one of them started a branch in Hyderabad. In 1991 Jayasheel shifted to Bangalore & founded Usha Armour Pvt. Ltd. which was a life and safety providing company focused on software companies that were mushrooming in the early nineties in Bangalore. He got married to Neeta and propelled her towards setting up her enterprise. She had the flexibility and full freedom to experiment with her ideas. He encouraged her to continue in her venture even after their kids were born. Eventually, Prakriti Herbals has come a long way today.

Both the brothers were gifted with the skill of training in fire safety and were the first to start the trend of basic fire safety training programs in companies, which in turn helped complement the sale of fire safety equipment. They expanded pan India with each brother heading different regions. They collectively operate as a single entity with fine demarcations of individual independent holdings. 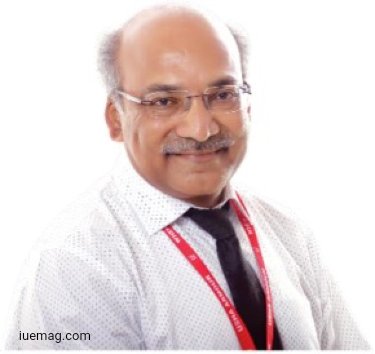 Jayasheel shares that their initial clientele comprised of engineering companies like Kirloskar, Mico, Widia, BPL, etc who were big names then. He has been a witness to the growth of software companies like Infosys, Wipro, during their early developmental stages. He remembers training their workforce at guesthouses in Koramangala as there were no specific training rooms in Wipro’s city offices then. Wipro was one of the first companies to instill the concept of Emergency Response Teams (ERT) and conduct fire safety and evacuation drill training. Jayasheel expresses his immense gratitude to Azim Premji, as Wipro training sessions helped them to sharpen their skills and become market-ready.

By the late nineties, the Usha Armour & Usha Fire group had grown substantially and branched out to Hyderabad, Chennai, Pune, Mumbai, Noida, Gurgaon, etc. They were able to extend their services to multinational companies pan India and have thus established a strong presence in the B2B space for the last 30 years.

When they first introduced the concept of evacuation drills, even four-floor levels were considered as high-rise buildings in Bangalore and Chennai. It was only later that the number of floors increased to 5 levels and gradually rose to 20 floors and beyond. The popularity of the training rose along with the increasing building heights as they had to follow protocols and had Standard of Operating Procedures (SOP). MNC’s requests for training requirements were detailed and laced with clarity. Their training needs were met by Usha Armour and included basic life support, handling situations of choking, heart attack, cardiac arrest, and evacuation drills for evacuating people within 2.5 minutes from the floor/building.

Jayasheel states that they supplied portable extinguishers, signages, wheelchairs, first aid kits with safety training to companies for many years. He noticed that some of the critical products were imported and wanted to make them in India. He then ventured to manufacture these products in India and with his team, he was able to design similar workable products. They were the forerunners in India in designing the innovative evacuation chairs, escape smoke hoods for filtering deadly smoke, foldable stretchers, oxygen kits, which can be pulled out and used as an accessory with the evacuation chair. They were able to improvise the products in terms of convenience and usage as they were well aware of the customer’s medical needs. For example, the evacuation chair has a special bracket to hold the oxygen kit, which supplies oxygen for 55 minutes. They need not have to wait for the ambulance or the hospital to get life-saving precious oxygen as was the case earlier.

The innovative made in India – Resguardo products have been very well received in the market. They are priced reasonably and cost much lesser than their imported counterpart’s cost. There is no waiting period of 3 months for shipping or for spare parts as they are manufactured locally. They have an impressive range of life-saving products manufactured in house with 16 design registrations from the Controller General of Patents & Trademarks, Government of India to their credit, which is a feat in itself. The patent certificates, which greet you at the reception is a visual treat for any visitor. A dedicated research and development team has been set up which works constantly on bringing out innovative products and also newer versions of various categories of products for in-house manufacturing. They are constantly re-inventing themselves.

Jayasheel feels that there is a huge scope for manufacturing products in India. A lot of products that are being imported can be designed and developed on the Indian soil itself with little support and encouragement. The make in India concept is a matter of huge pride and honor for him and he says it is now catching up in the manufacturing sector. He is a sterling example for the next generation of entrepreneurs.

At Usha Armour and Resguardo, it is indeed heartening to note the opportunities meted out to candidates who are not very high scorers or highly qualified. The entry-level is from the service mechanics stage itself. These candidates are trained in life skills of confidence building, raising self-esteem through group reading practices, learning, and development. They can independently give demos to clients within a short period. They are groomed to become marketing executives, officers, and branch heads. This approach helped to build and grow a vibrant marketing team. The products, which are being innovated by the in-house team have a database of potential customers whom they can cater to. The solutions go hand in hand and are a one-stop-shop for safety products for the end customer.
Usha Armour & Resguardo is a strong combination of innovative thinking, effective marketing and are quite open to the idea of exploring new products for workplace safety.

Jayasheel says that they believe in the motto of not leaving anyone behind in times of accidents. Some of their special products also address the needs of the differently-abled persons, who are being employed by many organizations today. The policies, instructions, and training also require special care and attention. For example, in times of emergency, a deaf person may not be able to hear the alarm beep or a visually impaired person who might not be in the visible range, needs to have certain reach out assembly points and numbers. Security staff members, who are not able to make verbal announcements as they panic, can take the aid of pre-recorded instructions in regional language through megaphones. The immense experience of 30 years has laid the foundation for growth for the next range of path-breaking products. 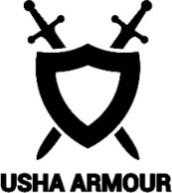 Jayasheel feels it is very unfortunate to note the lackluster response of high-rise apartment residents in terms of fire safety. There are alarms and sprinklers installed which may not function properly due to lack of maintenance in many cases. Though the Karnataka fire brigade safety norms say that at least 40% of the residents have to be trained in fire safety, the residents do not take training seriously. As a society, the maturity level is low for fire-safety training in high-rise buildings, which is a huge cause for concern. Jayasheel feels that there is still a long way to go although oodles of attempts are being made to create awareness for safety training in residential buildings. Elderly citizens, pets, immobile residents and bed-ridden people need immediate attention as the lifts are immediately grounded in scenarios like fire accidents, bomb threats, earthquakes, etc and can be rescued with an evacuation chair. An incident that pains Jayasheel even today is when one of their family friends; a singer lost her voice as her vocal cords were destroyed by smoke in the Carlton fire accident. A series of operations and insertion of an artificial voice box also did not help her to regain her original voice. Fire drills done once a year as a preventive measure for apartment residents would definitely help prevent such tragedies.

A young girl called up to thank Jayasheel for providing her basic life support training which helped her save her father who collapsed suddenly due to cardiac arrest. The doctor, in fact, asked her if she was a medico. This was indeed a big ah-ha moment for him.

Learning as an Entrepreneur

“The TATA’S have always inspired me with their high standard of ethics. Azim Premji has always been a real-life inspiration and I have tried to carry forward the value system of my grandparents, uncles and elder brother on the family front”. Constant learning in his field has borne a major stimulus.

Jayasheel has been the guiding light to his wife Neeta Adappa who carved out a niche for herself with Prakriti herbals. Neeta recently joined Usha Armour as one of the directors and is contributing to digital marketing with her team. Jayasheel is extremely happy with the results Neeta and her team are producing. The couple is happy that their daughter & son have shown keen interest in joining their business and are enthusiastic about scaling up the business to the next level, and also wish to be successful entrepreneurs in their own right one day.

Dream for the future

Creating a fire academy training center with state of the art, large scale fire simulations and safety training which will enable him to give back his 30 years of learning as an experience to the nation which for him is a much higher calling.

A remarkable aspect that I found in Mr. Jayasheel is his insistence on every woman to create her world and personal space for herself, even if the spouse is financially independent. He feels that every person is born to work. His journey has been a true inspiration for me personally.

While this article is truly inspiring and insightful, the book Erupt With Joy has a lot more content that you cannot miss reading. The book is available both on amazon.com & amazon.in for you to grab a copy of your own.

Any facts, figures or references stated here are made by the author & don't reflect the endorsement of iU at all times unless otherwise drafted by official staff at iU. This article was first published here on 2nd September 2020.
Most Loved On iU
Have something to share? Drop us a line below!
People who loved this also loved