Have You Tasted Failure? If Not Yet, Then When? 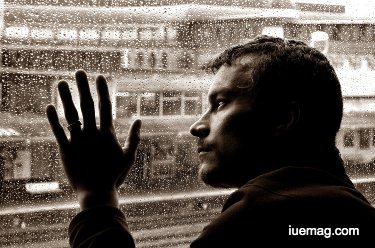 Failure undoubtedly is of absolute importance if you want to succeed and rather, there can be no success without a Failure. Meet anybody who has become Successful, read biographies, watch videos of lessons from the story of Successful people, be it Jeff Bezos or Michael Jordan or Steven Spielberg, or even Ed Sheeran; the one thing you would find in common in all their stories is Failure.

Apparently, Ed Sheeran had failed all his music subjects in his College. Well, that sounds interesting. Isn’t it? Given that, he has taken the world by storm through his spectacular Music compositions. J.K Rowling’s Harvard Commencement speech in which she shares about her Failures is another example. (Video has been added towards the end of the article for you to watch)

We might also have role models amongst our friends on in our Family circle who have become successful in their life in certain ways. I suggest that you meet them/communicate with them and learn their stories. It is a rare (almost nil) chance that you would find anyone who has become successful without having gone through a failure in Life. If you happen to meet any, I will be happy to get introduced to them.

Is it so important to have Failed? YES!

Have I failed? A big YES!

Now let me just take you through a particular phase in my school days when I first tasted Failure and how did it impact me. Let’s just have a short ride down my memory lane.

From the beginning of my schooling until my 10th grade, I had been an above-average student (at least this is what I assume being in Top 10-15 in a class of 70 means ;)). I was doing fairly well with my studies until then. Then, after the completion of my 10th grade, for my 11th & 12th grade, I had decided to shift to another school due to several reasons including better exposure and a much-needed change in the environment.

Now, if you have had an experience of shifting to a new school, you would know the immediate challenges we face in finding our groove there. New faces, new environment, new experiences and I was still getting adjusted to all of that and the examinations began within a month or two. I probably managed with the term examinations but that was the silence before the Storm. Three months had passed by and the quarterly examination stared right in the eye. 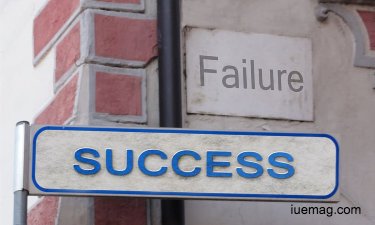 With less seriousness towards studies, not having still having gotten adjusted to the new environment; I performed terribly in the examinations resulting in me failing in 13 out of 14 subjects. It was certainly a nightmare as you could understand the situation of someone who had been above-average throughout the academics and splash goes the reality of failing in 13 out of 14 subjects. It was devastating to accept!


I had insisted my Mother to come so that I could try to escape the terrible onslaught that would occur if my Father did, but my requests to her went in vain and it was my father who entered the school premises at the time of the meeting. This phase also includes the funny incident of how I caught Fever because of the fear within a few minutes sitting outside the room of the Principal but more on this sometime later. Long story short, seeing my report, the Principal was furious, she told me to kneel outside her chamber while she complained to my Father of my report. It ended with my Father having to apologize to her several times and assuring to her that he would make sure that I study well.

What was the result and impact of that incident on me? Here is what happened:

- First, I took a challenge that this would never repeat.

- I started observing the Top Performers in the class and the aspects both in the content of their answers and how they were different, their style of Presentation.

- I started practicing the same. The transition from what I was used to in presentation in CBSE Board in which I studied earlier was way different from the state-board one that I was in now.

- The quality of my answers had to be enhanced by the inclusion of quotations and the presentation with the usage of glitter pens of different colors.

- I started my hard work towards getting better and started procuring the quotations from books, or any other sources I came across and had made a notebook of close to 30 pages with those quotations so that I could go through them and be able to use it in the further examinations.

- I started getting better by the day. By the time, it was annual examinations of 11th grade; there were no doubts that I would pass it all.

- I passed out of my 12th grade with 87%, which at the time of failing in 13 out of 14 subjects might have looked impossible.

What are the lessons Failure taught:

1. Failure made me more serious about what I was doing.

2. You start observing people around you who are better and learn from them only after you have failed. Until then, the value is not learned.

3. Our true Potential comes out after we have failed leading to our Growth.

4. It gave me an experience of the hard work that has stayed with all over these years.

5. It gave me a chance to locate my flaws and work on them.

6. It made me a better person.

Though this was not the only incident of Failure in my life, this was the first one and it was Life-changing.

Have you come Face-to-Face with a Failure?

Have you ever had any similar experience of a Failure in your Life? While, I would certainly be happy to know your experiences with Failure in the comments below; the biggest lesson that I have learned with my experience is ‘if you have failed at something, it’s Okay!’

The author of Emotional Intelligence 2.0, The Seagull Manager, & Founder of TalentSmart says:

“Failure is an inevitable part of life, but smart people know how to make it work for them. Learn how to use failure to propel you forward.”

“I’ve missed more than 9000 shots in my career. I’ve lost almost 300 games. 26 times, I’ve been trusted to take the game winning shot and missed. I’ve failed over and over and over again in my life. And that is why I succeed.” — Michael Jordan

J.K Rowling, in her popular Harvard Commencement speech, instead of probably highlighting the successes she must have achieved, shared the Benefits of Failing as she considered herself to be one of the biggest failures she knew. If you have missed the speech, here it is:

“It is impossible to live without failing at something, unless you live so cautiously that you might as well not have lived at all, in which case you have failed by default.” — J.K. Rowling

If you think the popular actor known by his reel name Rocky Balboa, Sylvester Stallone hadn’t failed, these are his words: 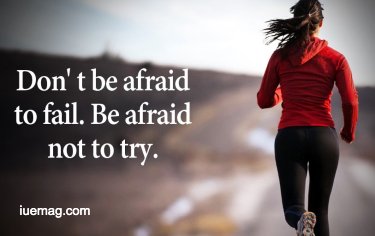 The industrialist Mr.Henry Ford, the founder of Ford Motor Company shares his piece of advice too:

“Failure is simply the opportunity to begin again, this time more intelligently.”

“Failure should be our teacher, not our undertaker. Failure is a delay, not defeat. It is a temporary detour, not a dead end. Failure is something we can avoid only by saying nothing, doing nothing, and being nothing.”

The above are some of the “Failure Quotes” that have not just inspired me but millions of people across the globe.
Get the Latest & Recommended articles in your Inbox

If you have had the experiences of Failures in your life, it’s good to take them as a source of strength and remember the growth that we would have had because of them. Recalling the Failure experiences individually might demoralize you until you have reached the phase in your life wherein you have been able to distinguish that as your past and it doesn’t define you.
If you have never failed, possibilities are that you haven’t tried anything new in your life. If that is so when are you that taking up? Let me know in the comments below. However difficult the phase of Failure may be at that moment, you will certainly come out stronger than what you are.
Copyrights © 2023 Inspiration Unlimited eMagazine

This Page Has Inspired
1058
People So Far..
Any facts, figures or references stated here are made by the author & don't reflect the endorsement of iU at all times unless otherwise drafted by official staff at iU. This article was first published here on 21st August 2020.
Kunal Jain
Kunal Jain works as an Outreach Specialist at iU