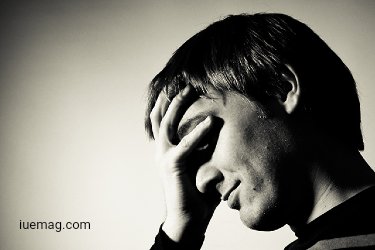 “Look in my face; my name is Might-have-been;
I am also call'd No-more, Too-late, Farewell” ? Dante Gabriel Rossetti, The House of Life

I fell in love with the above quote as soon as I came that across. Reason?

There would be many ‘Might-have-been’ in our lives. Has it ever happened that you had an opportunity and either you passed it to someone else or it got passed like the sand in your hand; like it was never yours?

But the worst of all are those that are missed!

Unlike many other ‘feel-good’ articles you might find around this subject, this won’t be. This would rather be an honest article! If you are ready, Read On!

While I’m not promoting the brand, but I certainly love the message of this Ad: 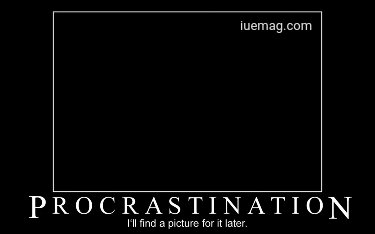 Popularly called ‘I will do it later’ syndrome and almost all of us have been through this at some point in time in our lives. I know I have a smile on your face if that ‘some point in time’ was a very recent one or is on-going.

You had an important work to be completed on your to-do and you thought “I will do it later” and the day you realized that the particular work has to be taken up, the deadline had passed. Experienced? I have had a very recent experience with this. 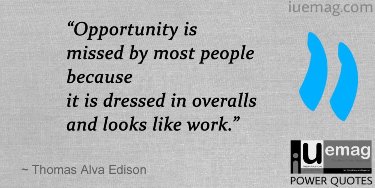 How many more such works or the things that you wanted to do in life are missed because you thought “I will do it later”? There are numerous, isn’t it?

Procrastinating on the action for the opportunities you had in your life, is one of the biggest reasons that you miss out on the opportunities because the ‘later’ never really seems to come. You keep taking up other things in your to-do that are less important and delay and postpone the important one. Procrastination could also be because you got engaged on social media endlessly or you were binge-watching Netflix.

Whatever the case might be, you must realize that if you want to grow in our life, it won’t work out this way. You can’t miss out on the opportunities because either you are too lazy to take it up or don’t give a priority to it.

Solution: The only solution that I found is to develop the “Do It Now” attitude. If there is a task at hand, just ‘Do It Now’!

One more important reason for missing opportunities is the fear of failure. Ever happened that a challenging project was assigned to you and you were worried about what will your manager and colleagues think about you if you failed? You doubted if you are competent enough to be able to make it? And let that pass. 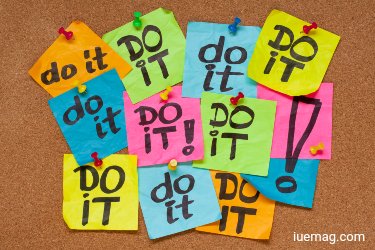 The fear of failure is much worse than the very failure itself. That’s when the leadership plays a strong role here. There is probably none who doesn’t get the fear of failure, but a leader takes it as a challenge, takes action on it, and performs his/her best. Even if turns out to be a failure, it is okay! The leader learns from it and gets better in the next attempt.

If any such people in your network inspire you with their attitude of taking up challenges, do share about them in the comments below. Let us appreciate their spirit and courage.

It might have happened that a project was assigned to you and you were confident to make it happen but the words of the people around made you give second thoughts about it. Those people could have been anyone amongst your colleagues, manager, friends, family members, acquaintance and they might have done it either intentionally or even unintentionally but the damage was done. You lost the confidence that you could do it and gave up on the project.

How to deal with the regret of missed opportunity?

Undeniably, it does get regretful when we have missed the opportunities. But how to deal with the regret:

Don’t be in a denial, it has happened and the faster you accept that fact and own that it was because of only you that the opportunity was lost, the better it is. Comforting words to yourself or by others to you mentioning that it was not probably meant to be aligned or it probably didn’t matter much, won’t help in such cases. It is important to face reality; accept it and own it. It might make you feel weaker for the short term but is beneficial for the long term. 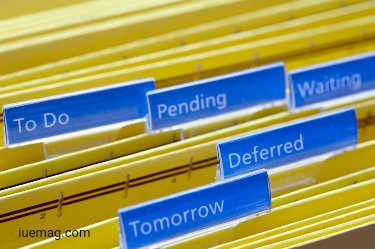 Every failure has a lesson to teach. Once you have accepted and owned it, you would be in a better frame of mind to make a note of the lessons of why didn’t materialize. Be honest when you are reflecting, it might be something as simple as ‘low self-confidence’ or even the ‘fear of failure’ that stopped you from taking it up.

Be alert and lookout for the next one:

“Don’t live in regret over missed opportunities, for if you do, you will miss even more.” - Charbel Tadros

You can’t change the past but you can make your present and future better by not repeating the mistakes of the past. Don’t carry the regret for long; else you would attract more such situations in your life. Instead, take it as a lesson and reinforce it. Be alert for the next opportunity and make sure when you get it the next opportunity, make sure to grab it without any hesitation and give your best in that and make it happen.

Some "missed opportunities quotes" that I love are here:
“An opportunity is like a train on the move. Once its doors have closed, it’s gone. But do stick around, another one is surely on its way, carrying with it better opportunities.” - Naide P Obiang 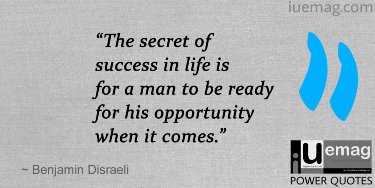 This Page Has Inspired
6725
People So Far..
Any facts, figures or references stated here are made by the author & don't reflect the endorsement of iU at all times unless otherwise drafted by official staff at iU. This article was first published here on 2nd September 2020.
Kunal Jain
Kunal Jain works as an Outreach Specialist at iU